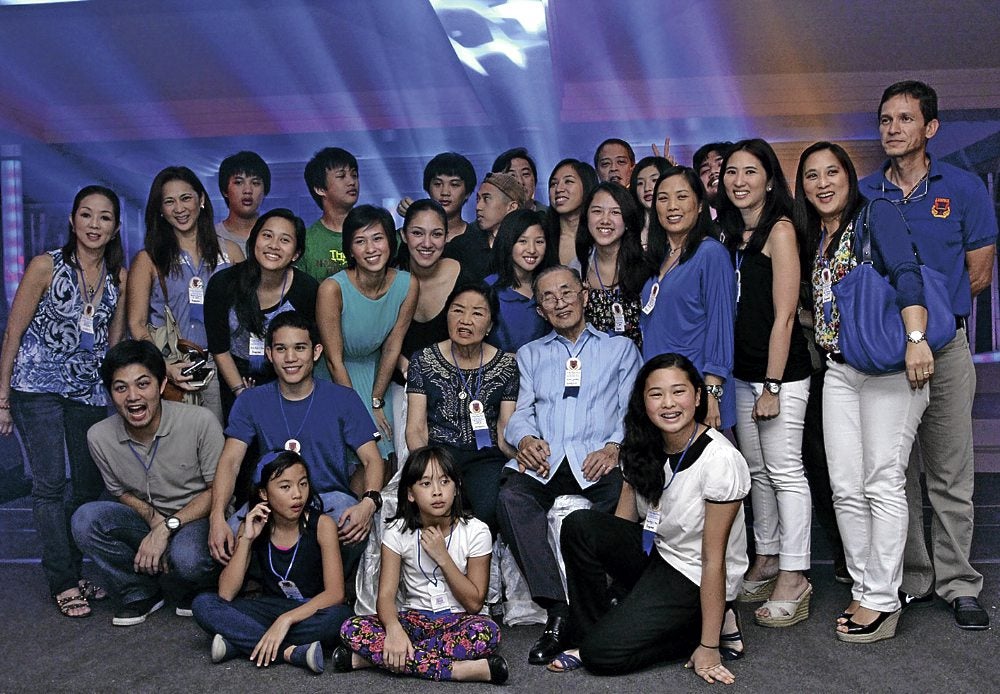 The powerful Lopez clan of Iloilo held its grand family reunion recently in Jaro, Iloilo, drawing 4,000 kin from all over the world.

Led by Lopez patriarch Oscar M. Lopez (OML), chairman emeritus of the Lopez Holdings Corp., and his wife, Marivic Concepcion Lopez, the clan are the descendants of Basilio Lopez and Sabina Jalandoni of Jaro.

The reunion was so big a whole committee had to be formed to organize it. It was composed of younger clan members such as Lourdes Jison Ledesma, Bettina Lopez Osmeña, Cedie Lopez Vargas, Alana Montelibano, Frannie Jison Golez and Lynn Lopez Medina.

Kicking off this très grand reunion was a fundraiser, the Lopez Cup golf tournament at the Santa Elena Golf and Country Club. It was organized by Ana Lopez Angeles and husband Manny. Beneficiaries were the Uswag Calunusan Livelihood Association and Sagip Kapamilya. Proceeds also went to a tree-planting activity in Barangay San Rafael in Iloilo City.

The grand get-together kicked off with a dinner-dance at the renowned Nelly Garden, ancestral home of Vicente Lopez.

The next day, it was celebrated at the Kalantiao Ballroom of the posh Sarabia Manor Hotel and Convention Center, where famille members showed off their singing talents during the amateur hour.

But the evening’s highlight was the dazzling musical, “Enduring Bonds,” based on the life of Basilio and Sabina Lopez, where several members of the Lopez clan strutted their stuff in four superbly choreographed dance numbers.

Then it was time for the younger and young at heart famille members to rock the dance floor to the sounds of DJ Joey Lopez Osmeña.

The grand reunion was the seventh in 30 years, said Bettina L. Osmeña.

The Lopez clan has a two-volume book chronicling its history. It has a complete famille tree up to the ninth generation, which is updated every five years, Lopez-Osmeña proudly explained.

The first reunion was celebrated in 1982 with the matriarch, Doña Lilia Lopez Jison, no less.

Since then, the Lopezes have been holding a grand reunion every five years, reconnecting the descendants of Agrapino, Clara, Eugenio, Eulolia, Franciscol Gregoria and Marcelo Lopez together.

In the end, Benjamin R. Lopez, OML’s youngest son, said the reunion afforded everyone the chance to “discover our family heritage and roots.”

Assumption gals had a blast during the 2012 Assumption Velada.

Silver jubilarians were class ’87 and golden jubilarians, class ’62. They had a blast with a grand flashback of their fun, care-free school days.

Accessorized with uniform multi-strand gold-chain necklaces and matching dangling earrings, the 2012 Golden Girls, garbed in gem colors, floored audience as they swayed and grooved to the hot sounds of their time, dahlings.

More than a year’s preparations produced the grand reunion; there were lunch sessions, monthly class meetings, weekly rehearsals and spiritual immersions, including a Healing Mass at the Tantoco Chapel, a one-day spiritual recollection facilitated by Nena Vargas Tantoco with Fr. Dennis Paez, SDB, as spiritual director.

Still a head-turner, Ching de Leon Escaler was assisted by Lulu Comcom Malvar, Marichi Gana Picazo and Tali Revilla Liongson, to come up with an exquisite commemorative yearbook that all believe would be difficult for any class to match.

The 2012 Velada Golden Jubilee segment was led by Cora Relova, Omang Quirino Palanca and Loury Urtula Lacson, who outdid themselves with the exciting dance medley, palanggas.

Later, the classmates boarded a PAL flight to Bangkok where they stayed for two days for a breather and to “further seal the bond that held us together through 50 years,” said Nini Santos Valdez.

Then a grand send-off bash was hosted by Nena Tantoco at the Luna Function Room in Rockwell where everyone tearfully embraced and bade each other goodbye—till the next jubilee.