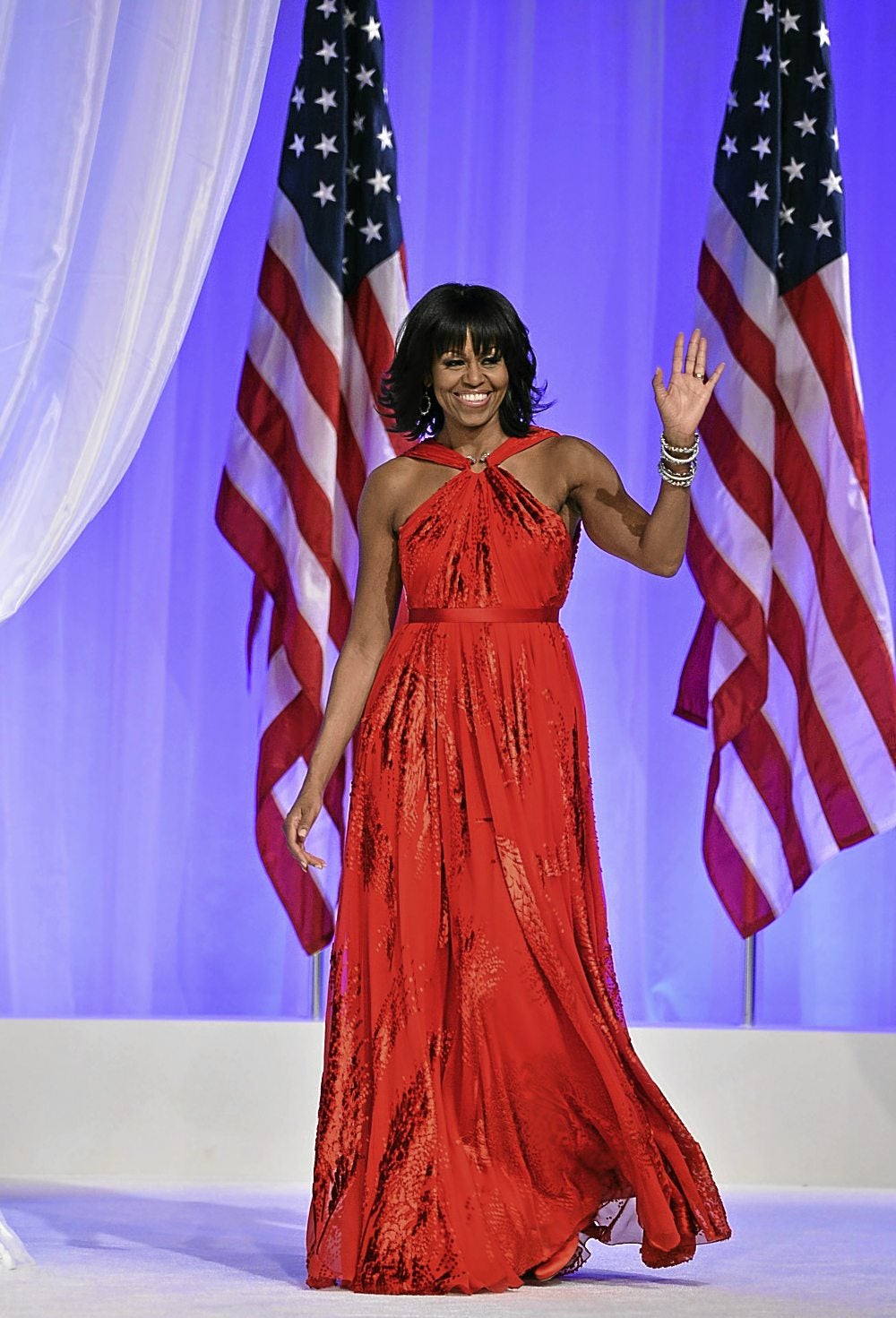 It has been some time since fashion watchers launched the guessing game for Michelle Obama’s sartorial picks for her husband’s second inaugural. But even the American president acknowledged that the “more significant” event this week has been the debut of his wife’s new hairstyle.

Ms Obama got social media agog just days before the inaugural when she revealed her sleek new eye-framing bob, a look that’s expected to influence the many who look to the stylish First Lady for trend direction.

For the inaugural ball Monday, Ms Obama glammed-up her ‘do with some waves, wearing a custom draped red chiffon-and-velvet dress by Jason Wu, the same Taiwan-born immigrant who dressed her for her husband’s inaugural in 2009.

Ms Obama’s choice of Wu surprised some who expected the First Lady to pick another unknown designer in the same way she chose the then-upstart four years ago. Her patronage has made Wu, now 30, a household name.

In the daytime ceremonies, Ms Obama chose a custom silk jacquard coat by Thom Browne, better known for menswear, and accessorized with a belt from J. Crew and custom knee-high boots by Reed Krakoff.

The Obama daughters also made stunning fashion choices, suggesting that their mother’s style is rubbing off on her offspring. Malia Obama, 14, wore a bright plum-colored coat from J. Crew and a blue dress underneath, while younger daughter Sasha, 11, went for a striped purple dress and matching coat from Kate Spade, and a statement necklace similar to the kinds Ms Obama wears.