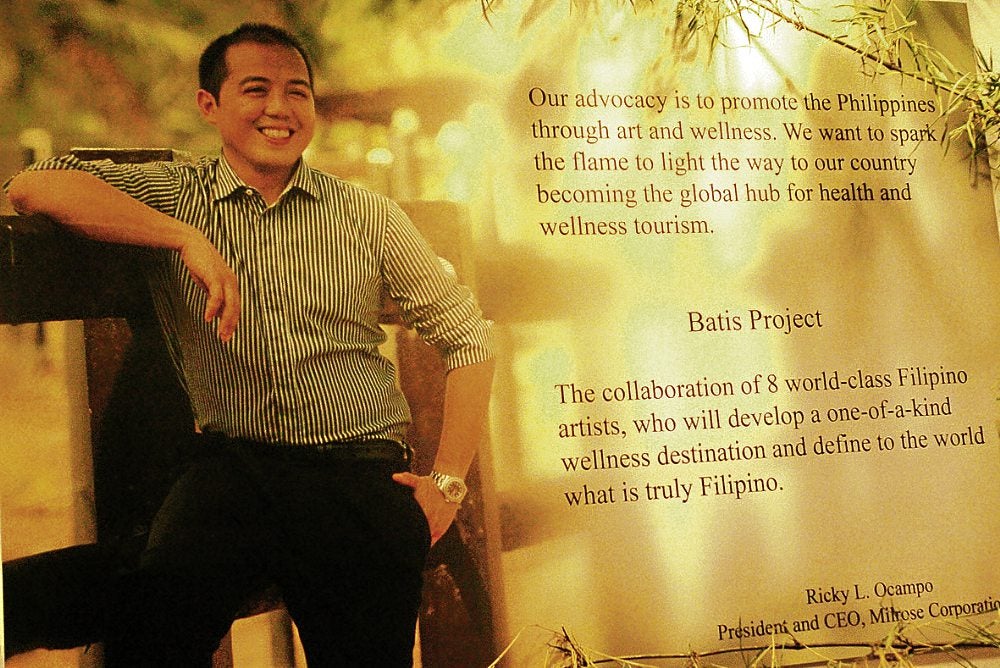 Healing by water–‘balneotherapy’ spa resort to open at the foot of Mt. Makiling 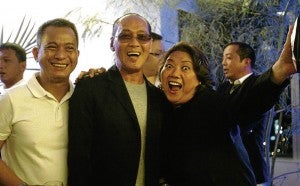 Located at Insular Life building in Alabang, Muntinlupa, Museo Walo was set up by Ocampo and his partners to pay tribute to eight world-class Filipino artists in various fields, including Layug, who have signed up as consultants and designers for Batis Project, a 1.7-hectare property to rise at the foot of Mt. Makiling in Pansol, Laguna.

Dubbed by Ocampo as the first of its kind in Asia to provide balneotherapy, a form of water-based treatment using massage, stimulation and the use of mineral clays that can be absorbed through the skin, Batis Project is positioned to take advantage of the growing global demand for health and wellness tourism.

Layug and architect Royal Pineda used bamboo poles and curtains made of perforated Japanese hand-made paper to spruce up and section off parts of a long, winding corridor that served as museum. Walking the paper-lined corridor, the visitors saw vignettes and photos of the architecture and design works of Budji Layug+Royal Pineda design firm.

Museo Walo has been featuring the artists one after the other since December. Apart from Layug, those in the powerhouse lineup are Francisco Mañosa (architecture), IP Santos (landscape design), Pitoy Moreno (fashion design), Kenneth Cobonpue (furniture design), BenCab (painting), Michael Cacnio (sculpture) and Ugu Bigyan (pottery).

“Our culture is so rich, but it’s also undefined,” said Ocampo, whose previous projects include Hacienda San Benito in Batangas. “Not a few foreigners leave the country without a clear idea of who we are as a people. In my bid to address this, I thought of getting the eight. Hopefully, their designs and ideas as individuals and as a group would create enough impact to define and boost our image abroad.” 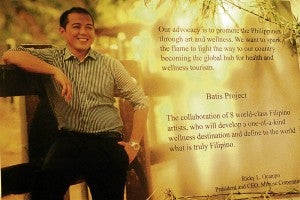 Since each artist is an expert in a particular field, Ocampo is the least bit worried about conflicting ideas and clashing egos that might result, which could derail Batis Project.

“I only got one expert from each field,” said Ocampo. “Since they’re all separate and different fields, the challenge is to come up with a cohesive look.”

At the same time, he expressed confidence that Batis Project would be able to attract a fair share of tourists.

Those who regularly undergo balneotherapy swear by its ability to heal such ailments as arthritis, fibromyalgia and even certain skin conditions like eczema. It’s different from hydrotherapy, which also uses water.

In recent years, Ocampo has seen the centuries-old treatment’s growing popularity, particularly among Europeans. He sees a perfect fit between their needs for balneotherapy and the Filipinos’ legendary hospitality and innate caring nature.

“As far as I know, countries like Switzerland, Germany and Slovenia cover balneotherapy in their respective citizens’ health cards,” he added. “Science is beginning to recognize the therapy’s importance and efficacy to heal, which the ancient Greeks and Romans had known all along.”

Ocampo has tapped people from Genesis Hotel, the same group managing such high-end local resorts as Bellaroca and Misibis, to manage Batis. He also has a team of seasoned foreign consultants like Dr. Charles Sutter, who worked in the baths of Europe. 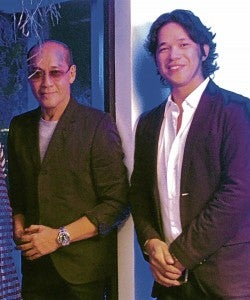 He declined to reveal the identities of his partners, which include a number of foreigners, and the amount of money they’ve invested so far in the project.

Like a regular hotel that doubles as a hospital, Batis project will also house a number of restaurants serving Asian and European cuisines. And like scenes from Bali, there will also be strong emphasis on culture with costumed therapists, for instance, carrying warm spring water placed in pots made by Bigyan.

“Majority of the staff are Filipinos,” he said. “We will offer various types of massages, including our very own hilot. But the main focus will still be healing through water.”

And not just any spot will do. Based on his research, Ocampo came to the conclusion that the area in Makiling they’re now developing is an ideal spot primarily because of its secluded location and proximity to hot springs. Others, he said, have been there before.

“We’re just going back to where we came from,” he said. “We discovered that during the Spanish times, the country had a hospital near where we’re constructing right now devoted to balneotherapy. Its founder, a Catholic priest named Pedro Bautista, even became a saint later on. He also worked with Lorenzo Ruiz, the first Filipino saint, who was later martyred in Japan.”