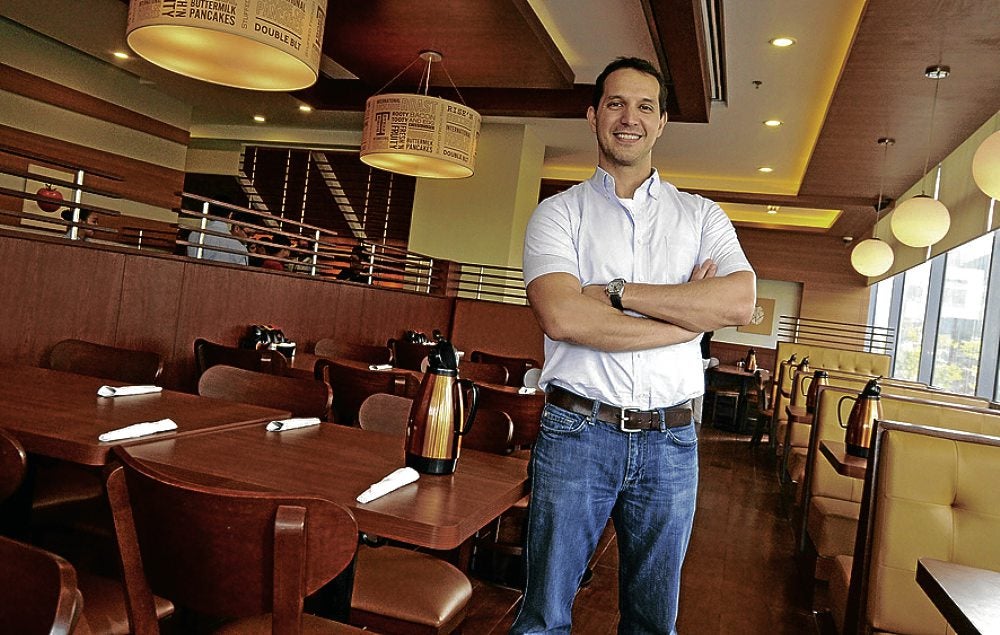 Some of Archie Rodriguez’s biggest critics every time he brings in a US-based restaurant chain to the Philippines are his close friends and family, including his stylish designer-wife Bea Valdes and their three kids.

“When they try the restaurants, Bea would sometimes tell me about certain design things that I need to improve on,” said Rodriguez, president and CEO of Global Restaurant Concepts, Inc. (See main story.)

“Of course, she’s also quite vocal about the food’s quality. But my kids are the ultimate critics. If they like the food, chances are the restaurant would do well. If they don’t like it, I’d be very concerned.”

Valdes’ inputs, although welcome, are always said after the fact. Since both husband and wife have their respective business concerns, they try as much as possible not to discuss business matters at home. Instead, they spend their precious and few moments together talking about “normal” things involving family.

Apart from Rodriguez’s 12-year-old daughter with his former wife, he and Valdes have two kids of their own. Their youngest is less than a year old, while the older one is now 5.

There was a time when they used to discuss work-related matters at home. For a time, Rodriguez even helped Valdes’ fledgling bag business. The arrangement suited them well, but the couple found out later that not talking about cash flows and bottom lines proved healthier for their relationship.

“We find that we’re happier when we don’t talk about work because work can be serious,” he said.

After being part of Global for the past 16 years now, bringing in such well-known and iconic US restaurant chains as California Pizza Kitchen (CPK), PF Chang’s and IHOP, to name a few, Rodriguez has plenty to offer fellow businessmen in terms of advice.

Although Rodriguez, 41, was exposed to various businesses his dad Jack Rodriguez Sr. was involved in, including the Bistro Group of Restaurants, he never worked for him. Neither was he as passionate as he is now with the restaurant business when he was younger.

“Except for Bistro, I sit on the board of our other companies,” said Rodriguez, who expressed the deepest admiration for his dad. “But I don’t run any of these companies. For the most part, I’m focused on Global. I also have partners here.”

When he began carving out a career for himself in business at quite a young age, Rodriguez was into computers and information technology. He also had a number of joint ventures with friends, including former Sen. Miguel Zubiri, managing such local restaurant chains as Tequila Joe.

But it was his initial involvement with CPK that turned things around. After a three-month, hands-on involvement in operations—from taking down orders to cooking, clearing tables to washing dishes—Rodriguez fell in love with the business.

As one of the pillars behind Global, he could have delegated the dirty job to one of his subordinates. But being new to the business, Rodriguez wanted to learn firsthand by immersing himself in it. And the best way to learn the ropes, he insisted, is by starting at the bottom.

“I’m fortunate enough to have worked with a strong team,” he said. “One of the keys to success in business is having good people to support you. Apart from empowering and entrusting them to make the right decisions, you also have to lead by example. I work as hard as anybody even during weekends or any time of the day, if necessary.”

Rodriguez then slowly transitioned from IT to the food business. He hasn’t totally abandoned his love for digital technology, as one of the family’s businesses, apart from real estate, is a call center serving companies in the US, UK and Australia.

“But most of my waking hours are spent in the restaurant business,” he said.