After ‘Sweeney Todd,’ another lethal character for Audie Gemora in Rep’s ‘No Way to Treat a Lady’ | Lifestyle.INQ ❮ ❯ 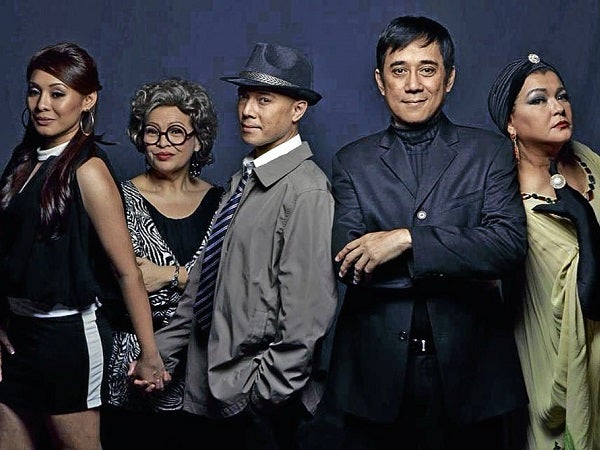 After ‘Sweeney Todd,’ another lethal character for Audie Gemora in Rep’s ‘No Way to Treat a Lady’

The last time we witnessed Audie Gemora on stage, he was a serial killer-barber in Repertory Philippines’ “Sweeney Todd: The Demon Barber of Fleet Street” (2009), expertly slashing the throats of clueless customers whose flesh then became the main ingredient in pies that London feasted on.

Now, after almost four years’ absence on the live stage, Gemora is back as Christopher “Kit” Gill, another psychologically tormented murderer in Repertory Philippines’ “No Way to Treat a Lady,” which runs all weekends the whole month of March at Onstage Greenbelt 1.

A frustrated actor who still aspires to become famous no matter what, Gill murders older women who he thinks resembles his domineering mother, a famous Broadway actress. The character is believed to be loosely based on real-life American psycho killer Ed Gein, whose filmic incarnations now include Norman Bates in “Psycho,” Buffalo Bill in “Silence of the Lambs” and Leather Face in “Texas Chainsaw Massacre.”

Asked why he loves playing such offbeat characters, Gemora answered: “Antiheroes and villains like Sweeney Todd and Christopher Gill are far more interesting to essay than romantic leads because they are complex characters. You need to get into their psyche, understand why they think in a certain way and share in that conviction no matter how warped.

“The challenge is to come up with a fully fleshed out, three-dimensional character so you don’t fall into the pitfall of a caricature kontrabida,” he added. “Even bad guys can be sympathetic, tragic characters. In Christopher Gill’s case, he is a man who never grew up, desperately trying to crawl from under his mother’s larger-than-life shadow.”

It was fellow actor Menchu Lauchengco-Yulo who introduced Gemora to “No Way To Treat A Lady” a few years back.

“Our initial plan then was for Jaime del Mundo to play Detective Brummel opposite my Kit Gill and Menchu would do the role of Sarah (Stone). But I’m the only one left of the said cast,” he said.

The musical comedy, written by Douglas J. Cohen, was initially staged in 1987 and revived Off-Broadway from 1996 to 1997. The original story is adapted from a 1964 novel of the same title written by suspense-thriller author William Goldman.

The novel was made into a movie in 1968. Gemora could recall having seen it but without much detail. “I just know it starred George Segal, Rod Steiger and Lee Remick.”

“Like the film,” he said, “the musical is also set in the ’70s but that’s about as close as it gets. This is an entirely different production. A ‘musical-comedy thriller.’ The music is one of the toughest to learn because the notes go everywhere.

“As a tribute to film noir, I asked our set designer Mio Infante and costume designer Raven Ong to capture the essence of a black-and-white film. The only colors you’ll see are touches as seen through the eyes of the Christopher Gill character. The set is stylized to appear like the entire story unfolds in his twisted mind.”

He pointed out that it’s a good thing he hasn’t seen any stage version of the musical. “I prefer that I come up with something original.”

The musical is well worth it, he said. “This is a sleeper. May not be as well known as ‘Sound of Music,’ ‘Phantom of the Opera,’ or ‘Les Miz,’ but it is every bit a masterpiece. Brilliantly written, funny, touching, entertaining.”

“No Way to Treat a Lady” runs until March 24 at OnStage Greenbelt 1, Makati City. Call Repertory Philippines 5716926 for ticket reservations.