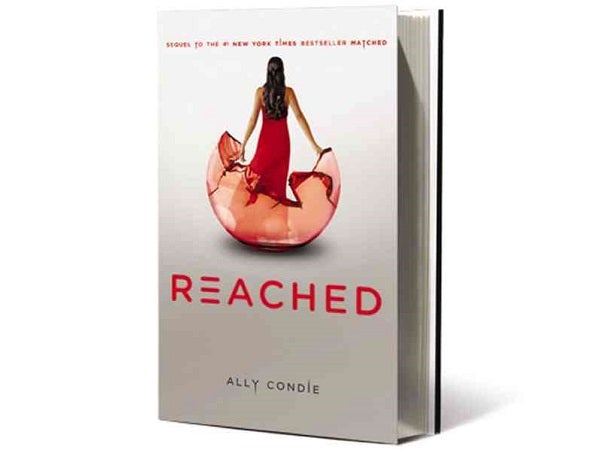 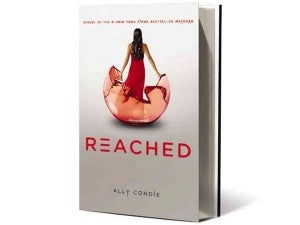 Of all the controlling regimes ruling over the many dystopias in young adult (YA) fiction, the most all-encompassing is not The Capitol from Suzanne Collins’ “The Hunger Games,” but instead the ominously-named Society from Ally Condie’s “Matched” trilogy.

Instead of holding monstrous reality TV epics featuring homicidal minors and keeping the districts in line, the Society controls the fate of its members, including what stories they can tell and—most insidiously—what memories they can keep. But what makes the trilogy special is not how it runs with that dystopian concept, but how it subverts it.

When the novel “Matched” first came out in 2010, Condie presented a literate combination of elements from “The Hunger Games,” Lois Lowry’s “The Giver” and—it isn’t as strange as it sounds—“The Bachelorette.” How hot was the property? Disney bought the rights before the book reached shelves.

In Condie’s Society, every aspect of human life is controlled and this was seen most clearly in the Match Banquet, when people turn 17 and find out whom they are going to marry. When Cassia Reyes got to her banquet, she saw the face of her future husband—her best friend Xander Carrow—but then the image changed, and became that of the darkly handsome Ky Markham, a boy classified as an Anomaly and cannot be Matched.

It was a glitch, claimed the Society, but Cassia soon finds out there is much more being hidden by the Society. Just as she gets confused as to whom she should be with, Cassia finds out about the secret rebellion happening behind the scenes, the movement called the Rising. “Matched” manages to balance the love triangle with the dark daily struggle without becoming sappy. Cassia makes for a sympathetic character because she is a cerebral girl who is also not only more fearful, but lacks the combat skills of Katniss Everdeen. Her biggest advantage is her ability to sort—organizing and sifting through a lot of data. No archery here, just a lot of algorithms.

The second book, 2011’s “Crossed,” revealed more of the trilogy’s elaborate mythology, expanding on the origins of the Society as well as the Rising while separating the three protagonists. But it is in the third volume, “Reached” (Dutton, New York, 2012, 512 pages), where the trilogy really catches the reader off-guard and goes off into uncharted territory. Instead of focusing on whether the Society falls or not, “Reached” simply has the Rising toppling the Society early on, and then gets busy dealing with a terrible new Plague spreading uncontrollably. Even as Cassia, secretly a member of the Rising but still a whiz at sorting, seeks to be reunited with Ky, now a rebel pilot, and Xander, a Society physician, she has to choose whom she really loves.

Readers may get a little disoriented by the fact that “Reached” has three narrators (each chapter is told from the viewpoint of one of the three characters), but once they get used to that narrative method, they can sit back and enjoy the complex, ambitious saga that Condie has devised. Instead of “The Hunger Games’” lethal obstacle course, “Reached” engages in cultural commerce (where banned poems can be used as currency), a shadowy conspiracy (who is the Rising leader known as the Pilot? Who really caused the Plague?) and, most interestingly, an intense medical procedure as the survivors race to find a cure before it’s too late.

While “Crossed” kept its characters agitatedly running mostly in place and “Matched” deployed a lot of exposition amid the welcome dramatic pyrotechnics, “Reached” cures all those ills as it is the best of the three—a book that causes the reader to be invested not only in the love triangle, but in the future of these people as they wrestle with the Plague. When you start to care more about what will happen to the other people instead of the main characters, you know the novel has succeeded beyond expectations.

With YA titles already dominating book shelves and a wave of YA movies invading movie screens in the wake of the box-office behemoth that was “The Hunger Games” movie adaptation, the search is on for the trilogy most worthy of succeeding Collins’ violently romantic trilogy, That search is now at an end. With “Reached” as its crowning achievement, Ally Condie’s “Matched” trilogy is the real deal, and a dystopian experience to be savored.