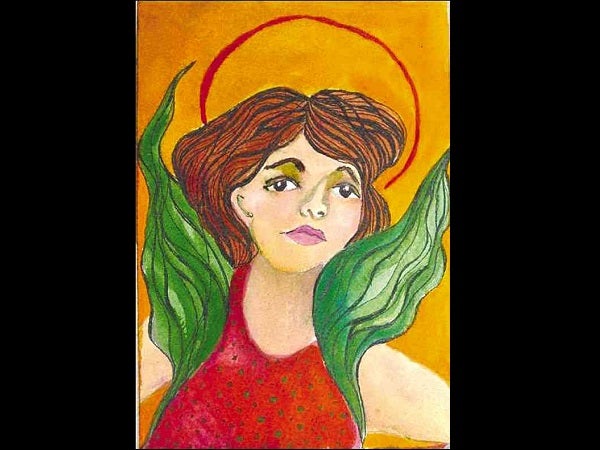 Friends with benefits (Reportage on sex)

How could you not learn!  You just open your eyes and your ears—all the material is in front of you.

Even the songs are dripping with sex info. No longer is it necessary to experience it in a movie house in the KKK (kataas-taasang, kasulok-sulukang, kadilim-dilimang) seat.  Everything’s out in the open.

Here are some questions most asked by girls in the 1990s:

Is it okay for a girl to initiate an intimacy, “make the first move?”

When is the right time to give yourself to your boyfriend?

Can guys tell whether you’re a virgin or not?

“One liberated seatmate of mine,” related a colegiala, “had this hickey on her neck. I thought she had an allergy. She and her BF had sex all the time.  Once she came to school in a foul mood. She said they had just made up and she wanted her BF to make love to her but he wouldn’t.”

On the other hand, a guy, or two, to keep the girl from breaking up with him, would purposely make sure that she gets pregnant. (Many girls, though, take contraceptive pills).

Out of bitterness over a bad relationship, a broken home or quarreling parents, some girls refuse to get married. They just want a child of their own, no husband. Other bitter girls turn gay.

After a party, some girls end up in a motel with their boyfriends. “Once, after a debut, a hotel suite was given to us girls for free. One guy friend was very sleepy (or pretended to be),” related a young interviewee. “I let him into our suite and told him to lie down on the bed and just have a private time with his girlfriend; I thought they’d just cuddle up and sleep.

“Afterwards I heard them running after each other (naghahabulan) with the girl shrieking once in a while. (But not a screech for help!) It went for a while, and then there was a peaceful silence.”

How many of these present-day sex terms young people use do you know?

Friends with benefits—Friends with sex rights without commitments. Also known as FUBU or f**k buddy.

MILF—“The Mama I’d love to f**k.” What younger men call an older woman they’d like to go to bed with. Some young men prefer older, married women because “they’re just out to enjoy their body.”

Cougar—Older woman on the prowl for young boys

Half sex—Only with the upper body, also known by the older term “petting.”

Biglang liko—A ’50s term for motel, refers to road that branches off and leads to this location (surprising how this term still exists!)

The girl and the boy groped each other and the girl said to herself, it’s so small, will it satisfy me?  And she had second thoughts.

But another girl’s experience was different.  She thought the guy was so thin (“patpatin”) “pero sus, when he took off his clothes, it was a tower!”

Though the boys may have so many girlfriends, they still look for virgins. If they scored one, they called it a “home base.”  If the girl has had one or two boyfriends, it’s still okay with them, but more turned the guys off. (Double standard still at work).

Dating begins very early, and the turnover of partners is as quick as instant pancakes. The prevailing sentiment among the young is, don’t take too long choosing who’s next, everyone’s available, there are just too many to choose from.

No time to fall in love

If the two of you are not a good sexual match, don’t tarry, just go to the next. No time to fall in love. Among college girls, peer pressure can push someone into it, who isn’t there yet.

“We know all about it, but of course, there are still many among us who believe they should reserve the sex act until after marriage,” said another.  “It depends on the crowd you go with. My friend and his girl were on for six years without going to bed. But recently his girl admitted that three months ago, they finally succumbed.

“Many prayerful girls are virgins. They have no boyfriends.  You learn a lot of things in college. It depends a lot on the example and the values you got from your parents.”

Interviewing the last two batches of colegialas was refreshing. They were uninhibited and not self-conscious. They did not associate the sex act with sin. Those who were not into it did not condemn those who were. They just said, “That’s their business, they just have to be responsible for their acts and not cry ‘Waaah, I’m pregnant, What shall I do?!’”  The girls all believed in monogamy.

I asked a senior mama how she handles her three beautiful daughters when they ask permission to stay overnight or travel to Thailand or to New York with a boyfriend. “They were in their late 20s,” she said, “so I figured they were adults, so I just said yes. You can’t be a fuddy-duddy all their lives.”

Another matron said, travel, locally and internationally, is now the big thing. The guys, as well as the girls, like to backpack through Europe and Asia.  You see the guys in ponytails and you know they have no ambition to buy a piece of land or own a house. They have no desire for a family that would be a hindrance to their pleasure and freedom. Girls know this and realize what they’re up against.

“Most girls are interested in career, and their average marrying age is late 20s to 34. They want partners who are also their working partners. In that way, girls today are very level-headed. I like it that girls do not want to be sex objects.  They’re into fashion that shows a lot of skin, but it doesn’t mean that when they’re in short shorts they’re interested in attracting sex. Today they can flaunt skin without feeling threatened. That’s the balancing done after our hippie revolution.”

The downside of this sexual gregariousness is the alarming AIDS cases reported among the young these past few years. Call centers take the biggest toll, with one unreleased study allegedly putting AIDS at 10 percent of call center boys and girls in the Philippines.

When you alter the rhythm of night and day, the coping mechanism is an elevated sex drive.  The job is additionally stressful with the number of ignorant, racist callers. Even a quickie is good—a really morbid situation.

The danger of multiple partners is always there. God, guide our youth!