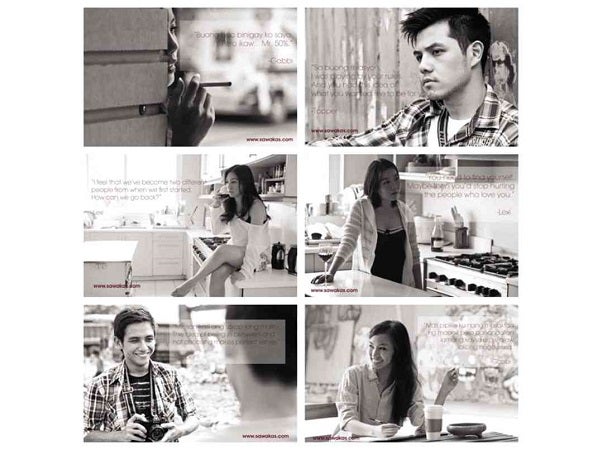 The show weaves together the songs of one of the country’s most beloved rock bands, Sugarfree, into a bittersweet love story that chronicles the end of one relationship and the beginning of another. Co-written by Andrei Nikolai Pamintuan and Mariane Abuan with music arranged by Ejay Yatco, “Sa Wakas” promises to bring together the world of pop rock and musical theater in one groundbreaking show.

Sugarfree was an alternative rock group led by Ebe Dancel that spawned beloved hits such as “Mariposa,” “Burnout,” “‘Wag Ka Nang Umiyak,” “Hari ng Sablay” and “Makita Kang Muli.” Though the group disbanded in 2011, its music still resonates today. “Sa Wakas,” also the title of the band’s first album, aims to reintroduce these songs to a new generation and present them with a fresh and distinct sound.

The company is proud to have in its roster the best and most talented young stars of Philippine theater.

Tickets are available at all Ticketnet outlets. For inquiries and reservations, please call tel.  9115555 or visit www.sawakas.com.