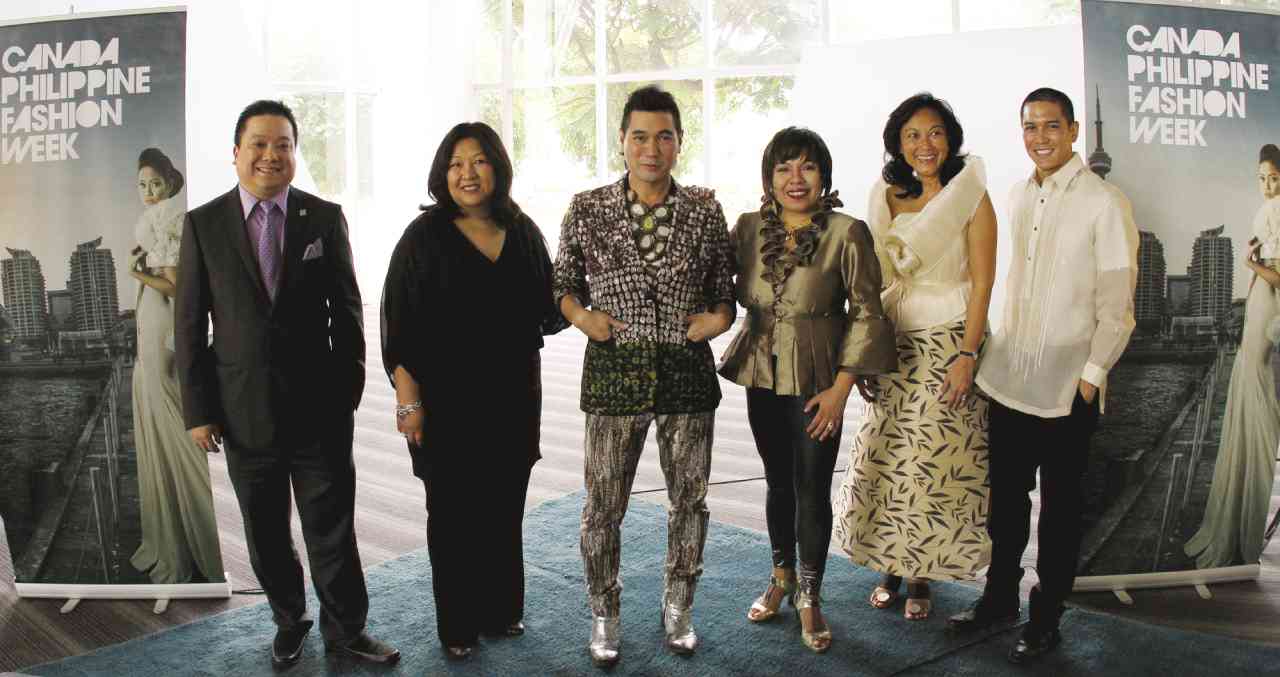 When Filipino-Canadian broadcaster and producer Jeff Rustia went on a two-week vacation to the Philippines after his son Kol, a special child, died last year, the perennial fashion watcher was amazed at how the local fashion scene had changed since his last visit years ago.

His two-week break was stretched to a four-month sabbatical. In between that period, Rustia thought of showcasing the best of Philippine fashion and culture in his adopted country; at the same time he wanted to generate funds for the Kol Hope Foundation for Children, a nonprofit organization he helped put up for kids born with disabilities in Canada and the Philippines.

Kol—who was born with Trisomy 13, a fatal genetic condition—was given three months to live by his doctors. But against all odds and despite being unable to walk and talk, he lived for 14 years.

Even if he knew that his son was living on borrowed time, Rustia was still devastated when Kol passed away. Yet, like most creative people, he was soon able to channel his grief into something positive.

“My father, who taught me the power of visualization, told me to write down whatever dream I have,” said Rustia. “So, while eating in a restaurant in Manila, I suddenly grabbed a napkin and wrote down these four words: Canada, Philippines, fashion, week.”

The group recently announced its plans in a media conference at SMDC in Pasay City. The event, which coincides with the celebration of Philippine Independence Day, is from June 10-14 at Toronto’s Roy Thomson Hall.

Organizers hope to raise money from the venture through ticket sales and sponsorships. They also hope to turn it into an annual affair featuring some of the best Filipino and Canadian designers based the world over.

Since everyone will be working pro bono, the bulk of the proceeds will go to Kol Hope Foundation and its beneficiaries. During the media conference, for instance, Rustia and his friends handed a P200,000 check to a Cebu-based nongovernment organization for special children.

“We hope to generate at least $100,000 Canadian dollars from this venture,” he said. “But, with or without sponsors, I’m making this event happen.”

Manila-based designers Francis Libiran, John Ablaza, Roland Alzate, Norman Noriega and Leonard Co have already signed up, and so did Noel Crisostomo, who, like Rustia, is also Filipino-Canadian.

Libiran will present “100,” a 70-piece runway collection and a 30-piece retro collection exhibited on 30 identical white mannequins at the Roy Thomson Hall lobby.

Ablaza will present a 45-piece collection featuring Filipiniana finery inspired by the era of Jose Rizal. He also did the period costumes of “Jose Rizal, the First Hero,” a documentary on the national hero, which will have its North American premiere in Toronto on June 12.

The tribute to Rizal includes the display of his memorabilia, including pieces of clothing, in an exhibit titled “The Fashion Statement of Jose Rizal.”

On June 14, organizers will also focus on the dying craft of traditional weaving among the Mangyans of Mindoro. The exhibit will be curated by Ablaza, featuring Mangyan fabrics, beadwork and handicraft.

There’s also “Pistahan de Couture,” a fashion show by Filipino designers, of pieces that pay homage to the country’s festivals such as Sinulog, Ati-Atihan, Moriones and Flores de Mayo.

“The event is more than just about fashion,” said Caña. “In essence, we want to promote Philippine arts and culture, and function as a bridge between Canadians and Filipinos. The event is also an ideal way to facilitate trade through fashion and stimulate the economies of both countries.”

One of the highlights of the week-long event is “Project Terno,” a challenge to Canada’s 10 leading designers to produce their own brand of the Philippine national costume.

“We want to be accessible to as many Canadians as possible, so we’ve included the participation of mainstream Canadian designers,” said Rustia. “They have an idea what the terno is, but because they’re not Filipinos, it’s still alien to them. It promises to be fun and challenging for the 10 talents involved.”

This latest development couldn’t have come at a better time. The 800,000-strong Filipino-Canadian community (250,000 of them in Greater Toronto Area) is said to be the third largest ethnic minority in Canada, after the Indians and the Chinese.

As immigrants and overseas workers, Filipino-Canadians are the fastest growing ethnic group in Canada today.

By the end of the last decade, the Filipino community in Canada showed a 33-percent growth from the previous decade. It’s estimated that by 2020, there will be at least one million Canadians of Filipino ancestry.