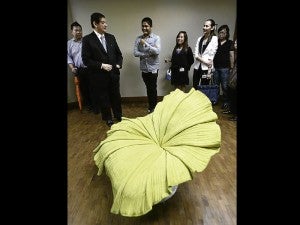 The proposed Design Council, the first of its kind in the country to get direct government funding, will be the official body responsible for the promotion and development of various sectors that make up the Philippine design industry.

Guingona envisions the multi-sector council to serve as  hub for the creative collaboration of the country’s various design sectors so that they can be “harnessed and tapped to the full.”

He aims to achieve this through the formulation of a comprehensive national design policy, in consultation with concerned government agencies and design practitioners.

Once signed into law, the Design Council would be under the jurisdiction of the Department of Trade and Industry.  Guingona has sought an initial  annual budget of P30 million to fund the council. A substantial portion of the budget is earmarked for manpower training and promotions.

Based on the list, fashion and industrial design, which presumably includes furniture, are just two of the sectors under the proposed council. There’s also a huge demand for Filipino talent in the global video game industry.

“No one can dispute how creative Filipinos are,” said Guingona. “But we’re being left behind by our neighbors. South Korea, Singapore, Thailand and Hong Kong have all begun to harness the design creativity of their people to boost their economies and well-being, as well as raise standards of living. As of now, we don’t have a way of effectively harnessing that creativity.” 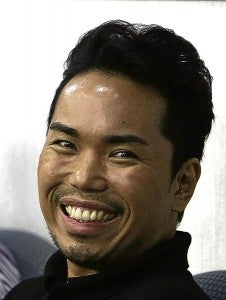 The filing at the Senate was preceded by Guingona’s opening of a mini exhibit dubbed “Design Para sa Lahat.” It features, among others, the Bloom chair by award-winning Filipino furniture designer Kenneth Cobonpue.

Later, in his speech officially sponsoring the bill, Guingona cited the Cebu-based Cobonpue as an example of how design as a discipline could become a “driver for economic growth and a vital tool for shaping human interactions and social systems.”

“Because of the genius of his innovative designs, he is not only bringing in ordinary economic returns. His products bring in what is called in economic parlance very high-value export earnings,” said Guingona.

But Filipino ingenuity and good designs aren’t limited to rock-star designers like Cobonpue. Design, said Guingona in his exploratory note, goes beyond aesthetics. Good design is all about solving problems.

The exhibit also featured a series of visual aids showing how innovation has helped the lives of  students in a public school in San Pablo, Laguna.

The so-called “Bottle School Project”  between the city government, Pepsi and My Shelter Foundation involved the use of discarded plastic bottles to build a durable and weatherproof classroom.

“If we could facilitate these kinds of linkages between designers, private institutions, and local governments, design-driven projects such as this  could be replicated in cities and barangays all over the country,” he said.

For his part, Tenorio, a graduate of New York’s Pratt Institute, lamented the fact that the Philippines ranks a low 65th, just above war-torn Libya, in the so-called global country brand index.  The ranking is a general reflection of other people’s awareness and impressions of a particular country.

Tenorio, who left behind a thriving career in the Philippines designing and manufacturing shoes, focused on design policy and national design council formation for developing countries in his two years at Pratt.

“This is similar to the stuff I did research on,” he said, referring to the yet-to-be created Design Council of the Philippines.

“There’s a positive and strong correlation between design and development, which means countries with strong design competitiveness tend to be strong economically and competitive globally. There’s a graph which supports this.” 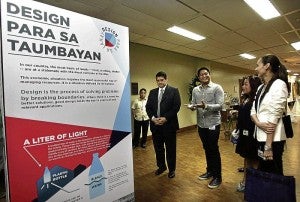 Despite having produced its share of world-class designers such as Cobonpue, Budji Layug, Josie Natori, Bea Valdes and Monique Lhuillier,  the Philippines is more known abroad for Manny Pacquiao, Charice Pempengco, Imelda Marcos, and a ruthless band of kidnappers who call themselves Abu Sayyaf.

Once, when a teacher learned that Tenorio was Filipino and not Japanese, as he first thought, the teacher asked him if he could sing. Well, if a Filipino like Charice can do it, why can’t Tenorio, the teacher probably thought.

If you Google Philippine images, said Tenorio, the usual results that come out are mangoes, tarsiers, beaches and the country’s women. We certainly have more to offer than that, he said, but the Philippine brand as perceived by the world is that limited.

But Tenorio is hopeful. If the Design Council lives up to expectations, he sees a gradual turnaround in the country’s image in as little as one year. Whoever ends up in the council, he proposed that they do a creative mapping first to get a clear picture of the situation as well as the various needs of each sector.

“The creation of a design council isn’t a magic bullet,” said Tenorio. “It’s just one bullet to solve a host of problems. But it’s better to have one than none at all. We have to start to define ourselves to the world; otherwise we’re just one among many.”