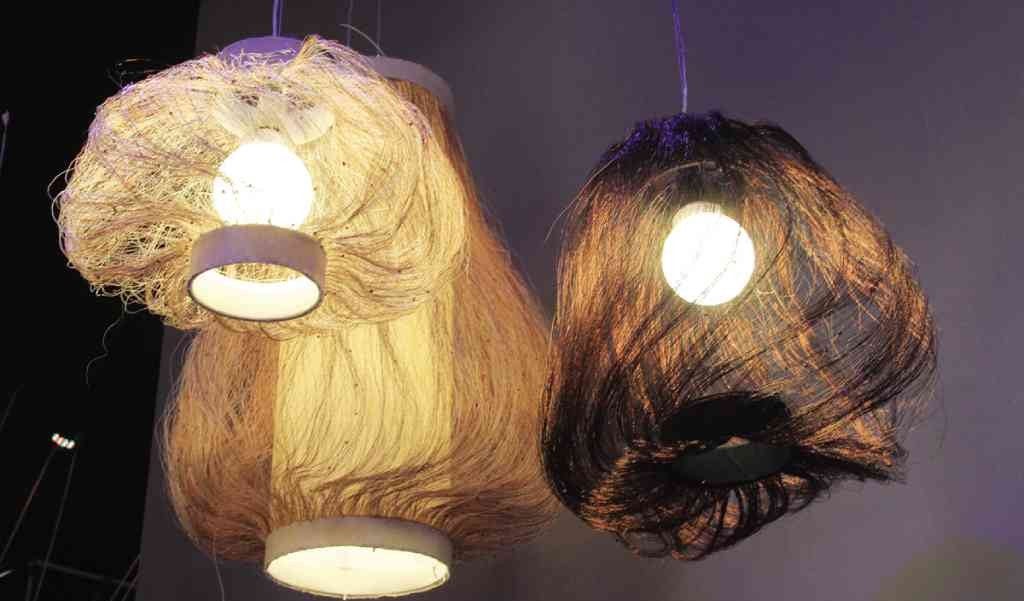 Now, they’re designing furniture and accessories for the ‘millennials’

This year, the trade show, organized by  the Center for International Trade Expositions and Missions (Citem), is directing its efforts to the younger population and the collaboration of young designers with established manufacturers.

“One of the things that Manila FAME does a very good job with is that it stays with the macro trend. The whole change of demographic is a real thing,” said Booth. “The approach to marketing changes. Those are trends. When you get down to a product trend, you have to be very careful in how that is translated.”

He added: “A perfect example is the Design for Export Program under the auspices of Citem. It puts together a young designer with a qualified exporter and concentrates on the creation of a new product. That is what is important, not because black is ‘in’ this season and orange is ‘in’ next season.”

Booth explained that, at the turn of the 21st century, the consumer market is forked toward both the boomer sunset and the “millennial” sunrise. He quoted statistics as saying that, as of January 2012, the millennials (ages 18-40) now outnumber the boomers. As of January, 10,000 baby boomers in the US are turning 65 every day for the next 20 years.

“It means that the consumer that we have relied upon for the last 30 years is going into retirement. They’re living in a different way—fixed incomes, downsizing from a three- and  four-bedroom home to a two-bedroom condominium.

“At the same time, the new generation, the millennials, are skyrocketing in numbers. They have reached their highest years of earning and spending powers. In their lifetimes they will spend over US$10 trillion,” said Booth.

“We can’t afford, as the saying goes, to ‘throw the baby out with the bath water.’ We’ve got to continue to market to the aging baby boomer. How do they live? What are the products that connect to them?”

Luis “Budji” Layug, one of Manila FAME’s creative directors, added: “The millennials are successful early in their careers. Since they travel a lot, they like to get things all over the world to represent how they feel and how they live. They like unusual lines.  There’s more outdoor living. They like to associate themselves with designers.”

On the choice of Manila FAME’s creative directors—which includes Kenneth Cobonpue—Citem executive director Rosvi Gaetos, said: “In home design, there’s nobody like Budji (Layug). He’s got experience and he knows directions in home design, how Filipino artisanship should match what the market needs.  He’s got the world view and maturity to deal with different taste levels of millennials. In marketing and business partnership, Kenneth guides the young designers.”

Gaetos added: “The PH Philippines, the new positioning of Design Philippines, is purely Kenneth’s. It is the equivalent of Movement 8 which has established a legacy. Kenneth and Budji are bridging the gap.”

Booth pointed out that the Millennial Home and Design Philippines exhibit areas featured a mix of products geared toward both the boomers and the millennials, with emphasis on the new and bolder aesthetics skewed to the new consumers.

Citing Layug’s classic, the half-moon bamboo sofa, which was designed over 20 years ago, Booth explained: “It still is relevant for the baby boomer consumer who has a second home. No millennial could have the space to have that.”

One of  Manila FAME’s directions was the crossover between tradition and modernity. For instance, in Layug’s setting, the streamlined four-poster bed and bench paid homage to Betis Crafts’ marquetry.

Booth also noted Layug’s modern take on the wingback chair, which was executed by Pacific Traders.

“It’s a chair that my mother grew up with, sat in and loved. Budji kept the basic form and transformed it for a much younger outlook with the use of  wicker, so that it could be used outdoors. He took both approaches which again is a very millennial concept. The inside can go outside and the outside can go outside,” said Booth.

Partnering with Betis Crafts, Ito Kish also gave the traditional solihiya or cane backing a contemporary look through its different uses and lighter woods such as rattan, mahogany and ipil for outdoor furniture.

“I wanted to explore its flexibility,” he said. Normally used in chairs, the solihiya was interpreted in dividers, cabinets, lighting fixtures, chairs and tables and cubes in geometric shapes. He also played with the regional weaving patterns by mixing and matching them. The traditional craft looked so fresh that he won the Next One Now Design Award for Best Design Furniture in the transitional category, and his booth won for Best Visual Merchandising.

Cebuano designer Vito Selma paid tribute to the wicker peacock chair by using its base as a pendant lamp. “I gave it a modern twist with a triangle design inside,” he added.

In keeping with the eco trend, Vito Selma recycled the wood waste from the furniture factory of his parents and transformed it into tables. Selma’s dining table of chipped wood was stunning for its unusual form. Likewise, the other wood wastes were cut into little squares, sandblasted for texture and individually hand inlaid to make a mosaic coffee table.

Selma employed banig as upholstery for his modern, lightweight sofa. “The millennials are product and materials conscious. Everything is natural and the proportions are smaller. The furniture can’t be too heavy. I kept the sofa slim and and light,” he added.

For Catalina Embroideries of Cebu, which exports pillows, lampshades, mirrors and chairs, Selma designed a collection inspired by native animals. He made lamps from natural fibers that were a reference to the Philippine eagle. The pillowcases were made of coconut that mimicked the patterns of the cobra and the crocodile.

Booth cited how the young designers made traditional materials exciting. French-Filipino textile artist Olivia D’Aboville reworks the t’nalak supplied by Tadeco by making them into lamps that looked like sea creatures.

Tagaytay-based Japanese designer Wataru Sakuma blended his country’s aesthetics with buri in making hanging and stackable lamps. Produced by Hacienda Crafts, the lamps were shaped from a single sheet of buri that was folded to create a three-dimensional zigzag patterns.

“The lamp collection was inspired by origami and T’boli weaving patterns,” said Sakuma. “They are perfect millennial products. The millennial consumer would stack three lamps at the end of their sofa and put a piece of glass on top. The lamp becomes a side table. It’s multifunctional because they don’t have the space to do what the baby boomers would have done traditionally,” said Booth.

The original concept was to design elements based on the infinity symbol. “It evolved into connected loops,” he said. “This can be a candelabra, suspended light, chandelier and other things.” They have names such as “Gorgon,” “Cumulus” and “Polyp” pendant lamps which can be inverted.

“There are many things you can do with wire,” he said.

Asked the difference between art and designing for a commercial market, New replied, “It takes more problem solving in terms of the right design, how it works and capability for mass production. All these concerns have to be addressed. Unlike art or sculpture, you don’t care how it fits in a home.”

In the past, Citem tapped designers with their companies. Now the veterans are guiding the young ones who are then partnered with major exporters. Layug said  the collaboration between the seasoned and young designers and the manufacturers marked a very exciting time in Philippine design history.

“The products have a very different aesthetic that is speaking to the new consumer,” concluded Booth. “The important aspect is that we deal with the macro trend. Then the buyers can come to FAME to select the products that fits into their color trends and merchandising themes. As a foreigner, this is what makes Manila FAME unique. It speaks with a global authority because it concentrates on the end consumer and on design.”