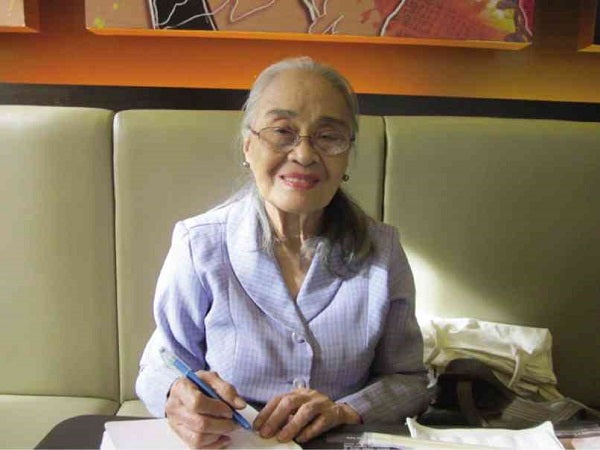 RUSTICA Carpio—actress, author, director, playwright, scholar, literary critic, book editor and professor. Far Eastern University Publications has just published her autobiography, “Shuttling Through Stage and Screen,” which critic Isagani Cruz has described as “not just a behind-the-camera look at her achievements, but also a narrative as exciting as some of the memorable films she starred in.”

Rustica Carpio, 82: Been there, done that–from Lady Macbeth and Sisa to Teodora Alonzo and Leonor Rivera

“I have been on the stage since the age of 10,” says Rustica C. Carpio, 82, actress, author, director, playwright, scholar, literary critic, book editor and professor, among her many accomplishments in an events-filled life. And still counting.

Her first major role (which turned out to be her signature role for decades) was as Kikay in the cult play of the 1960s, “The New Yorker in Tondo,” by Marcelino Agana Jr. It was first directed by Avellana and adapted by his wife Daisy.

The character of Kikay had studied in the US, acquired “sophistication” in New York and, in the manner of some Pinoys, becomes Americanized in her ways. She returns to the Philippines, reinvents herself as “Francesca,” and finds the country a bit baduy. Eventually, of course, she realizes that there is no place like home.

Rustica first played Kikay at the Del Rosario Brothers Theatre in 1960 and the leading man Tony was played, no less, by Jaime de la Rosa. And off and on since then, for 31 years, she found herself performing the role in Manila and many other places, including China in 1983, in Tagalog at that, with a Chinese translation via earphones. 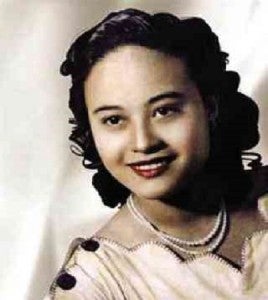 Other actors who have appeared with her as Tony include Robert Arevalo and Eddie Rodriguez.

In Claro M. Recto’s “Shadow and Solitude,” as translated by National Artist Nick Joaquin (the original title was “Solo entre las Sombras,” translated into Tagalog as “Nag-iisa sa Karimlan”), Rustica played the martyr-wife of a philandering husband, played by Nanding Cruz. They were the first to perform the roles.

Being a suffering woman was her fate again in “Mahirap ang Aking Daigdig,” a translation-adaptation by Anacleto Encarnacion of Alicia Bucay’s “The House of Gold Is a Washerwoman.” Here she was cast as the mother of a drug addict, played by Rene Lacson. They play was presented at the art deco Far Eastern University Auditorium, where she taught for many years.

Discussing her craft, the veteran actress shares: “I put my own personality, a little of myself, into the role plus what the playwright expects. I have been influenced by Constantine Stanislavsky. I internalize the role, concentrate on it, and make it appear simply effortlessly.”

The years on the stage have taught her “patience, more professionalism, more tolerance in everything, more tolerant of those who try to upstage you and lessen your role. I respect the director; I have never been scolded by any director.”

Ka Rustica’s first film role was in Ishmael Bernal’s “Nunal sa Tubig” in 1975, and in succeeding decades she appeared in more films to great acclaim. Her most recent roles were in “Captive,” where she played a social worker, and in “Aparisyon,” where she was cast as a troubled nun.

It’s been some time since she has appeared on the stage, and she is simply raring to return to it. “I sang in an operetta at the age of 10,” she recalled. “And now I want to sing in a zarzuela!”

In a revival of “Walang Sugat” perhaps, to play the mother of the heroine and sing in “Dueto de los Viejos”?