A week of music and dance collaborations | Lifestyle.INQ ❮ ❯ 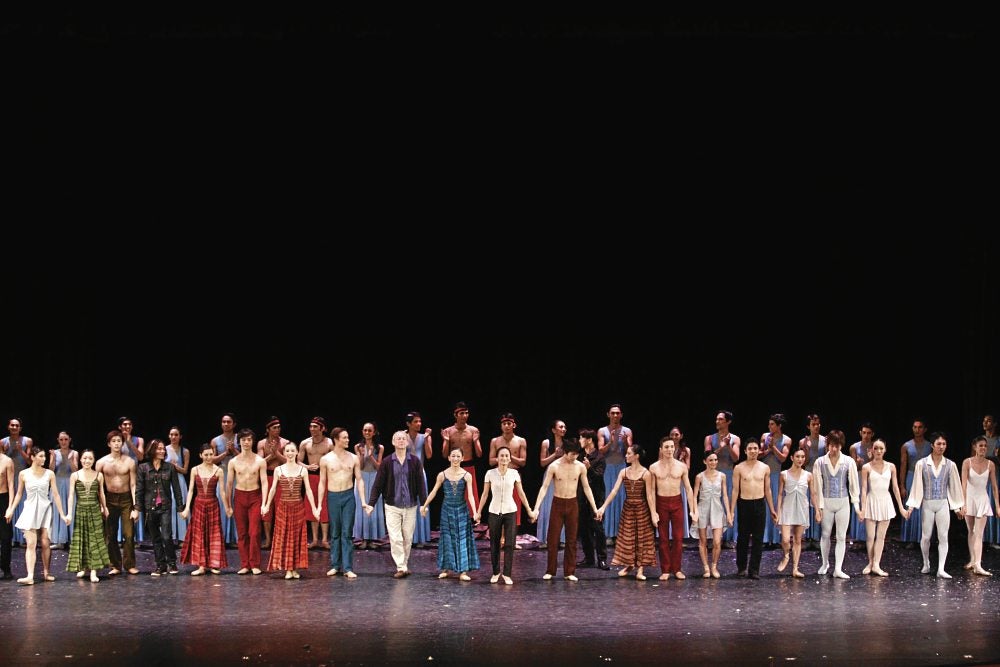 A week of music and dance collaborations 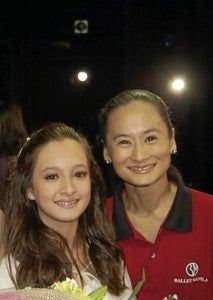 Music and dance lovers have several choices this week, and they all highlight the beauty and rewards of artistic collaborations.

On Wednesday, Aug. 17, 7 p.m., violinist Joseph Esmilla collaborates with cellist Victor Michael Coo and pianist Rudolf Golez in an evening of Piazzola and Mendelssohn at the UP Balay Kalinaw (tel. 7484152 or 09065104270). With only 150 seating capacity, you only have the next two days to reserve for the last 30 seats.

The other week, Ballet Manila collaborated with Singapore Dance Theatre and the result was an evening of choreographic gems with two first-rate dance companies onstage.

Easily a visual feast was Balanchine’s “Allegro Brilliante” (a Philippine premiere), which opened the program called “Masterpieces In Motion.”

Staged by Else Borne with music from the third movement of Tchaikovsky’s unfinished third piano concerto, “Allegro Brilliante” was pure dance with choreographic underpinnings that gave the audience an uncluttered view of ballet.

The last time I savored a Balanchine work was many years ago when another dance company mounted “Serenade”, no doubt another masterpiece in motion.

Short, but beautifully tight and arresting was Agnes Locsin’s “Arachnida” and the journey of self-reflection and human relationship in Stanton Welch’s “Maninyas.” 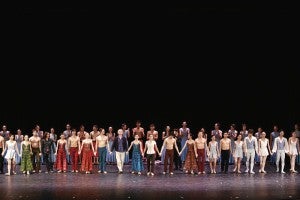 As usual, Augustus Damian’s “Ilsa-Dyur” with Edgardo de Dios and Lisa Macuja Elizalde in it took the audience’s breath away.

So what new insights did Ballet Manila dancers get from sharing the stage with the Singapore Dance Theatre?

Said Lisa Macuja Elizalde: “The best insights were from the new choreographies that I was able to watch “Maninyas” by Stanton Welch and “As Above So Below” by Edward Liang most especially, since I had already seen the Balanchine ballets before. The choreographies showed me such a wide range of dance vocabulary that is still out there just waiting to be explored and nurtured. This added a lot of excitement to our event. A shared energy is not present when our company dances by ourselves. SDT artistic director Janek Schergen and I were able to discuss all sorts of issues on what it was like to direct a good medium-sized company. In many ways, SDT and BM are very similar, and yet also very different.”

On Aug. 19 and 28, another rare literary and dance collaboration unfolds at Aliw Theater with a reprise of “Tatlong Kuwento ni Lola Basyang.” 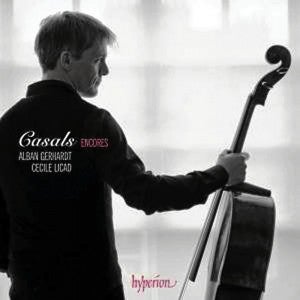 “With ‘Basyang’, we definitely reached an audience that would not normally be interested in going to the ballet or a dance performance,” Macuja-Elizalde said. “Yes, we definitely touched the hearts and minds of many very young children. I heard that after our initial run two years ago, enrollment in ballet and dance classes went up in schools all over Metro Manila.

“That is inspiring news for us. I guess the best evidence of this were the sold-out SRO performances we had in Aliw Theater and the extremely moving loud cheers, whistles, screams and applause we would get after the first blackout in the finale. The long curtain calls afterward with an audience that wouldn’t leave the theater—these are all signs that you have a winner!”

Narrating this year’s reprise of “Lola Basyang” is Lisa’s daughter, Missy, who debuted on the ballet stage in last year’s “Nutcracker.”

“Mixed emotions, really. I feel proud of Missy’s accomplishments, talent and strength of character that she shows whenever she goes onstage and dances. I also feel fear that she might get injured and face disappointment. I am, of course, always apprehensive that she will be compared to me, and audience expectations will be high, because I really don’t like that to happen to my daughter—to bring her under that kind of pressure and risk. Most especially, I am happy that she and I share the same passion for dance, because I know that Ballet Manila, long after I am gone, will continue to be nurtured by her.”

For tickets to the Aug. 19 and 28 run of “Tatlong Kuwento ni Lola Basyang,” call TicketWorld and Ballet Manila office at 5255967.