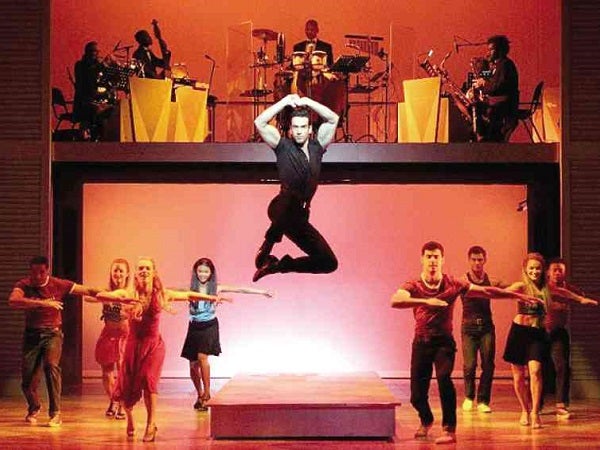 TICKETS to the worldwide smash-hit musical “Dirty Dancing –The Classic Story On Stage,” which opens at the CCP Main Theater on July 4 for 22 shows only, are now on sale.

The musical, adapted from the 1997 British film, has music and lyrics by David Yazbek and book by Terrence McNally. It was nominated for nine Tony Awards, including Best Musical and Best Actor-Musical for Patrick Wilson. Yazbek also won a Drama Desk Award for Outstanding Music for the musical.

The show is about a group of unemployed steelworkers in Buffalo, New York, who come up with a bold way to make some quick cash—by stripteasing—and in the process rediscover their self-esteem, stronger friendships and a renewed sense of fun.

For tickets and show-buying inquiries, contact Viva Atlantis Theatricals at 8927078 and 8401187; or visit www. vivaatlantistheatricals.com for more details.

CULTURE SHOCK Productions and Fringe MNL’s inaugural production is “Sa Wakas,” a new Pinoy rock musical featuring the music of one of the country’s most beloved pop-rock bands, Sugarfree.

“Sa Wakas” has a limited run of 14 shows at Peta-Phinma Theater in Quezon City, with matinee and evening performances until April 28.

The band’s songs are woven into a bittersweet love story that chronicles the end of one relationship and the beginning of another.

Co-written by Andrei Nikolai Pamintuan and Mariane Abuan with music arranged by Ejay Yatco, “Sa Wakas” promises to bring together the world of pop-rock and musical theater in one groundbreaking show.

Sugarfree was an alternative pop-rock band led by Ebe Dancel which recorded the hits “Mariposa,” “Burnout,” “‘Wag Ka Nang Umiyak,” “Hari ng Sablay” and “Makita Kang Muli.” The show aims to reintroduce these songs to a new generation and present them with a fresh and distinct sound.

Tickets are available at all Ticketnet outlets. For inquiries and reservations, call 9115555 or visit www.sawakas.com.

Tickets to the worldwide smash-hit musical “Dirty Dancing—The Classic Story On Stage,” which opens at the CCP Main Theater on July 4 for 22 shows only, are now on sale.

To be shown in Manila by Visa, “Dirty Dancing—The Classic Story On Stage” is written by Eleanor Bergstein, script writer and co-producer of the phenomenally successful 1987 movie. The production features all the characters and original dialogue from the iconic movie, plus dance sequences and brand-new choreography set to all the hits from the movie soundtrack, including “Do You Love Me?,” “Hungry Eyes” and the Academy Award-winning “(I’ve Had) The Time of My Life,”  making the show an extraordinary live experience.

The show features a cast of 35 who sing a score of 55 songs played by a live orchestra; 73 scene changes, which are lit by 200 moving lights; and 21 costume changes for the lead part of Baby alone.

It broke records in the UK and Germany for having the highest advance ticket sales in history. Before it even opened in London, the show had sold out for the first six months of its run. It went on to become the longest-running show in the history of Aldwych Theatre, London. To date, over a million audience members have seen the show in the UK.