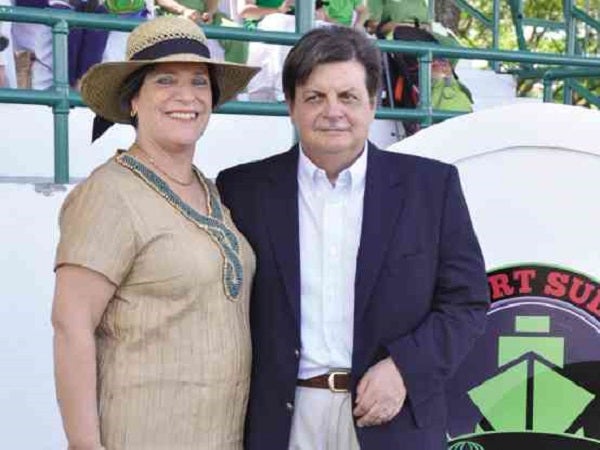 There are only 16 countries in the world that host polo tournaments. On a sunny Sunday at the Ayala Alabang field, power couple Mikee and Shiela Romero hosted the “sport of kings” that drew a good mix of fashion fans and polo aficionados.

For the Sunday main event, Argentinian pro player Miguel Diaz lived up to his lofty status, while patron Mikee Romero came through with another stellar performance of three goals as Team Maserati outlasted Team Jaguar, 10-6, to rule the Globalport International Sultan Cup.

Diaz dazzled the crowd again with his strength and great control to lead the team with four goals, including a 60-yard penalty shot that gave them a commanding 6-2 lead after the third chukker of the 10-goal international match.

Sheila Romero organized the party with a “vineyard” theme, and food and champagne flowed as the elegant “horsey set” celebrated Mikee’s birthday.

The wrap party went well into the evening, as guests danced to the band’s music.

Two other members of the team, Anthony Garcia and Tal Srivaddhanaprabha of Thailand (owner of the famous Kingpower Duty Free chains), also did well, with Garcia chipping in two goals while the Thai patron added one to underscore their dominance over the squad of Mexican Isidro Olivas, Argentinian Santi Galland, Santi Juban and Andrian Garcia.

With the resounding success of the event graced by Argentina’s Ambassador Joaquin Daniel-Otero, Philippine Sports Commission (PSC) chair Ricardo Garcia, and members of the UAAP women’s volleyball champion La Salle, Romero, who sponsored the two-day event, said a bigger and longer event will be held next year.

“This is for the good of the sport, especially for the new players. Patrons from the US, China and Thailand have expressed their desire to join the event next year,” said Romero.