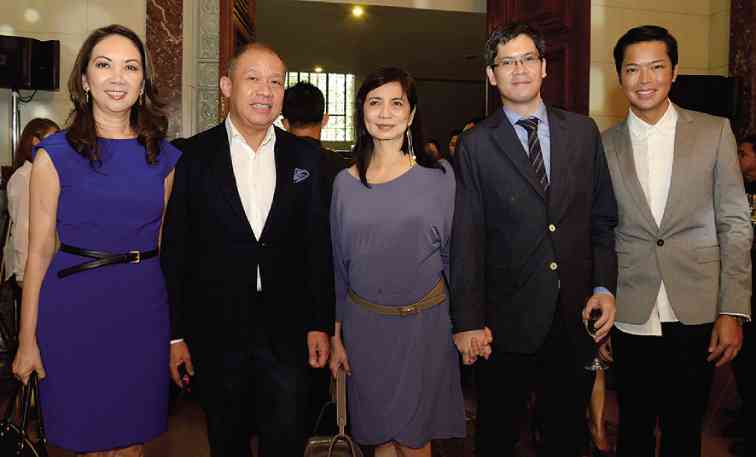 Ernest Cu, president and CEO of Globe, shared these figures with lifestyle journalists in a recent lunch hosted by the company at the National Museum’s Marble Hall. Cu also took the opportunity to reintroduce Tattoo, Globe’s broadband brand, as it “morphs” from a lifestyle broadband to a more socially relevant brand designed to further empower users.

Cu also brushed aside perceptions that a good number of its loyal customers are shifting to its chief competitor. During the last quarter of 2012, for instance, Globe sold over 150,000 postpaid plans.

“If people are switching, we can’t be growing,” said Cu. “As far as Globe is concerned, the churn rate or the rate of subscribers leaving isn’t increasing by any means. If you’re going to compare our figures to our competitor, they have 500,000 post- and 50 million prepaid subscribers.”

Cu sees tremendous growth in postpaid business, an area where the cell phone and broadband market is headed. Although the profit margin between the two, he said, is “very similar,” the postpaid business entails more investment in the telecom provider’s part.

“When you talk of postpaid, you effectively subsidize the phones,” Cu said. “You have already incurred an expense when the subscriber walks out of your store with a phone.”

It’s part of the “expense,” he said, of acquiring a subscriber. But the good part is not only are postpaid subscribers under contract, they also tend to spend more.

“They’re higher-quality subscribers because they tend to be more loyal and don’t use multiple SIMs,” Cu added. “To give this market greatly enhanced and customized capabilities that will allow them more choices, we’re introducing new variants of the Super Plan.”

As part of Globe’s rebranding efforts, the company now calls its Globelines by a different name. Under the Tattoo umbrella, it’s now dubbed as Tattoo landline. This complements Tattoo at Home (Globe’s broadband offering) and Tattoo Nomadic (or its portable sticks).

“Tattoo is growing nicely with double-digit growth,” said Cu. “It’s very strong in terms of market recognition. It (Tattoo Nomadic) is really made for the laptop. For the iPad mini, you just put a SIM in it.”

Although the tablet is still expensive as far as the Philippine market is concerned, Cu is seeing a gradual shift from laptops to tablets.

“I think the tablet is a bit difficult to share because people at home who take turns using the computer still use a laptop,” he said. “But the shift is already beginning to happen since we’re currently seeing a lot of sales for SIMs that are destined for tablets.”

Cu sees Globe’s revenues and market share to continue to increase as the company wraps up its much-vaunted modernization program. Problems, he said, should occur, but these problems would become a thing of the past once the process is completed.