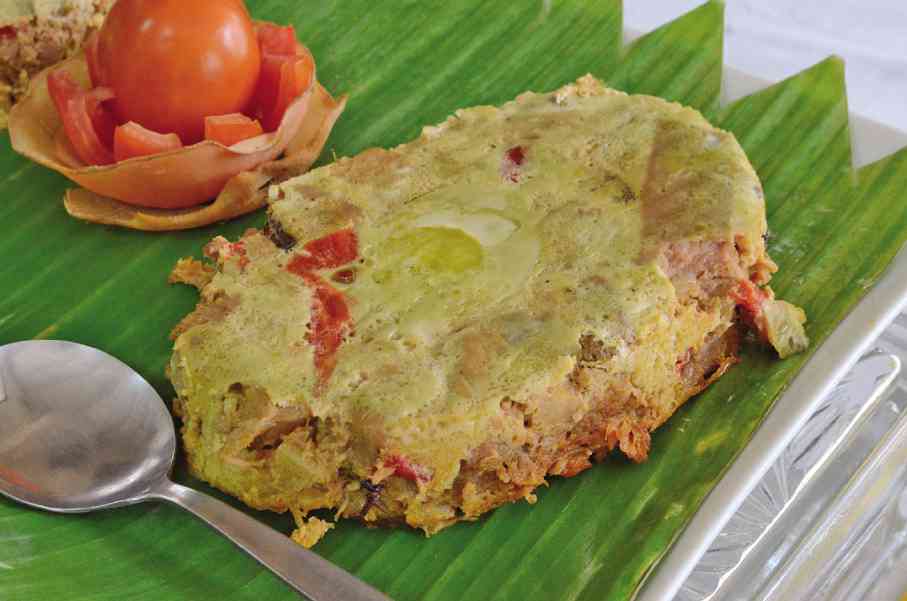 It’s the week after the Lucban fiesta (May 15) and it must be quiet today in this upland Quezon town. I’m not sure if the kiping (rice wafers) shaped into leaves and sometimes fashioned into chandeliers (arangya) still hang on the balconies of some houses.

Other décor are still hanging, ranging from smoked fish to vegetables. Sometimes, even the town’s unique longganisa (native sausage) have found its way into the house tables.

Because of the crowds, I have been avoiding the Pahiyas Festival of Lucban for many years. Even then, the traffic was already horrendous even if one left Manila before sunrise and then we had to leave before the procession in the afternoon to avoid the rush out of Lucban. Not much of a fiesta spirit to be felt there, merely bragging rights that one had been there and done that.

Visiting Lucban in the off-season is the ideal way to enjoy the place. It provides a cool respite from lowland heat in the summer. Of course, like all of the country in the typhoon season, it suffers from the same downpour and winds. But most days, its daily showers are part of its charm.

And the visitor need not fear that they have to know someone there. Many restaurants offer great cooking and the plus is that several restaurants have Lucban cooking.

We arrived before the fiesta on a quiet day in Lucban to meet with Milada Dealo Valde, owner of Dealo Koffee Klatch on Quezon Avenue, and who is called Mommy Valde by those who know and work for her.

We were guided by her directions on where best to pass to get to Lucban faster. We turned on the wrong street just once, and when we arrived 30 minutes before she expected us, Valde said our driver must have driven at a speed she called “viajeng langit”—he must have driven fast enough to bring us closer to heaven. We told her we were driving at normal speed but that there were very few cars on the road.

The food was laid out on a buffet table and it made me smile to see the jardinera prominently displayed. It must have been done to death during the fiesta but it’s a dish that can keep in its llanera (oblong tin container) in the freezer or refrigerator, dislodged onto platters on the day itself.

It was the best jardinera I ever had, flavors balanced perfectly, that made my eyes voluntarily close as I chewed every piece to focus on my sense of taste and to show how much I loved it. It didn’t look like much, a bit reddish with chunks of meat. But all good cooking has that “ah” factor that’s indescribable.

And if only for that, I would gladly brave the “viajeng langit” to taste the Dealo jardinera again.

There was kaldereta and pancit habhab, the latter another Lucban specialty made from the noodles (miki) produced in the town. And then dessert of leche flan with just the right sweetness.

Many of the food are associated with Lucban and that really makes the town quite ahead in the branding game. So there’s the jardinera and the pancit Lucban or habhab.

But then there’s the Lucban longganisa, as well. What makes it different is the use of the local paminton (pimentón powder), oregano and the buntal fiber to tie and separate the segments of the sausage. Buntal fiber hit it big when men still wore hats and buntal hats were known for its fine weaving.

But Dealo Koffee Klatch is better known for its cookies, especially the broas (toasted lady fingers). Again, it is sweetish, but just right.

They have a packaging designed by the Department of Science and Technology, attractive in orange and brown. And it has the “halal” seal which many food products today should have to be able to reach the Muslim market.

But Valde said that bringing the cookies to Manila is a problem, with agents not settling accounts right away. What a pity. Not only do we not get to taste the broas but the other cookies, as well—the apas, camachile and galletas—all retaining the fine quality of the original, no compromise on ingredients.

Valde brought us to the bakery, spic and span and with new ovens, and now busy as well with cake decorations.

The original ovens were imported from Germany. Valde said her father loved to read and was fascinated with German technical know-how and machinery.

The maker of those ovens was curious, she said, why a bakery in an area hours away from Manila should want to install their ovens, and arranged for a visit to Lucban. But what does remain of the German influence is the name of the business, Dealo Koffee Klatch. It means a coffee shop where people meet.

Milada Dealo Valde, with the family bakery and restaurant, is the best promoter of Lucban cooking with Mommy Valde doing demos for tourism and trade promotions here and abroad.

Her bakery has expanded to Lucena, where the interior design makes use of the kiping as décor and has a more modern touch in its yellow color and its layout. It is managed by the next generation, her son Alvin Valde, who has introduced food that younger people favor, like pasta, but still keeps the traditional, including those cookies which have made their bakery famous.