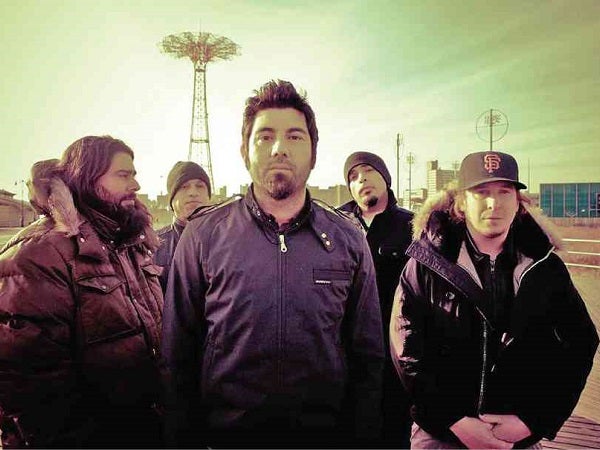 Twenty-five years and still relevant. This is probably the simplest yet most telling way to describe the Sacramento-based, alternative metal band Deftones.

And with almost three decades of continuous recording and touring, one wonders how a band that has stuck through a distinct style managed to survived through the years.

While most groups stick it out through reinvention, the Deftones remained solid via rediscovery—as its latest studio album released November last year suggests.

But one should not think that the band has changed, or worse, mellowed in its music.

The album’s 11 tracks finds frontman Chino Moreno in a different light—far from his angst-driven, growling persona that was evident in the band’s previous six albums.

In “Koi,” Moreno is heard faithfully keeping close to the theme of love at first sight—bouncing around like crazy but singing in a hypnotic, romantic way that borders almost on the ethereal side.

But while the album boasts of new material, the band has not really distanced itself from its signature sound. Tracks such as “Poltergeist,” “Swerve City” and “Tempest” should sound familiar to fans of its arguably best album, “White Pony.”

Guitarist Stephen Carpenter is back with his usual dark and mathematical riffs, pulling away with stringer-turned-regular Sergio Vega’s pounding bass slaps that seamlessly lock with the simple but reverberant drum hits of Abe Cunningham, in cadence with Frank Delgado’s samples.

The band is returning to Manila tomorrow at the World Trade Center in Pasay as part of its album promo tour.

The Deftones will be sharing the stage with yet another relevant metal outfit, the Filipino band Queso, led by Ian Tayao and Eight Toleran, known in the ’90s as Cheese.