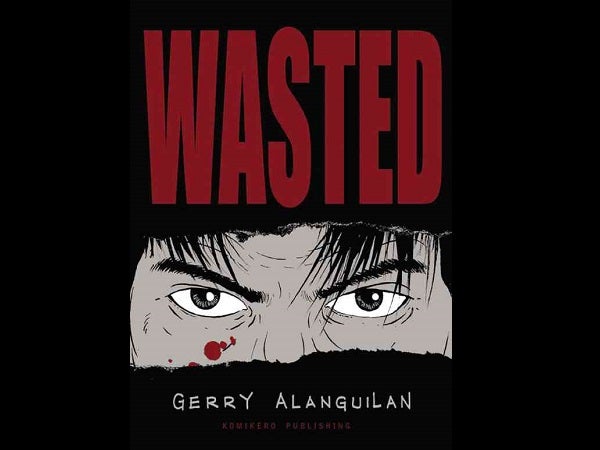 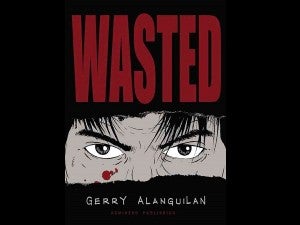 There was simply nothing else like Gerry Alanguilan’s “Wasted” when it first came out in July 1994. The photocopied, black-and-white independently published comic book was a shot across the bow for the coming wave of comic books. It was a loud and proud next stage of evolution from the venerable komiks tradition.

Filipino comic books were still in their infancy then but “Wasted” was definitely the bad boy of the bunch. It was angry and profane but also starkly honest.

Running eight issues from 1994 to 1996 and published by Alanguilan’s garage imprint Deranged Comics, “Wasted” was basically one bad trip that steadily got worse. The young man named Eric took a walk across the city while pretty much destroying everyone who got in his way—and a few people who just happened to be there.

His father was dead. His girlfriend had left him for another man. So Eric took it out on the world around him, sometimes with his bare hands. He was hurting so bad that he wanted to hurt everybody else until it stopped hurting.

As each issue went by, the stakes got higher. Unlike what you would expect in a conventional comic book story, this was not going to end well. And that was the point. It was depressing then and it is depressing now, which is a good thing.

The art was raw but effective; it scared the heck out of anyone reading it.

“Wasted” was unabashedly visceral and violent, stunning the reader with its ferocity from the very first issue. A lot of people died badly. There was nary an ounce of political correctness in it. It was romantic in a fatalistic way and yet the violence was cathartic—though the book remains, as it will always be, strictly for mature audiences.

That audience was also loyal. The readers waited for the following issues, even though they came out irregularly. They wanted to know what was going to happen to Eric— even if deep inside the reader probably already knew. They waited anyway.

That kind of devotion made “Wasted” a must-read. It was the first series collected into a trade paperback by the nascent Alamat Comics in 1998.

It’s been reprinted several times since, but when the original artwork went up in a fire in 2003, it seemed that “Wasted” was going to go out of print for good. So, when Alanguilan’s own Komikero Publishing released a new collected edition at the Summer Komikon, it was a cause to celebrate.

Of course, Alanguilan went on to write and illustrate other comic books. He became a world-class inker, worked with the big names and inked major characters Superman and Wolverine, among many others. He also became a dedicated historian of Filipino comics.

But “Wasted” was the work that started it all. It’s not Alanguilan’s best work; that distinction goes to “Elmer,” his whimsically insightful, Eisner-nominated, talking-chicken saga. But “Wasted” was the work that heralded what was to come. It proved that the audience for such ground-breaking books was there and that the model, even in its photocopied, black-and-white, limited-distribution incarnation, could work.

Its success made possible everything from Arnold Arre’s “The Mythology Class” and Budjette Tan and Kajo Baldisimo’s “Trese.” That makes “Wasted” the most important independently published comic book in Philippine history.

So, if you haven’t read it yet, here’s your chance. And if you’ve already done so, then read it again.

The new edition of “Wasted” is available at  Comic Odyssey branches at Robinsons Galleria, Robinsons Place Malate, and  Fully Booked, Bonifacio High Street. Or log on to http://www.comic-odyssey.com/wasted-by-gerry-alanguilan/