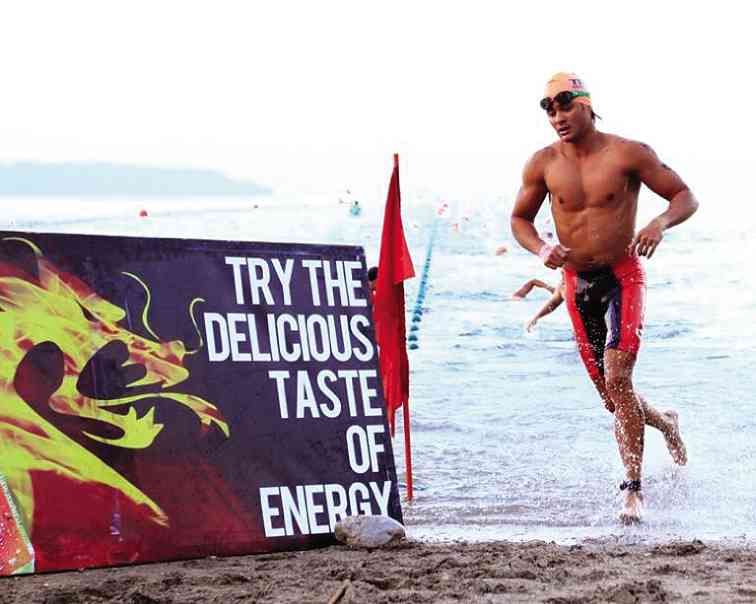 Moving on to ‘quality runs’

Getting into an active lifestyle is not as simple as just doing it. Don’t just do it; do it right. Train properly, avoid injuries as much as you possibly can, learn the science of recovery—respect your body when it begs to have a break—get proper nutrition, and you’ll thrive in a chosen sport much longer.

Running is still one of the favorite activities of Filipinos, said Lester P. Castillo, special events and PR executive of Unilab Active Health (Ulah). The company’s popular event, Run United, organized by coach Rio dela Cruz’s RunRio, has already seen about 190,000 registrants since its launch in 2010.

Since then, Castillo said participants have also progressed, moving up from running 5k to doing 21k or more. This trend, he said, prompted Ulah officials to narrow down participants this year by completely eliminating 5k events so that they can focus resources on quality runs instead.

Run United now only has 10k, 21k, 32k and 42k events. The 500-meter dash, designed for children five to 12 years old, kicks off after the adult races so that family members, usually runners themselves, can cheer on their little ones to the finish line.

“These are what we call the progressive athletes. People who have been joining our runs in 2010 are now running longer. Their goals have changed as they continue to evolve in this sport. We want to zero in on this new breed of runners,” Castillo said.

There are six types of runners in every race: the newbies, sustained users, progressive users, competitive users, the pros and the advocates. The 5k event is, without a doubt, still the most popular leg in any running event. It’s the entry level for most runners. Castillo, however, said Ulah has decided to focus on the new core of runners who are getting serious in the game. They want to create a community of committed athletes, and guide them along the way.

By focusing on quality runs and runners, Dela Cruz said it also means fixing the number of participants to a maximum of 12,500 per event. These days it’s not just a race to the finish line, but a race to sign up quick, as well. Slots are usually sold out in just two weeks.

“From the very beginning we place high importance on the runners’ comfort and safety. While we want to accommodate as many runners as possible, we have to limit the number of participants to give them a very good running experience in every race,” said Alex Panlilio, business head of Ulah.

Its latest event, Run United 2 which concluded two Sundays ago, had more hydration stations, and more enforcers for traffic management. “We increased the number of marshals, police forces, SWAT and K9 teams for our runners’ peace of mind. There is a need for law enforcers’ visibility to create that safe environment. We don’t have volunteers anymore. They know that when they join Run United they are safe, the routes are well-designed, there’s more than enough hydration, sponges and food for everybody,” Dela Cruz said.

Run United has kept a loyal following through the years. With Run United Series known as RunRio Trilogy, runners from 21k up get to collect three different-shaped medals that they can fashion into one large medal when they complete the series. Many runners actually free up their calendar to make space for the RunRio Trilogy.

“Our vision is to be able to sustain running, not to go the way badminton did years ago,” Dela Cruz said.

Progressive runners are those whose goals are defined—faster time or longer runs. They are in competition with themselves, said Castillo, not with other runners. They are at the crucial point of getting dead-serious or burning out. Post-race booths offer general fitness tips to ensure the body is ready for more challenges, tips on how to improve performance, and emphasizing the importance of recovery that Castillo said is often the most neglected part of the training.

“You have to keep on going the right way. Once you start training the improper way, you can get injured and can get sidelined from achieving your goals. Once you get sidelined, there is a chance you might not continue your journey toward fitness anymore. That’s why it’s important to guide the progressive athletes,” Castillo said.

Ulah now has a sports apparel line called Active Health, available at Riovana store in Bonifacio Global City and soon at its branch in Katipunan, QC. Active Health will be available in four more specialty stores by the end of June. Only tops, 10-12 different singlets and shirts are on the market. Ulah is looking forward to expanding into shorts in the future. Prices for tops range from P700-P1,200. ION energy drink and Enervon nutritional drink are also available.

Ulah also has duathlon (bike plus run) and triathlon events called Bike United and Tri United. Training clinics headed by triathlon couple Dan and Ani Brown are free, although you have to pay for your accommodation. Text 0915-4440290 or e-mail [email protected] for schedules and inquiries. Running clinics, held at Bonifacio Global City last year, is still in the works. Visit www.unilabactivehealth.com for updates.