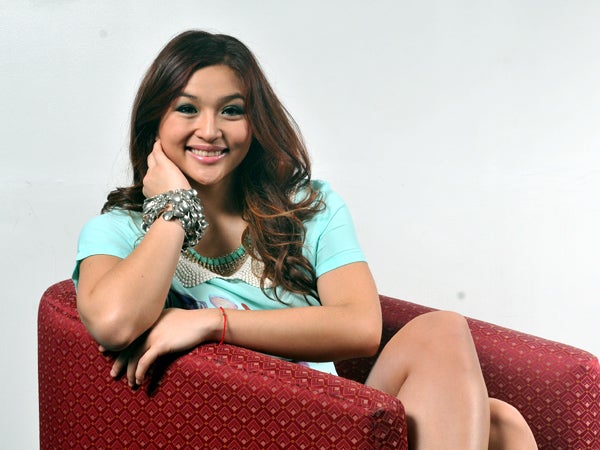 Her mother might have held her hand through her first baby steps as a fledgling singer and performer, but come September 26 when she holds her first solo concert, Zia Quizon will be taking the stage of the Music Museum and facing the glare of the spotlight on her own.

It will be the culmination of a young woman’s journey to selfhood, one that the public has been privileged to share, thanks to the celebrity of Zia’s parents, pop diva Zsa Zsa Padilla and the late King of Philippine Comedy, Dolphy.

At the age of 21, the theoretical threshold of adulthood, and with her father’s first death anniversary on the 10th of this month serving as another symbolic marker, Zia is declaring her own independence.

She is in the process of moving out of her parents’ home into her own condominium, a D.I.Y. project that she is enjoying to the hilt.

“I don’t want to feel like I’ve built the foundation of my life on someone else’s merit, with someone else’s hard work,” she says.   “I really want to make sure that when I look at my dining table, I can say ’I worked hard for this table!’”

Zia is also more firmly, if still a bit reluctantly, entrenched on the path of show business.  She is finishing her second album for Polyeast Records, which she says will feature more of her original compositions than her 2011 eponymous debut.  Her mother’s personal manager has also taken her under her wing. Apart from occasional gigs, Zia has begun to do endorsements and TV guest appearances as well.

Doors might have opened more readily because, after all, she is a Quizon, but Zia is determined to be worthy of the attention that has all too readily been showered on her all her life, and to rise on her own merits as a singer and songwriter.

“It wasn’t really a conscious decision for me to break into showbiz,” she says.  “I’m a bit more grateful, because I know a lot of people work so hard and dream about this their whole life.  I really don’t want to take the opportunities that have come my way for granted.”

At the heart of all these is the music.

For Zia, writing and singing songs was always a way to break out of the shell of loneliness that surrounded her all her young life, and to connect with other people.

“It was a way for me to express myself and to relate to other people when I felt I didn’t have words,” she says about discovering her facility for composing songs.

“I wasn’t really conscious about recording them,” she adds.  “It was just a way for me to feel better.  A lot of the songs I write are kind of sad, because when I feel sad I need catharsis to let it out, so I can process my feelings.”

Fame is a double-edged sword, and children of famous parents carry more emotional baggage than most.

Despite a happy childhood in a loving family, Zia by her own account was lonely, introverted, painfully shy and socially awkward.

“I’m a very introverted person, I guess, ever since I was a kid,” she says.  “Because I saw my parents in the spotlight, maybe it was instilled in me to stay away from that kind of thing.  I was just very shy.”

Early on, Zia was aware that her family was “different.”

“I grew up with my parents literally ’nagda-drama,’ so I was very eloquent even as a kid and I was very mature for my age.”

It would upset other kids, for instance, when Zia told them that Santa Claus didn’t really exist.

The onset of puberty and high school further complicated things.

“I went to three different high schools for three years, until I was so fed up with high school that I took the DepEd test so I could be accelerated into college,” she recalls.

“I was just a loner, always in the music room, I didn’t really eat my lunch with the other kids, I didn’t go to parties.”

Zia was the proverbial fish out of water throughout high school.  She had gone to a Montessori grade school that encouraged free thinking, and so was totally unprepared for high school where conformity to the norm, belonging to the group, was the primary mode of being.

“I didn’t have a clue.  I was culture shocked.”

She didn’t really belong with the nerds (despite being quite nerdy herself) nor did she feel at home with the party animals.  On top of that she had do deal with what she describes as “the loner fat kid thing.”

“I was like 200 pounds so it was harder for me to get guys’ attention in the first place,” she recalls.  “I didn’t really relate to guys in a relationship way, but most of my friends are men because my personality and character had been influenced more by my dad.”

Having a hot mom and an even hotter older sister, Zia admits being overweight in high school was a major bummer.

“It was hard,” she recalls.  “I went through my own struggle with my body image and things like that, and of course even now, sometimes I think I should have abs like everyone else does, but life doesn’t work like that.  And ever since I saw my dad get sick and my mom after what she went through, even though I’m only 21, I feel like we’re all like running out of time, and I really have to take care of myself specially now.  I don’t want to wake up 20 years from now wishing I had eaten better.”

Zia has since shed the baby fat, and now adheres to a healthier diet, cutting out fast food and take-out meals.  She still doesn’t have abs, but that’s all right.

Having been accelerated out of high school provided a neat exit.  Zia enrolled as a Literature major at the De La Salle University, a choice decided by her wish to be less sheltered and less of an  ‘Inglisera,’ and the fact that many of the Quizon siblings she could relate to attended the same school.  But as her music career took off, and her father’s illness grew progressively worse, she had to put college on hold for the time being. 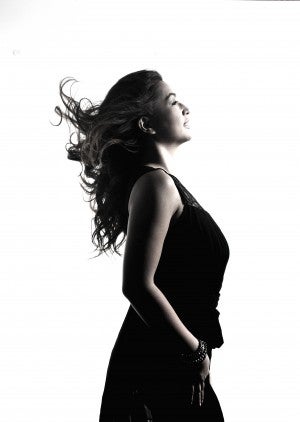 Music had always been a balm, but it took some time for her to discover the right vehicle.

“I played as a session musician for bands, but I could never really join one because I could never commit to sharing creatively with a lot of people,” she says.  “I find it really hard because I’m very critical of myself.  I need it to be a hundred percent or else, why bother?”

“That’s why I learned guitar,” she continues.  “I feel really odd and uncomfortable when I’m marketed as a guitarist or an acoustic performer.  I only started playing the guitar because I was a loner, I was musically inclined, and I liked to write, so it seemed natural to learn some chords and basic music.  I found that writing, especially music, was a bit more universal as a communication for two people.”

“It was a happy childhood,” she recalls.  “I wouldn’t say it was unhappy.  It was just very different.  My understanding of life was seen through a very different lens, and the things I thought were normal weren’t so normal pala.  But you pick up eventually that it doesn’t make you any less of a person, or your family any less of a family.  Because it’s a bit complicated like that; every family is complicated in its own way.

“I grew up shadowing my dad, because I didn’t really like to go out,” she recalls.  “I had friends, but I would invite them over to my house rather than hang out.”

Being in close proximity to her father, Zia picked up a lot of his personality, his mannerisms, his quirks and his attitudes.

“I’m really like an old person on the inside,” she says.  “I spent a lot of time with my dad so I picked up a lot of my musical influences from him.  I like a lot of older music.  I say things like ‘why do things cost so much nowadays?,’ ‘Noong araw…,’ and ‘Those kids!’  I just feel kind of old, so I’ve always felt I couldn’t relate to younger kids my age.”

Dolphy was already in his sixties when Zia was born, and although he could still throw a punchline with the best of them, an awareness of the inevitability of old age and infirmity cast a shadow over Zia’s childhood.

“The idea of mortality was so familiar to me since I was around seven,” she recalls.  “I saw it from the beginning, to the end.  I saw it at a very young age, and that helped me mature a lot faster than my peers.  I had a lot of time to reflect on those feelings.  While [Dolphy’s final illness] was happening, I had to be calm and not very reactive, just very observant and understanding of how everyone else was feeling.  So now that I have time to reflect, it’s nice because it’s not this rush of emotion; it’s a bit more logical.  I can feel my feelings and even write about them.  I’m glad that my mom and my dad prepared me (for this).”

In the end, although she has embraced the performing legacy that both her parents have given her, Zia wants like all artists to make her own mark.

“I’m still shy and introverted in general so it’s a bit hard for me to come out of my shell at first,” she admits.  “Sometimes, people are kind of disappointed when I’m not more loud or more ‘showbiz.’  People already have an idea in their head of how I would carry myself.  Is she going to be funny like her dad?  Is she going to be kind of diva-ish like her mom?  I’m my own person.  That’s a big struggle I’ve always had to overcome—to be confident in who I am.  So really, I’ve just been trying to assert myself and say ’it’s okay to be yourself.’” •