The air in Metro Manila could be cancerous | Inquirer Lifestyle ❮ ❯ 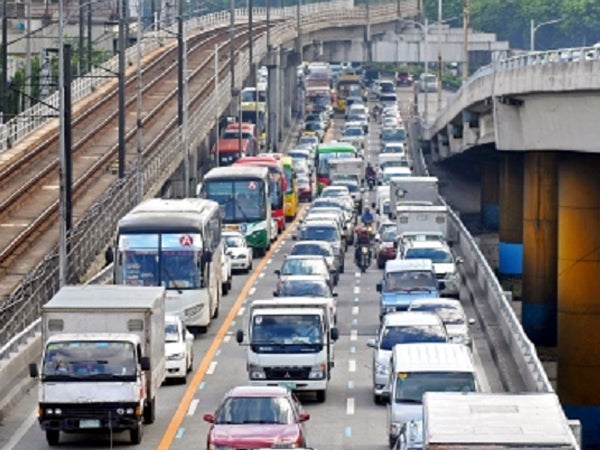 The air in Metro Manila could be cancerous

It has been reported that the Philippines has one of the highest incidences of breast cancer in Asia.

A paper written in 2009 by a group led by Adriano Laudico of the Philippine General Hospital, and published in the Asian Pacific Journal for Cancer Prevention, confirmed that the Philippines has one of the highest incidences of breast cancer in Asia.

The paper also showed that breast cancer incidence in seven cities in Metro Manila was much higher than in 14 cities and municipalities in Rizal province.

As a result of this report, this author decided to revisit the two surveys we had conducted in 2001 and in 2009, which were intended to establish the concentration of certain airborne toxic substances in representative sites in Metro Manila, and to try to correlate the results with the findings in the above cited paper.

What are these invisible toxins?

The particles emitted by thousands of motor vehicles plying the streets of Metro Manila every day contribute to a large extent to the smoky haze of the metropolis.

Commuters using jeepneys, tricycles, motorcycles and other non-airconditioned modes of transport have taken for granted seeing black particles trapped in their nostrils when they clean their nose, and blackish shampoo suds when they wash their hair at the end of the day.

Unfortunately, more than the dust  trapped in our noses and hair, the pollutants that manage to reach our lungs pose a greater health risk.

Polycyclic aromatic hydrocarbons (PAHs) are cancer-causing pollutants that are released by the combustion process in motor vehicles.

The high temperature and high pressure conditions inside vehicle engines are conducive to the production of PAHs. Some of them attach to dust particles and are usually safely captured by physical filters of our respiratory system. However, the rest stay in gaseous form and in very small particles and are able to reach the lungs, easily breaching the hairy nasal filters. Eventually, they also reach the circulatory system as well, through the alveoli of the lungs.

Why should we be concerned with PAHs?

These PAHs form metabolites in the body that can directly destroy the normal structure of DNA and subsequently cause the formation of abnormal proteins and cancerous tumors.

In humans, these PAHs are considered most probable carcinogens based on the evidence of carcinogenicity in animals, and the probability that similarity in metabolic processes involved in dealing with PAHs exists in humans and animals.

Studies by the World Health Organization show that there is a probability of one in 10,000 that a person will have cancer if he is exposed to ambient air with 1 nanogram (ng)/m3 Benzo(a)pyrene during his lifetime.

The relationship of exposure to PAHs and genetic damage in breast tissues and breast cancer was investigated by Frederica Perera and her group from Mailman School of Public Health in New York.

In a paper published in Carcinogenesis in 2000, the researchers found that the higher levels of DNA-PAH adducts in breast cancer tissues, reflecting that individual exposure and susceptibility to PAH may play a role in breast cancer. The possible modes of action of PAHs in breast cancer were investigated by Martina Pliskova and her group from the Veterinary Research Institute in the Czech Republic.

In their paper published in Toxicological Sciences in 2004, metabolites of Benzo(a)pyrene, and Benzo(a)anthracene were found to induce cell proliferation of breast cancer cells, both by activation of the estrogen receptor that expresses cell proliferation, and by causing genetic damage to the DNA damage repair checkpoints that eventually result in the proliferation of DNA-damaged cells.

In a 2001 survey of PAHs in ambient air particulates conducted by this author in four sites along the stretch of Epifanio de los Santos Avenue (Edsa), in two industrial sites and in three residential areas within Metro Manila, the concentrations of Benzo(a)pyrene (1.2-10.6 ng/m3) detected in all the sampling sites exceeded 1 ng/m3; this indicates that lifetime exposure to ambient air at most of the study sites could pose higher risk of more than one in 10,000 to cancer.

The additional potential toxicity from three other carcinogenic PAHs detected in these sites further increases the risk of the exposed population to cancer.

A survey of gaseous-form PAHs in ambient air in three residential villages in Metro Manila in 2009 showed that village residents are continuously exposed to PAHs that can pass the nasal filtering system and directly reach the circulatory system.

The residents are exposed to the combined concentration of the PAHs at 52-76 ng/m3 during the rainy season in August to October, and at 83-167 ng/m3 at the onset of the dry season in November to December (Santiago E. and Cayetano M, 2009, Atmospheric Environment 41, 438–47).

These gaseous PAHs have not been shown to directly cause mutations in animal studies, but have been implicated as cancer-promoting agents. PAHs can induce the production of some enzymes in receptor cells that promote the formation of free radicals and bioactive molecules in a living system.

In effect, the promoting agents induce the production of substances that can alter the normal expressions of some genes, which can lead to mutations.

The author hopes that the science-based information in this article will serve as a wake-up call for everyone to work together to reduce vehicular emissions of toxic PAHs in the Metro Manila environment, and to urge our health, economic and environment managers to give attention to management of the risk from involuntary exposure of the population to carcinogens in air.

Air pollution poses a present and real danger to the citizenry that cannot, in conscience, be ignored for long!

The author is a researcher at the Natural Sciences Research Institute (NSRI), University of the Philippines, Diliman, and a professorial lecturer on environmental toxicology at the Institute of Environmental Science and Meteorology at the College of Science in UP Diliman. She is the head of the Chemical Research and Analytical Services Laboratory of NSRI. She may be reached at [email protected]