Cebu on my mind: Beehive of activity in the Queen City | Lifestyle.INQ ❮ ❯ 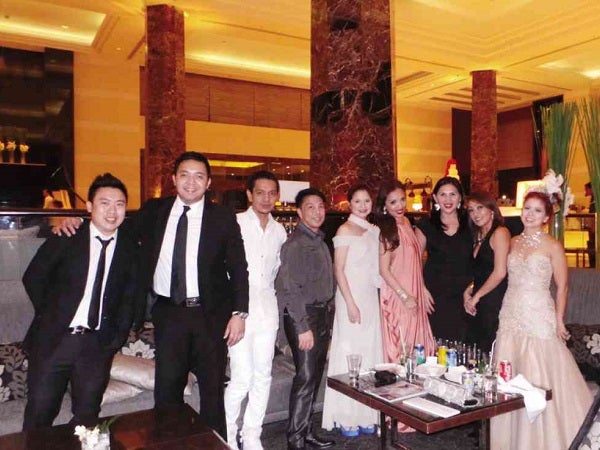 Cebu on my mind: Beehive of activity in the Queen City

Cebu is constantly on my mind. First off, the Cobra Ironman 70.3 triathlon will be held there next week, and I am registered to join the race. It’s been a year since the last Ironman, when I participated as part of Timex Team Valdes. It’s different this year as I am doing all three legs and not just the bike leg.

Now that our team outfits from Speedo, Timex and Specialized have been delivered, we are race- ready as far as costumes are considered.

I’ve been training for the past six months, as has my hubby, Dennis, and my son, Bryan.

Dennis has been doubly training as he will also be part of Team Philippines at the Underwater Hockey World Championships in Hungary at the end of August. Speedo has generously supported his sport by providing uniforms for the men’s and women’s teams.

Corporate sponsorship for sports is always appreciated. Fila has been increasing its sponsorship of sports. Aside from rugby, it now also supports baseball.

Fila is supporting the Philippine team that won the recent Asia Pacific Championships in the 15- to 16-year-old boys category. This team is headed to the World Series in Bangor, Maine, in the US next month and will compete against teams from around the world.

Bundles of floral blooms in towering glass vases served as dramatic table setting for the affair. Exceptional florist Robert Blancaflor outdid himself again with the setup. I am quite excited for the floral arrangements he will create for this year’s Red Charity Gala.

At the dinner, I spotted handsome and athletic Richard Gutierrez and asked him if he will go to Cebu for the Ironman. He replied that, unfortunately, he has not been able to train so he will have to wait for next year.

Cebu has also been the venue for the Inquirer Lifestyle, LOOK Magazine and Samsung 2013 Face-Off Bridal Collection. The Cebu edition was elegantly held at the Santa Maria Grand Ballroom of Radisson Blu.

In the hotel’s lobby, beautiful wedding gowns of design masters such as Joe Salazar and Pitoy Moreno were highlighted at the Champion Infinity Detergent 2013 Face-Off Bridal Heritage Exhibit, which was helped organize by SM Cebu’s Northwing.

Samsung was a main sponsor of the event. Before the fashion gala, Samsung Mobile awarded the Man and Woman of the Night, each receiving a Samsung S4 Zoom. This exceptional phone has a zoom lens that captures awesome photos that can be uploaded instantly to Instagram, Twitter and Facebook.

SM Properties’ Elizabeth Sy graced the affair and was delighted with the well-attended affair. SM Accessories brought in stunning model Georgina Wilson as the finale runway model of Cary Santiago.

I was overjoyed with the beige, nude gown with a flowing cape made for me by Cebu designer Ronald Enrico. He also produced a laser-cut dress for me a month ago, for the launch of Sundance Residences Cebu.

That event showcased a twin-tower condominium building located in the rolling hills of Banawa, a beautiful area on the hillsides of Cebu. The launch was graced by luminaries from the city headed by newly elected Mayor Mike Rama.

Sundance Residences is the pioneering venture of Worldwide Central Properties, an affiliate of the Worldwide Steel Group of Companies, principally owned by the Ong family of Cebu.

The Worldwide Steel Group may not be too well-known in Manila, but the family-owned firm has been an investor in the province since 1976, starting with steel and expanding into retail through its Worldwide Home Depot subsidiary.

The group now brings its commitment to construction and development by providing not only the building blocks for homes and business, but in creating homes and fostering communities.

The Ongs have hired top architects and engineers to build best of class condominiums in Cebu. The principal architect is Taf Consultancy and the main structural engineer is Sy2 + Associates.

Sundance Residences is Cebu’s first child- and family-friendly residential development. The complex aims to ensure that families maximize their quality time together, thus including a host of family-centered amenities in the project. The building will have a daycare center where parents can enroll their children with childcare professionals who will ensure wholesome academic and playtime activities for the little ones.

A commercial strip within the development is planned, which will include various establishments as well as schools for language, music and the arts, among others.