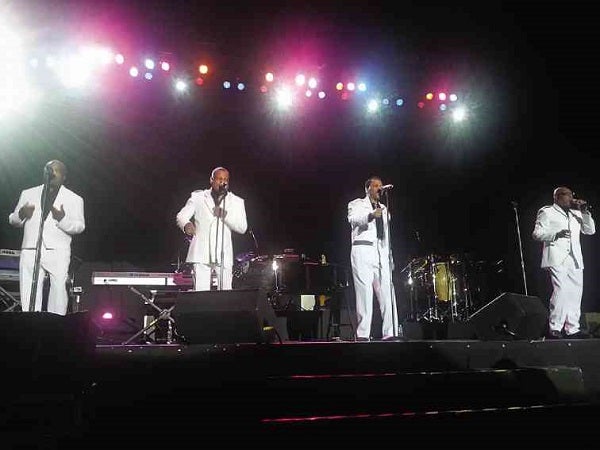 There is only one place that comes to mind whenever friends would like to hang out in Cubao—the Araneta Center.

Back in the late 1970s, there were two Shakey’s branches at Araneta—one at the New Frontier Cinema, the other at Ali Mall, both of which featured live bands. In later years a group called Ijos would play there, fronted by a powerhouse singer named Arnel Pineda.

San Mig Pub had a branch at Ali Mall, with a piano bar and lounge singers.

In the late ’80s, when we were working at Jingle Chordbook Magazine on P. Tuason Street across the Bahay na Puti of the Araneta family, our art director would drag us to an eatery-cum-beer joint called Bamboo House beside the old Farmer’s Market to drink beer.

Back then, there were practically no other choices to have a nightcap after watching a concert at the Araneta Coliseum.

But today the remodeled Araneta Center is buzzing with life, with many options for dining and chilling out. There are a number of places we go to before watching a gig at the Big Dome, now called Smart Araneta Coliseum after the telecom giant entered into a partnership deal with the Aranetas worth P50 million.

There’s North Park near the red gate of the Big Dome, where we usually order siomai and roast pork asado to go with San Mig Light beer, or hot noodle soup when we’re famished.

There’s Café Adriatico near the yellow gate, where beef salpicao and Aling Ising’s adobo are favorites.

Café Bola near the Big Dome’s green gate is where we munch on taro chips with beer.

Beside Café Bola is Rasa-Sachi, which used to be two separate Singaporean and Japanese restaurants until they were merged recently. We like its tuna and salmon sashimi, and sometimes its seafood noodle soup.

We just wish that Café Bola and Rasa-Sachi would switch from serving beer in cans to bottles, because somehow drinking beer in a can doesn’t match the restaurants’ ambiance.

In any case, we were at Rasa-Sachi last Tuesday about half an hour before the Dionne Warwick concert started, when we noticed the presence of a lot of military-looking dudes in short-sleeve barong who turned out to be members of the Presidential Security Group.

Aquino in the house

That could only mean one thing—President Aquino was having dinner in a private function room of the restaurant. This was the second time we chanced upon Mr. Aquino; the first time was in October last year when he watched the gig of the classic rock band America with some Cabinet members at the Big Dome.

While waiting for our chance to take a snapshot of the President, we asked Roxas if we could also take his photo. He obliged, ditto with Abad, Henares, Soliman, and Deles, who was eating ice cream when she smiled for the camera.

From our table we could see Mr. Aquino in a relaxed mood while smoking with some companions, including Romy Mercado and a few other friends. Wearing a collarless black jacket over a plain white button-up shirt and black pants, it seemed Mr. Aquino wanted to feel like a regular guy on a night out with the barkada, if only for a few hours.

When he went back inside the restaurant to chat with Abad, our friend Jacky Inductivo seized the moment and said, “Mr. President, can I have a photo taken with you?”

Mr. Aquino obliged, with a smile.

We didn’t know if he really enjoyed the Warwick concert, although he stayed on till the show’s end.

But as far as we’re concerned, the most significant part of that gig was Tavares’ opening act—which consisted of five songs performed with such dynamic energy that it didn’t matter that the four-member vocal group was singing minus-one.

As for Warwick herself, we don’t think concert promoter Renen de Guia of Ovation Productions would take the risk of bringing her back for future shows, given the deteriorating quality of her vocals.

Other gigs worth checking out at the Big Dome, all to be mounted by Ovation: Pet Shop Boys, Aug. 6; Fall Out Boy, Aug. 8; and George Benson with Pauline Wilson, Sept. 5; The Killers, Sept. 26.

Most probably the President would be back to watch Benson and Wilson, since he’s a jazz fan who used to hang out at Birdland in Quezon City.