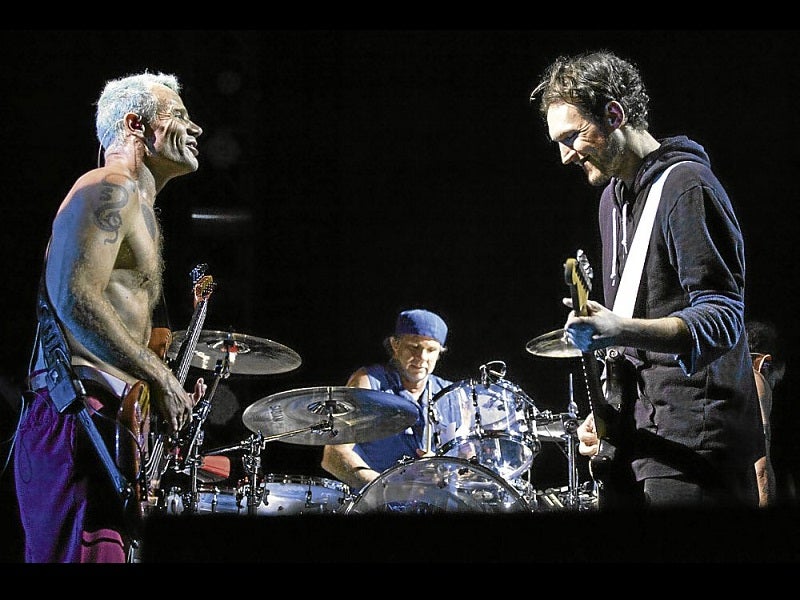 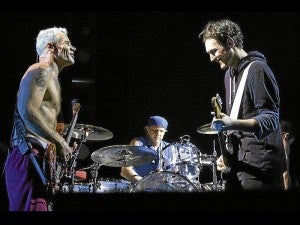 After spending a month in Europe watching acts like Friendly Fires, Metronomy, Arcade Fire, The Streets, The Strokes, and Big Audio Dynamite, among others, in two of the biggest music festivals in France and Spain with musician Rico Blanco, I thought nothing would excite me anymore when we returned to Manila.

But we got a call from Flerry de Leon, head of Warner Music Philippines, inviting us to Hong Kong not just to watch the Red Hot Chili Peppers (RHCP), but to go backstage.

Just days after getting back to Manila, we were packing our bags again, this time eager to meet one of the most legendary bands to ever walk the face of the earth. Another thing off my bucket list, thank you very much. 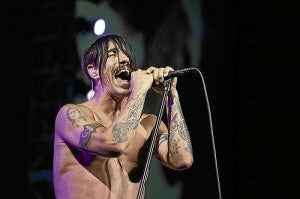 There were less than 10 of us invited to the press conference at the Four Seasons Hotel in Hong Kong last month. Hong Kong was the first stop of the band’s 2011-2012 World Tour.  The band was relaxed at the press con. They acted like real people, not diva international rock stars.

When it was our turn to meet them, lead vocalist Anthony Kiedis, bassist Flea, drummer Chad Smith, and new guitarist Josh Klinghoffer asked Rico if he was from the Philippines. When he said yes, the band was ecstatic because of two things—the news that a huge number of Filipinos were flying to Hong Kong to watch their concert, and Manny Pacquiao. The Red Hot Chili Peppers are apparently big fans of Pacquiao. They even asked Rico if he knows if Pacman would go to the concert. 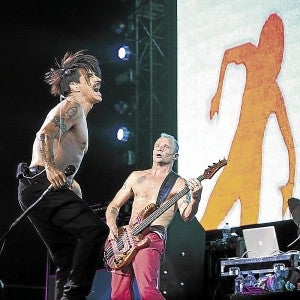 We talked to Josh, who has replaced John Fruciante, the band’s longest-lasting guitarist. John wanted to focus on his solo career. Josh was a bit shy, but he clearly exuded confidence. Josh had worked with John on his solo projects and had been a sideman for the band on their Stadium Arcadium tour. The band’s trust and confidence in Josh’s skills were contagious—

they got us excited to see him play with the band for the first time.

RHCP frontman Anthony Kiedis, who rarely speaks, started his opening spiel by greeting the Filipinos in the audience and dedicating the first song to us. “Can I hear a little something from the Filipinos?” The Pinoys in the crowd went wild and he continued, “God bless ’em, this one’s for you.” Then they performed their hit “Can’t Stop.” The Filipinos were the only ones singled out at the concert—and that to me made it extra special.