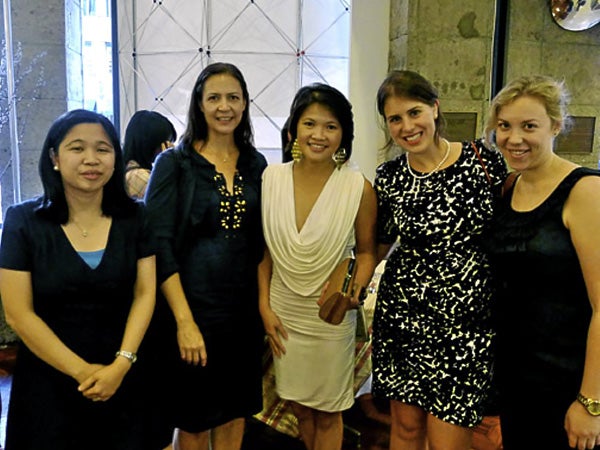 Fans of Filipino author Samantha Sotto can now breathe a sigh of relief. Her first novel, “Before Ever After” did away with the dreaded “Once upon a time” opening and still managed to survive the competition. In fact, it did so well it raced all the way to the bestseller list.

A Communication graduate of the Ateneo de Manila University, Sotto didn’t expect novel writing to be anywhere in the curriculum of her chosen course. But her love for reading (and books) is something she grew up with.

“I can’t remember a time when I wasn’t reading stories or being told some by my parents,” she recounts. “I’d say they nurtured my love for books and storytelling.”

Sotto’s father would often make up stories at bedtime, where she would be one of the characters. Her mother, on the other hand, would record stories so that the Sotto   would have something to listen to while she was at work.  She would later play a critical part in birthing her daughter’s book. “She’s sort of my editor,” says Sotto who reveals that she asked her mother to read her first draft.  “I would not have written this book if not for her.”

The success of Sotto’s book is phenomenal, considering that she wrote the novel while waiting in a coffee shop for her son’s classes to be over.  The full-time mom would drive her son to school at Katipunan from their Parañaque home and sit out the hours in a nearby cafe. “I decided I could save up on gas and toll fees if I just waited for him for three hours,” she volunteers.

The novel, which has been described by fellow authors as “a page-turner, romantic, exquisitely written, and inventively told,” also draws inspiration from Sotto’s travels to Europe and from books she has read in the past.

But during the one year and three months it took for her to write the book, the author says she consciously avoided reading any book lest she “inadvertently copy someone else’s style.”

Still, she’s a storyteller first and foremost, says Sotto. “I didn’t think about the technicalities of writing; I just wanted to tell a story. It was a matter of putting one word after another.”

That is, after hurdling her biggest challenge in writing:  trying to figure out how to start. “I stared at a blank page for a long time,” she says. “At one point, I thought of writing ‘Once upon a time.’”

Well, after all, “Before Ever After” is “a modern fairy tale about true love, happy endings, new beginnings and everything in between.”

A brief spoiler: “Three years after her husband Max’s death, Shelley feels no more adjusted to being a widow than she did that first terrible day. That is, until the doorbell rings. Standing on her front step is a young man who looks so much like Max – same smile, same eyes, same age, same adorable bump on his nose –he could be Max’s long-lost relation.”

“Next to my husband, Max is my ideal man,” kids Sotto. She admits that writing interesting characters wasn’t in her agenda, but writing believable ones is. “To make my characters feel authentic, I gave them flaws, strengths and quirks. As I got deeper into the story, they started feeling so real to me that I eavesdropped on their conversations and wrote down what they said.”

The book also travels to various places in Europe and includes recipes as well as a travelogue, as the author tried to recall her travels there with her family. At times she found help through Google maps.

“The book is a platypus – it crosses over genres,” Sotto explains. “It has elements of history, fantasy, mystery and humor. But at its core, it is a love story. I probably should have added a song and dance number while I was at it.”

Asked about her favorite part of the book, Sotto jokes, “You mean apart from typing ‘The End?’”

But seriously, she loves the chapter about Slovenia although it’s one of the darkest parts of the book, she says. “It was a challenge to write. I felt a huge sense of accomplishment when I finished it,” says Sotto.

It wasn’t until then that she thought of having it published though.  Published by Random House, the book was launched recently, with the author flying in from New York to help promote it.

“I feel like I’m in an episode of ‘The Twilight Zone,’” Sotto says during the book launch. “I’m overwhelmed and humbled by the support I’ve been receiving. But while I am grateful for it, I also feel that it adds a lot of pressure. I wrote the book for myself and my husband, and I pursued publishing it for our children. I thought that when the book came out, my job would be done. Now that people write to me and tell me how my story has inspired them, I feel that I need to work extra hard so I won’t let them down.”

Judging from the book’s sales, that shouldn’t be too difficult.