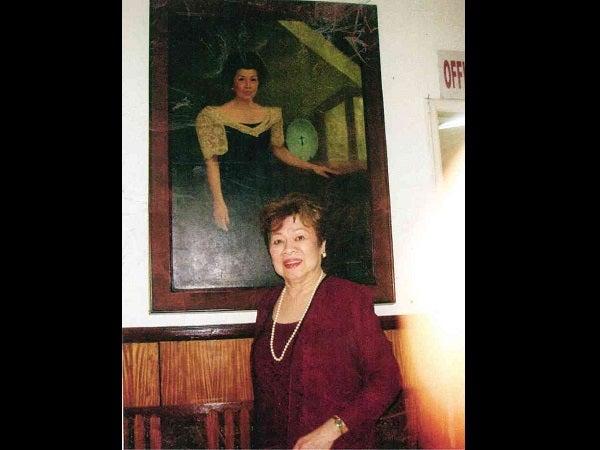 The Parish Church of San Vicente de Paul in San Marcelino, Ermita, Manila, marked the 100th anniversary of its dedication July 16. But the parishioners, with parish priest Fr. Bong Sarabia, CM, celebrated the Remembrance Mass only last July 28. It was presided by Very Rev. Fr. Venerando Agner, CM, the provincial visitor of the Vincentians.

The church was constructed in 1813 to commemorate the 50th anniversary of the arrival of the Congregation of the Mission and the Daughters of Charity on July 22,1862.

San Marcelino Church, as it is known, is the first church constructed fully with reinforced concrete in the Philippines. It has the features of Neo-Romanesque church architecture with semicircular arches, barrel vaults and dome, aside from the Latin cross formed by the nave and transept.

A crypt is located under the apse. This church looks majestic, seen from a distance.

It was here that prominent weddings were celebrated in the last century. World War II, however, caused extensive damage to the church. Japanese soldiers burned the woodwork of its interiors, including the intricately carved retablo behind the altar. American soldiers bombed the remaining structures in February 1945.

Immediately after the war, the priests Jesus Cavanna and Antonio Gomez began the reconstruction of the church. The retablo was replaced with the images of the three apparitions of our Lady of the Miraculous Medal.

For the 100th anniversary of the canonical erection of the parish on Dec. 6, 2009, the complete renovation of the church was undertaken by Fr. Rene Ruelos, CM.

The church was declared the center of devotion and propagation of the Miraculous Medal by Manila Archbishop Jeremiah Harty on April 16, 1914.

The Visita Domiciliaria, the daily transfer of the image of our Lady of the Miraculous Medal, inside an “urna,” or portable shrine, to different homes, was approved by Manila Archbishop Michael O’Doherty on Sept. 11, 1919.

On Aug. 16, 1957, the Miraculous Medal Apostolate was established in this church.

Celia Tibayan Austria is an Education graduate, Class ’60, of the Philippine Women’s University (PWU). When she was a member of the Philippine Bayanihan National Dance Company, her dance partner was Lito Atienza, who would later become Manila mayor and now member of Congress, as party-list representative of Buhay.

Celia’s book is about her experience in teaching traditional Filipino dance to Filipino-Americans, young and adults alike, in Seattle where she and her family had settled.

This passion for sharing her skills and knowledge of dance with the Filipino-Americans and with native Americans led to the creation of the Mabuhay Dancers in Bainbridge Island. The children of intermarriages have somehow lost their cultural identity and must be introduced to Filipino culture, said Celia.

Sharing her vision and passion was her late husband, Andy Austria, who for over 15 years devoted his life and resources to teaching Filipino-American children Filipino values and culture through the Filipino Ancestry International. He founded it in 1996.

The recognition and awards program for the Mariquita S. Castelo Centennial Leadership Award of the Soroptimist International of the Philippines Region (SIPR) will be held Aug. 30 at Dusit Thani Hotel.

The special project was launched on Aug. 30, 2012, a first in the 47 years of SIPR, to honor the centennial birth anniversary of Mariquita S. Castelo, whose pioneering spirit paved the way for the founding of the Soroptimist organization in the Philippines in 1966.

For the past year, each of the 79 Soroptimist clubs in the Philippines was encouraged to search for and nominate a member who best exemplifies the virtues and leadership qualities of Castelo.

The Salingoy Art Group of Naga, headed by Pancho Piano, is holding a fundraising exhibit, “Black Nazarene,” at the Avenue Plaza in Naga, Aug. 25 to Sept. 25. Beneficiary is the Black Nazarene Church  in Binanwaana in Calabanga, Camarines Sur.

Archbishop Socrates Villegas of Lingayen-Dagupan will celebrate the Mass at 2 p.m.

The speakers will address the issues in Philippine society today, such as the RH Law, contraception, divorce, premarital sex and teenage pregnancy.