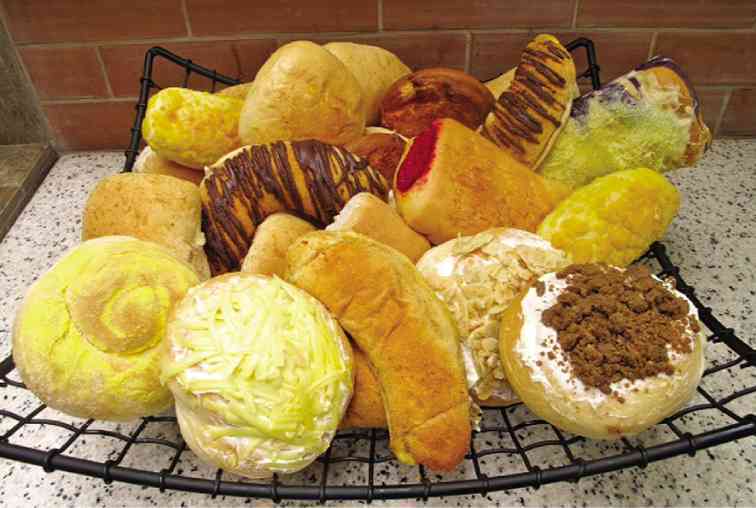 Why this ‘pan de sal’ stands out

Last year, while planning to meet up in Hong Kong, they realized that they all wanted to get into the food business. It was then that Angelo told Dwight and Jonathan of his interest in pan de sal.

Angelo recalls that while working in Globe, he met Rio de la Cruz, a coach in a running event of the telecom firm. When Angelo resigned from Globe, he joined Rio’s company.

Angelo noticed that, since marathon events are held early mornings, pan de sal was a favorite snack of runners.

“It was then that the idea hit me,” said Angelo, “I wanted a certain taste of pan de sal, yung maski walang palaman, masarap kainin.”

While handling marathon events, Angelo said he was able to taste different types of pan de sal from Luzon, Visayas and Mindanao. He also asked people where they bought their pan de sal; he also spoke to retired panaderos and bakery owners in the provinces to complete his research.

Angelo and his business partners chose the name Balai—a Visayan word for house—because it can also connote heritage. “Pan de sal is part of our heritage since it’s been around since the 16th century,” he said.

It was a bag of medium Balai Pan de Sal from Janet Ching that prompted me to look for the owners, who recreated this Pinoy breakfast staple into a version uniquely its own.

Balai Pan de Sal is on the sweet side, dense, but soft, with a nice bite and chew. It is so siksik in character and quality, reminiscent of homemade bread. It is definitely tasty and tastes good so that one doesn’t need a palaman, just as the owners wanted it.

Balai’s standard Spanish Bread is packed with dough; the chocolate variant has a nice bitter contrast to the rich, sweet Spanish bread filling.

The Kalihim Bread is among the most sinful that I’ve tried.

Angelo, Dwight and Jonathan operate their business on the belief that “when you combine quality ingredients and passion, people will really taste the difference and that there was no ‘shortcut’ in baking our breads.”

Angelo added that in striving to give their clients the best products, “we also encourage our customers to return their bread in case they’re not satisfied. They can expect a full refund or exchange the bread with another product.”