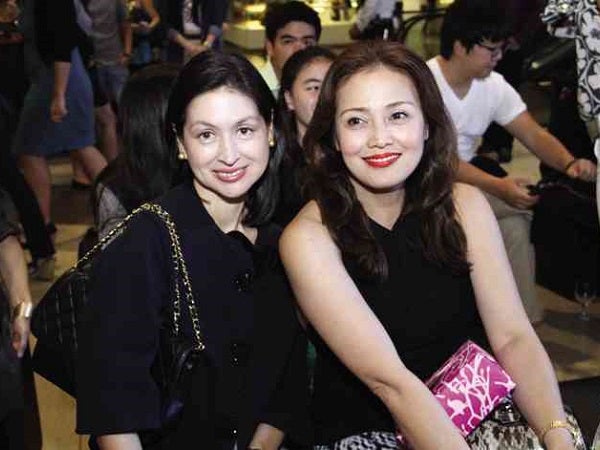 “It’s nice how this has become a rite of passage for these kids,” said Mary Anne Arculli, just as guests were about to take their seats and wait for the show to start.

She was talking about Glitterati, a fashion show featuring young Cebu personalities, which has become a hallmark event of The Northwing at SM City Cebu, in which her daughter Jasmin was modeling that evening.

This year’s show, dubbed “Glitterati: Generation Next,” was the third in the annual series and featured 20 young personalities, the biggest number the show has had so far.

And by young, we mean young, including this year’s youngest model, 12-year-old Jules Garcia whose dad Paolo, mom Michelle, and grandmother Rep. Gwen Garcia, were all there to cheer him on. His uncle, Mayor Duke Frasco, was there, too, along with his aunt Christina who was clearly proud of Jules, if her Instagram post was anything to go by.

“My handsome nephew, Jules, rocks the runway at #SMGlitterati 2013,” she wrote.

As this was a celebration of what is essentially the Instagram generation, it was fitting that many, like Christina, took to Instagram to show their love. Tricia Gullas documented her 14-year-old son JT’s first modeling gig from the fittings to the runway on Instagram, with Melissa Ugarte commenting: “He was a natural. So relaxed and cool.”

The same could be said for Melissa’s daughter Katalin, who was also part of the event, looking every inch an Old Hollywood movie star in side-swept waves and a red lip. She walked the runway in a ’50s-inspired look, as this year’s Glitterati was a retrospective fashion show that featured looks inspired by the nifty ’50s, swinging ’60s, free-spirited ’70s, punk ’80s and minimalist ’90s.

As well, there was a special section on timeless denim with pieces from SM Department Store brands. Proving why denim will never go out of style were Marc Schroeder and two cousins, Marc Fernan and Michael Granthom, who just happened to be in town on a family vacation from the US when they were asked to be part of the show.

Showcasing ’50s fashion along with Katalin was Julian Cobonpue, whom we realized must have gotten some of his dad Kenneth’s designer genes when, upon being given a varsity jacket to try on at the fittings and being told that he was in the ’50s segment, replied: “That explains the jacket.”

We don’t know many 15-year-olds who would know what ’50s fashion is supposed to look like.

Gabi Darza, who has an enviable 5’8” waifish frame, also modeled alongside Katalin and Julian. We told her dad Chris that a model agent had approached us about her, and before we could even finish our story, he was quick to protest, “No! No modeling. Not just yet!’”

Modeling the short shift dresses and winged eyeliner of the ’60s were Marielle Montenegro, Sheena Gillespie and Begoña Garcia, whose older sister Bea was part of last year’s show.

Glitterati has indeed become quite the family affair. This year, Illeana Osmeña literally followed in the footsteps of older sister Annette, who was part of the very first Glitterati, and so did Aliza Ugarte, whose big sister Ane walked down the runway last year.

This year’s Glitterati, though, was the first time that two siblings modeled for the same show, with Manu Montenegro dressed in a ’70s hipster outfit while his older brother, Alfonso, looked classic in minimalist ’90s linen shorts, loafers and a cable knit sweater.

Alfonso was joined on the runway by Aliza Ugarte in a similar sweater, leather shorts and black pumps, and Joey Villahermosa whose lithe form served as the perfect hanger for a white and navy maxi dress.

Together with Manu Montenegro, Jasmin Arculli and French-pastry-chef-in-the-making Max Leonardi were also chic in their ’70s-inspired outfits. Bringing back the ’80s, meanwhile, along with Illeana Osmeña, were young karting champion Tonyo Carcel and Anton Aldeguer, whose easy confidence on stage made his mom Camille wonder, “Where did he get that from?”

His dad Jay, who was in Macau for an ALA Boxing fight that evening, seemed just as pleasantly surprised, proudly posting a photo of Anton on Instagram a few days after the show, saying, “I didn’t know my boy could ramp!”

With the effortless, self-assured way these young personalities walked down the 40-ft runway that evening, no doubt many other parents were thinking the same thing.