The innocence of the uninformed | Inquirer Lifestyle ❮ ❯ 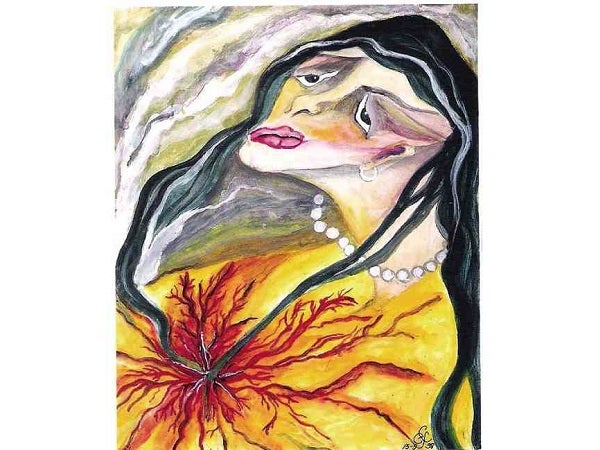 The innocence of the uninformed

My adolescent memory in Quiapo was of the boy living in the house across, falling in love with me and doing a really reckless thing. Totoy put some lanzones in a straw hat with a love letter and left it on our doormat. It was discovered by one of the servants and promptly presented to my mother.

She was not amused. She told me about the letter but wouldn’t show it to me. She acted as if it were my fault that I had been written to. She talked about how young girls eloped or were abducted by boyfriends and how badly they fared.

This was rather puzzling because I was 13 and knew absolutely zilch about sex. (We had no dogs and the male cat was neutered.) From then on, she said, I was not to encourage the boy by looking out our window. So, of course, I looked and puppy love bloomed.

Totoy was a short, dusky complexioned boy who wore shiny, bright blue shirts with matching pants, so mama criticized his dark color and his outfit (which was pretty good for the Japanese time). Thenceforward he would tell his younger brother Noni to climb up our acacia tree and sing all the brokenhearted Tagalog songs that his kuya couldn’t sing to me. I never found out how Totoy’s voice sounded because we never once conversed.

I guess that was my first love.

What never ceased to shock me was how fiercely my mother then and afterwards guarded me from falling in love. She made me feel guilty, like I were some lascivious child who would run off with the first stranger I met. I wasn’t even a flirt.

Was it a projection of some secret desire or frustration on an adult’s part? Much later, when her nephews began eloping with girls whom they had no intention of marrying and brought them, weeping, to my mother, I realized why. Mama was the family counselor. She always solved the problem for the naughty boys by personally returning the deflowered maiden to her folks.

But what had it to do with 13-year-old me? So much for her confidence in my upbringing!

In my adulthood I found out that it was a 1930s thing. They were victims of the period. What an unhealthy generation! I thought. But now that sleeping around is the norm, I wonder which was unhealthier?

After liberation, I went to a co-educational school in Malabon. St. James Academy was the kind of town school that mixed social classes together. It was a small school run by American Maryknoll nuns, democratic and broad-minded. They were a pretty happy lot who wanted us to be likewise.

The sisters were observant and took delight in pairing us with the PMT boys we secretly liked. We were assigned their cadet sponsors—RJ and ZG, AC and ES, BJ and AC, SS and GC. Of course, I liked the lieutenant who became my partner. He was slit-eyed and curly-haired and was the lead singer in the school operetta. He had no physics book, so every day he borrowed mine and returned it with a love note tucked in its Manila paper cover. I answered each one of them.

Soon, however, our war-damaged house in Malate was finished and we returned to Manila. It was St. Theresa’s again for college! What about UP? I asked my dad hopefully. My mother looked horrified—there were boys there! (Wasn’t it at UP that girls lost their virginity as well as their immortal soul?)

Matters grew worse between my mother and me. Bad time in school and bad time at home. I remember never feeling quite well. I had a perpetual headache, was allergic to everything and couldn’t breathe at night.

The disagreements centered on my social life. All my classmates could go to parties either with their friends or brought by their own cars and fetched later. My mama insisted on going with me in the car to case the joint before letting me down. She would come back to fetch me, waiting in the car with a lighted katol. Why couldn’t she just let me be!

One Halloween, in a costume party of a family friend’s daughter, I met a slim, tanned, handsome basketball player. I was 16 dressed as Juliet. He went straight to me and asked for a dance, ignoring all the other girls. He was my Romeo and we fell in love on sight.

When I turned 18, my parents gave a debut party for me at El Nido—a charming, vine-covered house and garden on then Dewey Boulevard. It was once the love nest of a well-known American lawyer and his wife. The marriage had broken up and the romantic place was being rented out for debuts and small parties.

On a stone bench, under a weeping willow, while my mother was fussing over the punch, I had my first kiss.

Thereafter I would plead to my mother to allow me to go to parties where my Romeo was sure to be. The answer was always no. She made it so difficult for him to visit me with her minions always lurking about.

Why were people I liked obliged to climb seven mountains just to see me, as if I were some princess?

I lost people I loved. One day my friends, Nit and Lydia, told me that my Romeo had a girlfriend! Soon enough he married her. My heart was broken for months.

I blamed my mother for my miserable existence. Actually my father must have been part of those negative decisions. He was the power behind the throne. My mother was just the patsy who carried out the order and made such a mess of it.

Whenever I asked permission to go to a party two weeks in advance, mama would say no. I would turn sullen, mope and cry my eyes out. The only one who couldn’t go! Stupid me, I never gave up hope.

On the expected day, feeling very guilty for her unreasonableness, my mother would say, maybe you can go. But that was the day itself! My hair had not been set, I had nothing to wear and I looked horrible, my eyes swollen from crying so much. It was cruel because it was so senseless.

The differences between my mother and me peaked. I learned how to answer back. Stingingly! We’d have shouting matches. She would point a finger at me and say I was “disrespectful.” And because I was “disrespectful,” I lost every case. In a fury, she’d pick up anything, usually her slipper, and beat the living daylights out of me.

My mother made me feel that I was the worst person that ever got seeded on this earth. (Maybe I thought the same about her). After a while, no matter how hard she beat me, I didn’t feel anything. After our worst quarrel, I talked seriously with my father about boarding somewhere instead of living at home.

One of his only two children? Of course the answer was no. He was going to talk to my mother. She became nice for a while. The solution they hit upon was a repeat of an old analysis: I needed a companion of my age in the house.

Instead of a baby sister, they had always chosen some shy cry-baby cousin on mama’s side whom I couldn’t stand. It never worked. Now here it was again. Another spy in the house!

But who could say mama was bad? Or that I was bad? We were just a mother and daughter having a difficult time, like so many mothers and eldest daughters all over the world. It was as if the God upstairs had given me a mother with so many gifts and talents to inherit and said, “But you’re not about to get them for free! You’re going to have to hurdle every hardship laid before you. You’re going to stub your toe bloody on every rock on your path.”

It was hard. I felt she had robbed me of my teenage years. Only after decades did I realize that it was not the talents, but the lessons I indelibly learned, that were God’s real gifts.