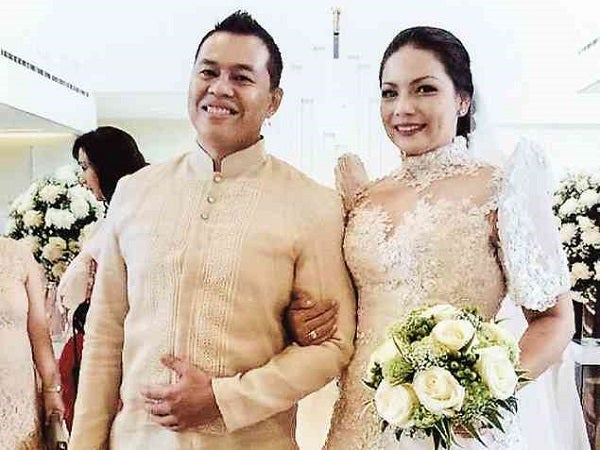 ‘Pakong-pakong’ to the most elegant Cebu wedding of the season

Dominic Atillo and Maria Lyza Neumann were married in what was one of the most elegant weddings of the season, held at the Chapel of San Pedro Calungsod in the Cebu City South Road Properties.

Lovely Lyza is the daughter of Karl-Heinz and Nancita Neumann. She met Dominic (“Nico”) when he went to dine at the Kaiserhof restaurant of which she is the proprietor. Nico was smitten and the romance bloomed amid authentic German cuisine.

Nico is the son of Florentino “Boboy” Atillo III and Irma Lim Atillo, very prominent in Cebu where they have business concerns and a beautiful mansion at the San Fermin Place in Mactan. They also spend extended stays in Temecula, California.

The afternoon nuptials were officiated by a dear friend of the family, Cebu Archbishop Emeritus Ricardo Cardinal Vidal and Msgr. Vicente Tupas Jr., rector of the chapel. During the ceremonies, beautiful hymns were sung by the University of Cebu choral group.

Close friends of the family were asked to be the principal sponsors such as Winglip Chang with Teresin Mendezona, Earl Kokseng with Teresita Cabatingan Zosa, Jesus and Adelaida Lamadrid, Enrique and Susan Farrarons, Segundino Selma Jr. and Deena Perez Pages.

Harry and Regina (nee Neumann, and the bride’s aunt) Klaus were in the offertory procession. Nico’s grandmother, Narcisa Vda. de Atillo, sat in a place of honor.

The little attendants were flower girls Julienne Lamadrid and Andrea Millan; and the pages—Fernando Neumann, Ryan and Benjie Gacula with the rings, coins and bible, respectively.

Attending Lyza and Nico during the rites as secondary sponsors were Rex Millan and Monette Gonzalez for the candles; Anthony and Xacah Chang, veil; Marg Carangue and Jessa Anne Preglo, cord.

In a caravan of cars, guests motored to the celebration of so happy an occasion at the Mactan Shangri-La. It was a cool twilight for champagne and colorful cocktails, as well as canapés at the lobby lounge.

The newlyweds moved about, greeting all the guests, as did their respective parents. Among them were Marilou and Ramon Magsaysay Jr., Ambassador Carmen Rodriguez Salas, and former Rep. Tomas Osmeña with wife Margot and son Miguel, whose wedding to Bea Villegas has been set for December.

On cue, everyone proceeded down the winding stairway to the glass-enclosed Mactan ballroom for dinner. Long tables were draped with fine linen, and sparkling with small crystal vases overflowing with lilies and roses.

This was all to the credit of Teresin Mendezona who, with a task force from Pink Flora, had also done the décor at the church. She had also devised how the dinner buffet was served in an adjoining hall, and for this the Shangri-La surpassed itself.

There were stations with very much space in between so that one just strolled from one service area to another. Choices were aplenty, as in fresh seafood, roast beef, Cebu lechon, salt crusted fish, cheeses galore, salads with every imaginable condiment, pasta any which way, and an array of desserts, including two fountains of chocolate, dark or white.

Boboy and Irma were all praises. She looked lovely in lavender, and he quite dashing in his well-tailored tux. Boboy had personally chosen the excellent wines served. He went about from table to table, suggesting “Pakong-Pakong.” That’s a Cebuano way of proposing a toast by clinking glasses. It could have gone on all night.

For those who wanted to know, Philip Tampus had designed Lyza’s gown with butterfly sleeves, as well as the elaborate Barong Filipino worn by Nico. Marissa Unchuan did the wedding cake.

Giveaways were chocolates confected by Lyza herself, at Kaiserhof.