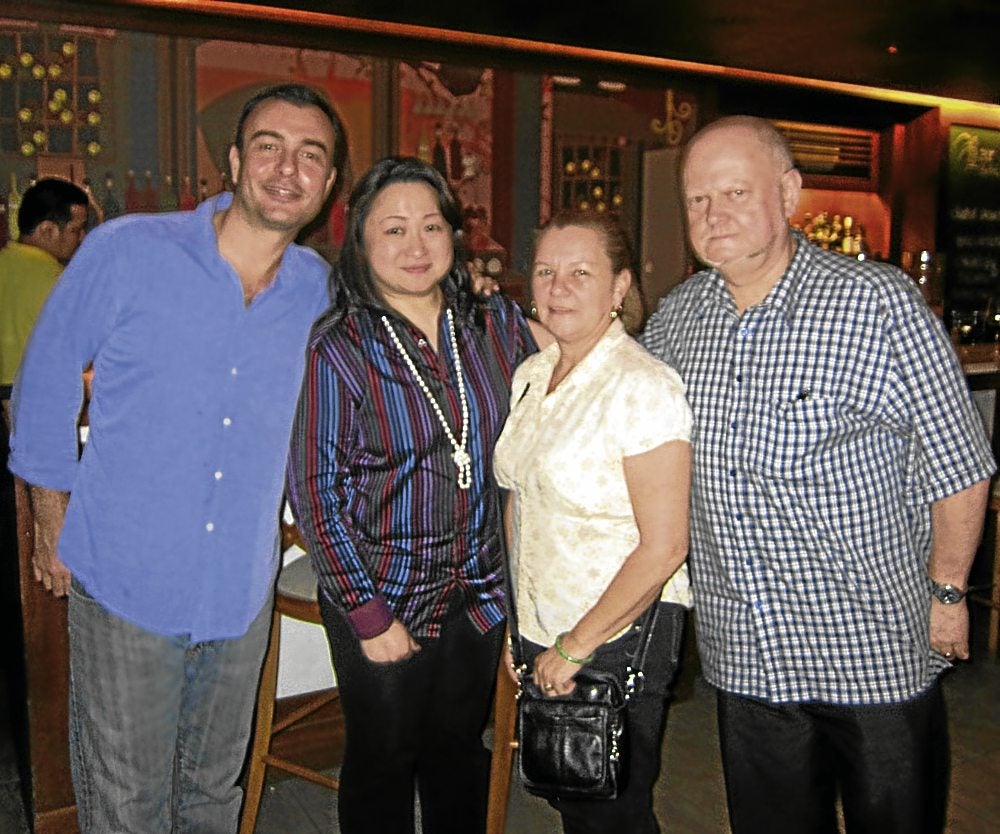 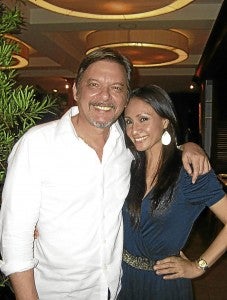 Former international hotelier and the first Filipino GM of an international hotel chain, Bubot Quicho (or “Q” as friends call him), together with his buddies and business partners; the main man and now head honcho of Air Asia, Tonyboy Cojuangco; and former Cabinet secretary of tourism, trade and industry and executive secretary, brilliant Peter Garrucho, brought in Alain Raye, a Michelin-star chef, to open La Regalade Manila three years ago. It was then time to reinvent the then super successful French Bistro, dahlings.

After months of negotiations, Q convinced the incredibly creative and talented Luis de Terry, formerly of Lu’s in Rockwell and Terry’s Selection, to join La Regalade Manila as its head consultant for culinary research and development. Luis joined the team last May after Luis headed the one-month incredibly successful Moroccan Festival culinary team at La Regalade.

Luis started tweaking some original recipes, added new ones of his own, and the result is simply an unforgettable gastronomic journey. I had the luxury of hosting dinner at La Regalade for my close pals, where Luis served his version of a tasting menu and everyone was just mesmerized by Luis’ extraordinary talents, dahlings.

In the table behind us were Philippine Airlines international chef Ian McKenzie with his wife Helen, with PAL’s Baby Ruth Chuaunsu, among others. 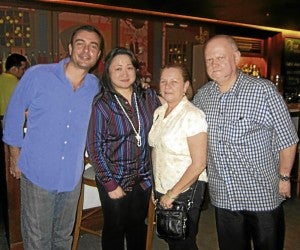 It started with escargot a la Bourgignon, perfectly cooked with compound butter, shallots, garlic, parsley, chili flakes, salt and pepper and served with a piece of sour bread, followed by mussels Portuguese, sautéed with white wine, white onion, chorizo Pamplona, olive oil and fresh coriander. OMG, the sauce was awesome for dipping the delicious bread on the side.

This was followed by Caesar salad with anchovy, lemon olive oil, mustard, Parmesan garlic, balsamic vinegar, white wine, prosciutto and salami.  Beats all the Caesar salads I have tried everywhere!

The Sole Meuniere was sole with a refreshing sauce done in cider vinegar, orange juice and rinds, lemon juice and tarragon. Seafood lovers should not miss this one, with flavors and spices mixed to a tee! Then came the bistro steak, a 240-g USDA sterling steak with wilted arugula, which is fast becoming La Regalade’s bestseller, according to Luis, and the duck confit, nothing like it ever this side of France, dahlings.  This was the piece de resistance for the evening, and a gold-medal winner, we all agreed.

Utterly sinful. But who cares, palanggas!

Conclusion: If you haven’t been there yet and checked out this new menu by that miracle chef Luis de Terry, rush, don’t walk—you’ll definitely be back at La Regalade more than twice. And that’s for sure, dahlings.

A world of flavors

If there is anything I totally enjoy, it’s trying out different dishes from many parts of the globe, and it had to be that icon of supermarkets, Rustan’s, natch, to bring to us Wonders of the World Food Festival at New World Hotel in Makati City, palanggas. 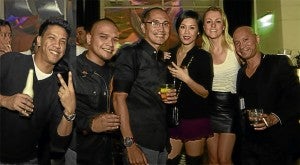 In his welcoming remarks, young wonder-boy RSCI president Donnie Tantoco expressed “my excitement for this campaign, which underlines our commitment to offer customers premium food products from around the world. Through this, we wish to share with our customers the passion that we have for high quality and authentic food, including international specialties, which begins with a trip to Rustan’s.” Well said, palangga.

The fun part was when the ambassadors of the featured countries shared interesting facts about their colorful and extraordinary, awesome cuisines, dahlings, while we gobbled down heavy cocktails from the  four internationally renowned food capitals, while being entertained by the all-female classic/crossover group Opera Belles and the clapping and floor-stomping of Clara Ramona Flamenco Dancers.

Fun it definitely was, and gastronomic delights, there were tons of. Now, isn’t that soo Rustan’s, palanggas, di bala?

The super-popular Opus Lounge at Resorts World had another of its firsts when it launched the Signature series, where the usual faces belonging to the fast-lane pack were in full attendance, as always, dahlings. The star attraction was good-looking Brazilian superstar DJ Meme on the decks, naturellement, dishing out his massive set, including his remix of Adele’s “Rolling in the Deep” and his greatest hit of all “Chandon Du Soleil” (as in, “The Sun is Coming Out”). Being born with Brazilian blood, DJ Meme had the crowd ecstatic with screams and endless dancing until sunrise. Would you believe Opus also had their own chosen VIP invitees, who enjoyed bottles of Hennessy VSOP, natch? Just for them, palanggas.