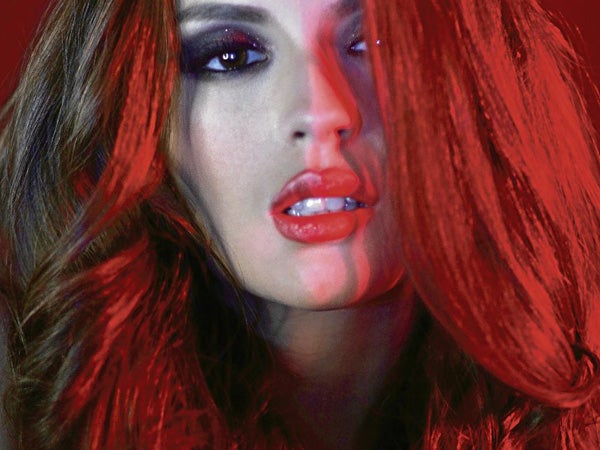 Last year was an important year for Jing Monis Salon by Propaganda (formerly Propaganda Salon). Monis presented a striking billboard, showcasing “it” girls Anne Curtis, Solenn Heusaff, Georgina Wilson, Bea Soriano and Liz Uy. It sent a message loud and clear; this is how you should wear your hair—beautifully long and lustrously wavy.

For this year, Jing Monis is breaking boundaries and telling hair stories through 40-second fashion and beauty films. They will be launched simultaneously with his new salon at The Bellevue Manila and his website (thejingmonissalon.com) on Sept. 12.

The fashion and beauty films have garnered much attention especially since a 40-second trailer was shown virally on the stroke of midnight last Aug. 23. Monis hasn’t stopped receiving

positive feedback ever since. According to Monis, people have been confirming their attendance to the grand salon launch, excited to see the intriguing films.

“Every hair has a story, I’m here to tell a story,” Monis explained why he chose the short films as a marketing and advertising tool. His journey to London for a Vidal Sassoon Master Class training led to some light musing on the idea of short films.

“I’m a very observant person. I look around and everything gets stuck in my head,” he said. “Fashion in Paris, New York and London is very cinematic. If you watch people, especially in London, they walk with a different attitude. They have different characters. I told myself, this would be really nice for a film.”

Monis and his good friend, seasoned fashion photographer Paolo Pineda, collaborated on the films. They were working on a magazine shoot last summer when the idea came.

“Paolo has already been directing fashion films for several people, like designers and magazines,” Monis said. “He showed me what he did. I said, ‘Wow!’ and asked him if he can do something for me because no one has done films in my field and I’ve always been wanting to do that.”

Pineda is part of the creative group, Midnight Bonkers, composed of Ejay Leung and Dondi Narciso. They work together in between their day jobs and busy schedule—Pineda is a

professional photographer and director, Leung a practicing dentist and photographer, and Narciso, a licensed physical therapist who owns a fitness gym and a sports medical clinic.

Midnight Bonkers has gathered enough steam to create fashion buzz by word of mouth. It has pioneered the making of editorialized fashion films, all with grand launches.

They connected artistically and gelled well as a group.

“Whatever is one’s idea, will be another’s idea,” said Leung of the creative process. “Instead of putting one down, we bring up the other one.”

They sound like they’ve been together for years—finishing each other’s sentences and ideas—but they’ve been formed only recently in 2009, during Pineda’s “Spotlight” exhibit. What sealed the group was their obsession to create fashion films.

“From behind-the-scenes, we have upgraded to produce real fashion films, with editorial quality,” said Leung.

“These are full-production fashion films,” said Narciso. “Where you get a fashion designer, production designer, stylist… From behind-the-scenes coverage, it became full blown [short films].”

Today people live for fashion and Midnight Bonkers wishes to capture that. “We want the art of fashion, simply for fashion,” said Pineda.

“People breathe and live fashion. With fashion films, there’s another avenue to capture style. I call it moving photography,” he said.

“We want to put movement in the photos and a lot of professional photographers have succeeded in doing that,” Narciso added. “Fashion films put more light into it because you can actually see how the subject moves and the clothes, too.”

They consider their collaboration with Jing Monis Salon another milestone for Midnight Bonkers.

“There will be a lot of layered image, double exposure and slow movements,” Narciso said.

Monis wanted to depict beauty in a different way. “I don’t want it just to be about hair and makeup. I wanted to show some skin. I wanted it shot in different angles so people can see it isn’t just any traditional beauty shoot,” said Monis.

“For instance, Pam Q is a fashion stylist. What can you do to her? She gave me a different treatment and it’s something people haven’t seen of her. She is just so hot in the film.

In contrast, Monis continued, “Mylene Dizon has two kids, but when you see the film, you wouldn’t think she has kids because she is so sexy, she has abs!”

“Tweetie’s story is different,” Monis said. ” It’s about Filipina beauty. You’ll see a lot of hair movements. You see the flowing hair but not like any other typical shampoo commercial. I wanted everyone to see natural hair is free flowing.”

“I want to educate the market and brands. Hair can go to different direction and it can still be beautiful,” Monis added.

Monis said cutting hair and receiving 15 clients daily have impressed upon him that persons have different hair stories. That’s the basis of the movies he is launching. “I have a story to tell about the hair, too,” he added.