Beyond life, is there anything else I’d need? | Inquirer Lifestyle 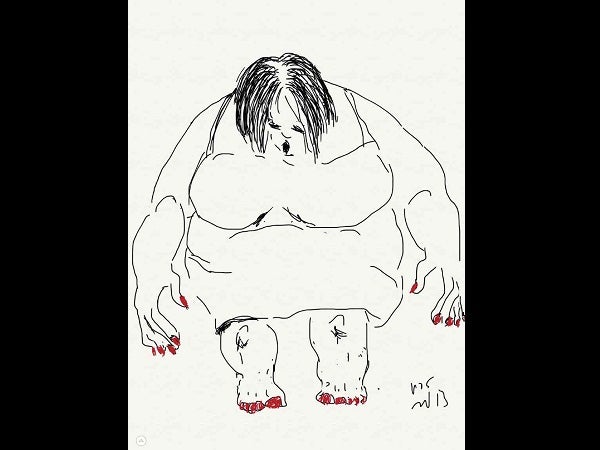 Beyond life, is there anything else I’d need?

On mom’s seventh death anniversary, Sept. 19, I texted family and friends for prayers. I myself, a Roman Catholic by baptism if little more, offered a Mass at the Santuario de San Antonio.

Also, against her express preference for the unfading artificial variety, I brought natural flowers to lay at the niche she shares with dad, who himself preferred them that way—fresh.

As it turned out, no one needed reminding, which gave me special consolation: Mom is being cared for beyond life in accordance with religious practices as varied as those subscribed to by her survivors. That to me is truly Catholic.

“I just served her her favorite breakfast,” Susan texted back. Susan and her husband, Danny, my younger and only sibling (well, my only full sibling, but that’s another story), practice a Japanese-based religion that offers spiritual and physical healing by unseen light passed through the hands.

At any rate, their relevant practice on this occasion is ancestor care, which they do by, among other ways, offering food and other earthly attachments (even cigarettes for those who smoked in life) at a miniature altar made for their forbears—all this to help ease their journey to the highest levels of heaven.

And it’s a practice that gives me some peace of mind especially for dad. You see, a brother-in-law of dad’s by his second wife removed his feeding tube, with her consent, in effect starving him to death. It was all well meant, I suppose. Dad had been long bed-bound after a series of strokes. He was 91.

My husband and I in our case meditate and say a mantra in Sanskrit, practices believed to have self-transformative and -redeeming power. Not only for mom’s anniversary, but every moment she comes to mind, we repeat the mantra for her—not unlike saying the rosary. By doing so, we also recognize everyone’s divine source and erase our karma as well as that of our departed.

For herself, mom does get a lot of help from my generation. A very prayerful daughter of one of her closest friends offers daily Mass for both our moms. Another offers a special sacrifice—giving up sweets for mom for a period; she does it, in fact, along with other similar self-indulgences, in a more general case of abstention during Lent.

Another prays the rosary, and still another does a special novena. If I included the cards heaped at her wake offering daily Masses in perpetuity, I’d say she was covered by a comprehensive spiritual insurance.

I had meant to change the fresh flowers at mom’s niche sooner, but circumstances didn’t allow it—until dad’s own 95th birthday, a week later, Sept. 28. Succumbing this time to mom’s practical sense, I replaced them with three pink gerberas and three fern leaves, all silk.

As I was discarding the once fragrant lilies and washing the brass vase, I began to rethink my own plan of going into a similar niche after cremation. I realized it would entail regular care.

Remembering the occasions alone, not to mention keeping up with the neighboring niches, especially the Prietos’ impeccably kept ones, is an effort that does not get easier with age.

I rotate the flowers, even the silk ones, in keeping with the seasons—Christmas, Valentine’s, Easter, birthdays and other anniversaries. It’s not a lot of work, really, but I wonder who will do it when I’m gone.

So, for myself, I thought of a one-time final act of service: Throw my ashes on some garden or park (our little Arroceros forest came easily to mind) to fertilize the earth or in the ocean. My dramatic idea was promptly shot down by my dear contrarian friend Gilda. In one of our morbid but tongue-in-cheek chats about life and afterlife, she who speaks from an imposing perch deserved by sheer age, waxed scientific and claimed that ashes from cremation have no nutrients to offer the soil.

“Pfft,” she blew away my residue with finality.

Still, it would liberate my survivors from one more chore. Besides, for all I know, after prayers, mom could care less about anything anymore, least of all flowers, fresh or silk, from wherever she is. I myself may have had a glimpse of that precise condition.

I wasn’t 50 when I had the sort of out-of-body experience I had read and heard about, a quick dip into an altogether strange state that could well be the prelude to afterlife. I had just come home from the hospital after an emergency procedure preceded by a prolonged bleeding episode when quite suddenly I passed out. As my body fell backwards, an equal force seemed to resist the fall, pulling me forward and up, resulting in a feeling-less separation from my physical body. I saw the body from which I had been pulled out, its eyes closed.

My consciousness regained, I seemed somehow to recall myself in the experience as completely free of any emotions, no concern, not even curiosity. I had been a detached witness to everything, like a mirror simply taking in everything in front of it. I had not identified with my own body or recognized anybody else on the scene until after conscious memory returned, and when it did I also had no idea from where I had observed, although I did remember feeling free and weightless, taking everything as it was with, again, emotionless acceptance. I had no vision of any such tunnel as figured in stories about other visits to the presumed other side.

Too soon I felt myself lying down gently back in my body and being borne upstairs to my bedroom, and back to reality. I was returned to the hospital with my blood pressure down to near zero and was given an emergency blood transfusion.

It was only in 1991, three years later, that I began to make some sense of the experience. Joining a community steeped in Eastern spiritual teachings and practices, I came close to it in meditation, an experiential affirmation of the witness state, in which one can see oneself in situations without any emotions getting in the way, fear in particular—precisely, it makes for fearless decision-making.

A spiritual teacher of mine in fact diagnoses fear of death as actually fear of living, and my own out-of-body experience in some way unmasked some of the mystery surrounding the issue. Indeed, to be honest with myself, fear of death seems a mere exaggerated fear of the perceived pain that accompanies it.

In fact, in such temporary separation from body as in my case, one triggered by a sudden physical crisis, there is absolutely no pain. Prisoners of war have themselves attested that under severe torture the experience is triggered, and so have patients under surgery or in a coma.

What I see in the phenomenon is God’s infinite mercy and love, and, so I wonder if there’s really anything I’ll need when I leave my body for good. I bet it wouldn’t matter a whit if you didn’t bring me flowers anymore.