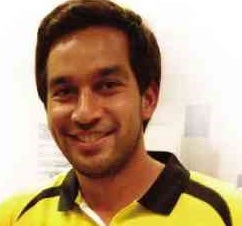 Why Treat Conrad Huey is cool

Treat Conrad Huey doesn’t mind that he is often mistaken for a member of the famous Philippine football squad. This top Filipino tennis star simply shrugs it off—as he does many things.

When he missed making the semifinal in the recent US Open, he says he simply spent the couple of evenings checking out the rich, fabulous New York City night scene.

“The quarterfinal wasn’t a great match,” recalled Huey, speaking after the draw ceremony of the recent Davis Cup tie in the upscale Plantation Bay Resort and Spa.

Just the same, Huey became only the second Filipino to have reached that far in a tennis major.

“It was a bit windy, they (high-ranked opponents Ivan Dodig of Croatia and Marcelo Melo of Brazil) played well, we had few chances early but didn’t get it. It was one of those days when we didn’t bring our A game,” he said.

Clearly, he doesn’t have a hard time letting things slide, which is something the 28-year-old swears he has learned through the years.

“As a kid (learning tennis) I was definitely throwing my racket, getting angry more on the court. But I learned over the years that I need to be smarter. I play much better when I am calm and relaxed, so that’s something I try to do,” he said.

Huey is the only child of an American government official and a Filipino consultant in the United Nations. He was raised in Washington, D.C., and earned a degree in foreign affairs at the University of Virginia, where he played as a Viking.

In school, Huey says he encountered the “usual stuff” like bullying, but wasn’t really affected by it because he was big.

“No, not too much (bullying); it’s sometimes good to fight back. For me it’s easier because I was really big, so that helped me. When I was a kid I was pretty big, pretty fat.”

Yes, this world-class athlete—No. 24 in the world at present—used to be fat. “But I was also pretty tall, and a lot bigger than everybody,” he said.

While he isn’t afraid to discuss weight, Huey is even more game discussing his love life—or the lack of it.

“Right now I don’t have a girlfriend. Hopefully, if I meet the right girl I’ll be good. There are so many beautiful Filipino women out there. Or, who knows, Ana Ivanovic or somebody like that—yeah you never know.”

Though he picked up the game and became very good at it early in life, Huey decided to turn tennis pro after college, and just as soon suited up for the Philippine team.

Last year, he played 28 weeks all in doubles and won Top 500 ATP titles twice. With 14 weeks still left in the season, Huey and longtime partner Dominic Inglot of Britain have already logged in 25 tourneys.

“All the guys in the top 10 or top 20 are like 35 or 40 years old; Inglot and I are both 28. We are still learning what is good and what is not, following the best players in the world and seeing what they do. Hopefully we’ll get there someday,” he said.

Life on the road means time away from family and friends, but Huey said he is “techie” enough to stay connected.

“I feel like everybody has a phone these days, playing games and stuff like that. I’m always with my iPhone when I’m not playing a lot of games, or on my iPad.”

There are no tennis games apps on his iPad, though.

Outside tennis, Huey loves to play basketball, which serves as his cross-training exercise. When Davis Cup ties are held at the Philippine Columbian Association, he goes out of his way to play pick-up games in the club parking area.

The one thing that would always remind him of home, said Huey, is that distinct, garlicky smell of fried longganisa in the morning.

“When I am in the Philippines, I make sure I have longganisa for breakfast.” And if he can’t find one, expect Huey to just shrug it off.