The Supremo on the march | Lifestyle.INQ ❮ ❯ 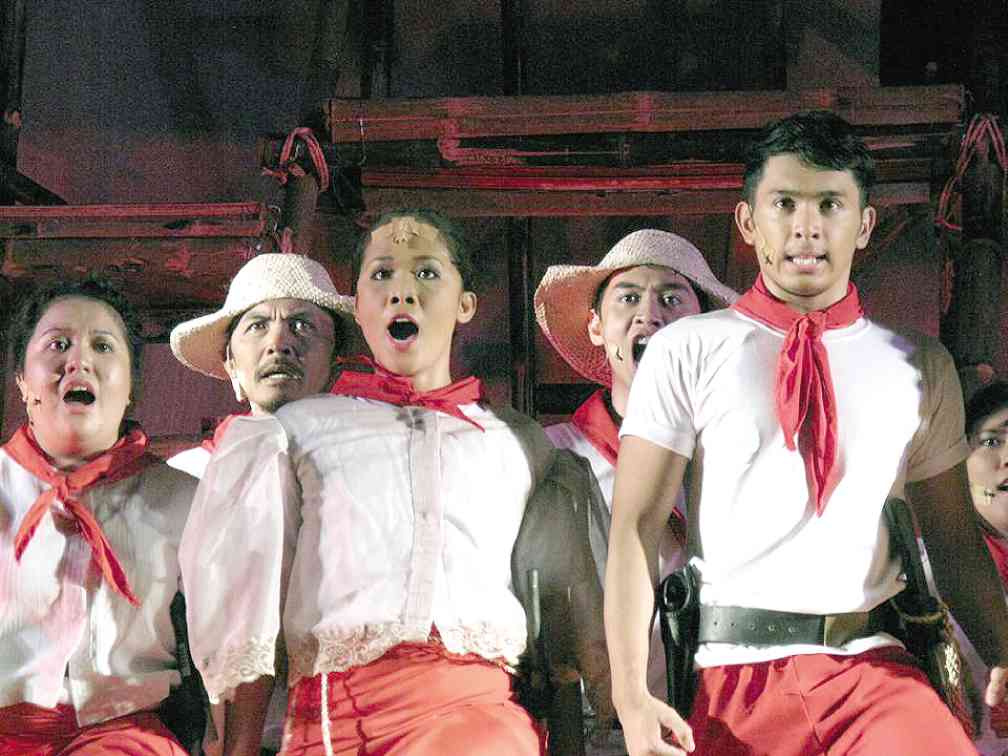 The Supremo on the march

Andres Bonifacio is popularly called “The Father of the Philippine Revolution.” He was a founding member and, later, Supremo (“supreme leader”) of the Kataas-taasan, Kagalang-galangang Katipunan ng mga Anak ng Bayan (Highest and Most Respected Society of the Country’s Children), a secret revolutionary society that fought for independence from Spanish colonial rule.

His colorful life has inspired several works in the performing arts—fitting, in a way, because Bonifacio was a part-time actor who performed in moro-moro productions. He joined Samahang Dramatista ng Tundo and founded El Teatro Porvenir or Teatro Circo de Porvenir (depending on different sources).

To commemorate Bonifacio’s birth sesquicentennial (Nov. 30), several theater groups are staging productions about him. Three will be staged in November this year and one in 2014.

“We want to make it relevant [for current audiences] in terms of music and movement. This is all sung through and fast. We’ll also show the role of women in the struggle, the internal conflicts that weakened the Katipunan,” says Lamangan.

The production has music by RJ Jimenez and lyrics by Ilagan and Jeffrey Camañag. It stars Sandino Martin as Bonifacio, with Anna Fegi and Rita de Guzman alternating as Bonifacio’s wife Gregoria “Oryang” de Jesus.

“It is a re-imagining of the history of the Katipunan through an amalgamation of myth and literature, history and religion,” says DUP artistic director Alex Cortez, who is directing the production. “The play highlights Bonifacio as artist.”

Tanghalang Pilipino stages a modern Filipino opera in Filipino, “San Andres B,” with music by Chino Toledo and libretto by National Artist for Literature Virgilio Almario.

To be directed by Floy Quintos, the production will feature tenor Dondi Ong as Bonifacio and soprano Margarita Rocco as De Jesus. Ong alternated in the role of Ubaldo Piangi in last year’s Manila run of a touring production of Andrew Lloyd Webber’s “The Phantom of the Opera.”

“San Andres B” runs Nov. 29 to Dec. 8 at Tanghalang Aurelio Tolentino, Cultural Center of the Philippines.

University of the Philippines-Los Baños

In 2014, Joey Ting will direct Layeta Bucoy’s “Bonifacio Freak Show,” a black comedy about a group who wants to join the Katipunan but have a problem: the blood pact initiation is done at night—when this group turns into different halimaw such as manananggal, tiyanak, duwende and tikbalang.

The production will be staged by UPLB’s Office of the Initiatives for Culture and Arts for the Southern Tagalog Arts Festival 2014 and 2014’s National Arts Month in February. Music by Angel Dayao, set and costume design by Louie Navarro, and video design by Rudyard Pesimo.