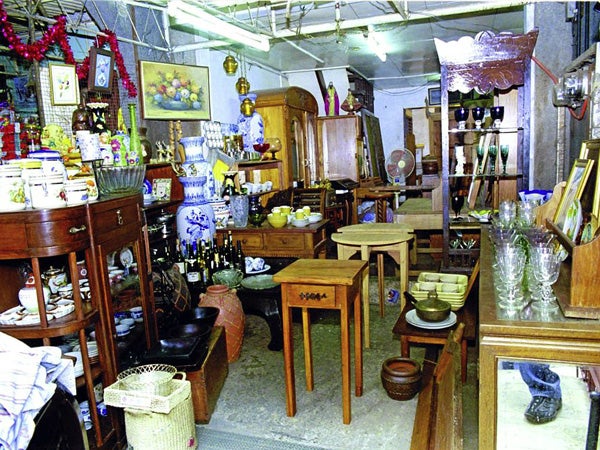 ALDRIN Comla and his wife, Rachelle Santos-Comla, were not really in the market for a new LCD television late last year, but an appliance store’s Christmas holiday offer of two new LCD TV sets for around P18,000 each was just too good to resist.

Unfortunately, just four months after they bought their LCD TV in October 2010, it was no longer functioning. At first, the display merely fluctuated. Eventually, all they could watch on the set was a blank screen.

Rachelle immediately called the attention of the store where she bought the TV which, in turn, got in touch with the manufacturer to see what was wrong with the appliance.

The verdict after checking out the set for a month? The TV could not be replaced and the warranty was void because the LCD panel “was damaged by an external force that was excessively applied on it. This may not damage the surface or external portion of the LCD panel but was strong enough to cause damage to the internal component of the panel.”

Comla went ballistic upon receiving the March 31 e-mail from the manufacturer’s technical support section. In her e-mailed reply, she asked: How could the company reach that conclusion when the TV set did not bear a single scratch or crack? What could possibly have damaged the inside of the panel without causing a scratch on the television surface?

It has been months since the appliance manufacturer pulled out her television set last February 26 for a supposed evaluation, Comla said. She is still waiting for answers and for her set.

Aldrin and Rachelle’s experience, sad to say, is far from unique.

Every day, there are thousands of consumers who feel that they have been shortchanged or have not gotten what they paid good money for. Most of them may not be aware of it, but consumers have rights and can seek redress under the 1992 Consumer Act of the Philippines.

The Consumer Act specifies eight basic consumer rights, the sixth being the right to redress, or the right to be compensated for misrepresentation, shoddy goods or unsatisfactory services.

Under the Consumer Act, consumer products must meet government standards. The sale of defective goods is prohibited. Under the law, distributors or sellers of substandard or defective products are required to do any or all of the following: bring the product to conformity with consumer product standards; replace the product; refund the purchase price, and pay the consumer reasonable damages that may be determined by the government.

According to Victorio Mario A. Dimagiba, director of the Bureau of Trade Regulation and Consumer Protection of the Department of Trade and Industry (DTI), consumers should exercise their right to redress if they have legitimate complaints against retailers or product manufacturers. The DTI has a consumer hotline—(632) 7513330—as part of its public service.

Dimagiba says the first thing that disgruntled consumers can do is go back to the store where they bought the supposedly defective item. The store can immediately do three things at its level: repair, replace or refund.

Dimagiba notes that most stores immediately address complaints to the satisfaction of consumers. But if consumers or customers are still not satisfied, they can always turn to the DTI and bring the complaint to its mediation desk. Both parties will then be called to a meeting to see how the complaint can be addressed.

“I am happy to say that at this second level, the record is that 85 percent of the complaints are settled. The other 15 percent are complaints involving high-end items like vehicles. At that point, we can go into arbitration,” Dimagiba adds.

Arbitration desks work like regular courts, wherein complaints are heard and evidence filed. The process can be long, but it is available to consumers who feel the need to go through it. Dimagiba says the DTI has 16 regional offices all over the country which ensure that consumers get the help they need to assert and, if need be, fight for their rights.

Dimagiba stresses, however, that consumers should also protect themselves against the purchase of possibly defective goods. First, they have to thoroughly check the goods before paying for them, and to think hard before charging anything on their credit card.

Buyers have rights, yes, but they have responsibilities, too.