Running for a higher cause | Inquirer Lifestyle ❮ ❯ 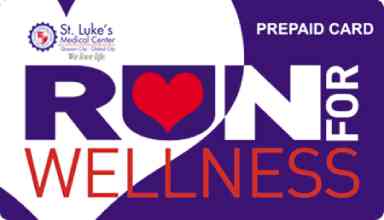 Running for a higher cause

Running, probably the country’s most popular sport activity next to basketball, yields to a higher call as St. Luke’s Medical Center (SLMC) jump-starts its fundraising program for Supertyphoon “Yolanda” survivors with a fun run on Dec. 7, 6 a.m., at the grounds of Bonifacio Global City, Taguig.

The event, dubbed “Run for Wellness,” was originally planned before the typhoon to stress the importance of preventive medicine. Now it is pledging 100 percent of proceeds to rehabilitation efforts in Yolanda’s aftermath.

Since Dec. 1 until Dec. 5, the hospital has been working with Globe Telecom in sending a team of volunteer doctors and nurses to Guiuan, Eastern Samar. But it won’t end there.

“I’m now trying to put together a team of five to six doctors and three to four nurses who will replace the other volunteers every five days. We will do this maybe for one year or longer, or for as long as we are needed,” said Dr. Arturo dela Peña, SLMC VP for medical affairs and medical director.

Peña, in cooperation with the Department of Health (DOH), is also volunteering SLMC to adopt a hospital destroyed by Yolanda that they can help rebuild by providing personnel, infrastructure, nurses and doctors on a continuing basis. Health Undersecretary Dr. Teodoro Herbosa is already aware of this plan.

Before yearend, Peña said SLMC would have already adopted a medical center. By committing long-term, he said all medical needs would be properly addressed—from acute to chronic diseases—as volunteer doctors and nurses will be able to monitor the patients’ conditions on a five-day shift. Hospital beds, medical equipment and other necessary facilities needed to operate the adopted hospital will be provided.

Peña added that next year, SLMC will enter into a formal agreement with Gawad Kalinga for a housing mission in Yolanda-devastated areas. “We want to help in a way that will benefit the community the most,” he said.

In the meantime, since the projected earnings from “Run for Wellness” won’t be enough, the SLMC Foundation will shoulder the expenses, Peña said.

So as to not become a burden to the province that is still struggling to get back on its feet, Peña said SLMC will cover all logistical expenses—from transportation to food of the medical team. The hospital is just waiting for word from the DOH on which municipalities to adopt. SLMC, however, is looking for communities outside Tacloban City.

“Many are focused on Tacloban City, but there are many places that have not been serviced… From what I have gathered, in many areas doctors are leaving together with nurses. We have to take care of the people’s medical needs there,” he pointed out.

“Run for Wellness” will have 3K, 5K and 10K legs for a standard price of P750; students pay only P300. Running kit includes dry-fit T-shirt, bib and freebies from sponsors, to be claimed at 2/F SLMC-Global City starting today till Dec. 5, 8 a.m.-8 p.m. Registration is ongoing until Dec. 5.

SLMC employees can opt to register through salary deduction. Everyone else can register the traditional way: by lining up at Toby’s Runnr branches; online via credit card at www.stlukesrun.com; buying prepaid cards that also make excellent souvenirs; or at SM Tickets nationwide.

Winners of each leg, male and female, will receive free executive health checkup packages from SLMC-Global City. Second- and third-prize winners will be given Shangri-La Hotel gift checks and Rudy Project goodies.

The venue will also have giant slides, creative photo booths and a balloon wall.

Giant signages will be erected in the routes to ensure that runners stay on track. There will be race marshals, BGC traffic aides and Taguig police for security and safety.

SLMC is encouraging companies to pledge a contingent of at least 25 runners for a donation of P18,000. Peña said the Iglesia ni Cristo has already promised to bring in 1,000 runners. Taguig Rep. Lino Cayetano has likewise confirmed that he and his whole staff are joining. Maricel Laxa-Pangilinan, several triathlon teams and Runners with Disability will also take part.

Peña pointed out that even before this fund drive, SLMC has been actively helping the community through its foundation and various charities.

All private hospitals are mandated by law to have about 10 percent of their beds servicing charity patients.

“We have suffered from the impression that we are a hospital for rich people, but we do have a social responsibility,” Peña said.