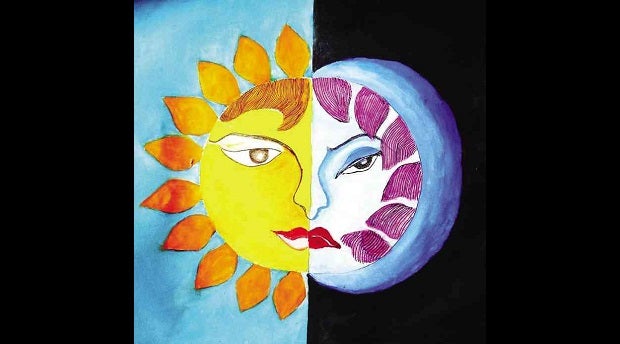 “MOODS of the Day,” by Gilda Cordero Fernando

People in the war

Nota bene: Two dear friends texted me to ask why, in “People in the War,” I have a brother. They know we are only two sisters. So I wish to make clear that this is a short story, much anthologized in ’70s. All characters are, therefore, my inventions. Sorry for the confusion I always think people are as old as myself and remember the ’70s.

One day I told my mother that Nonong was coming that afternoon, and if I could ask him for supper. I slaved over a plateful of cassava cookies in front of a hot tin charcoal oven. Lina was the good cook, but I disdained her help and advice.

For supper we would have fresh tawilis from Batangas, and a good piece of the ham that Mr. Solomon had made.

We waited for an hour past suppertime, and still Nonong had not come. When we finally did sit down for supper, nobody said anything except for Boni, who, having arrived late, looked at the extra plate quizzically, opened his mouth and closed it again like a fish gasping for air.

It was raining when Nonong came, smelling of beer, three hours late and sorry. I had already put away the supper dishes and the cassava cookies I had sweated over all afternoon, and I was still angry. He sat on the large kamagong chair and I sat on the other kamagong chair opposite him with the vase of santan flowers between us. And then we looked at each other and stopped dead still. For we could feel each other’s hearts and knew what was there, what had been growing for months without our awareness or consent.

And heavy with grief I said simply, I dreamt of you last night. You were sitting on a chair and I was on the floor hugging your knees and I said I love you, and you said, That’s all right, you’ll get over it.

He put out his fingers tentatively and stroked the back of my hand and I pulled it away. But in a minute we were touching again, and I was crying into his palm and he said, Help me, I’m so unhappy. But after a while we heard Eden’s slippers slapping on the floor of the dining room where she had gone to open a can of milk for the baby, and I told him to go away and never see me again.

On Feb. 17, Nonong telephoned me. We talked a long, long time about this and that and many useless things. Then just before the Japanese cut off our line, I heard his voice at the other end say soft but clearly, Listen to this, Victoria, and remember: I-love-you. And that was the only time he ever said it.

We had run to the church rotonda and even there, the dug-outs were every place, you were lucky if you could find a place to dig. The house had burned down and Boni had gotten himself badly scorched to save Mr. Solomon, who had panicked and couldn’t get himself out of his locked room. Father and Raul were carrying Boni in a blanket fashioned into a hammock.

Lina and I walked together—she had on her belt in which were all her treasures, and the six string bags with clothes in them. I was carrying my favorite dress, a pillow and a big bottle of precious water. Immediately behind us Eden walked, the 2-month-old baby in her arms. Mother walked last of all, pale and tight-lipped, carrying the kettleful of rice she had boiled for the noonday meal, and the slices of dried fish.

From Taft you could see clear through to the seashore for all the buildings were charred and gutted. The Japanese had barricaded themselves in the Rizal Coliseum, and you could hear the mortar shells go boom! from there and boom! again a mile away.

A trio of planes roared dangerously low. Shakily, Lina and I dived into a shelter where the Chinese consul and his family crouched, and bitterly, they reproached us for crowding them in the already cramped space. Mother had run into another hole and ran out screaming, for there was in it a man with half his face shot off. Outside the shelter, we could hear Boni begging, Please don’t leave me… We were scattered in all directions.

Somehow we found each other again. Papa’s plan was to go south to Pasig to escape the mortar shells that were coming from the north. He and Raul took up Boni again and started to walk.

Somewhere in the running, I had lost my shoes and was proceeding barefoot; I had also forgotten my favorite dress in the last dugout. Whenever the mortar shells dropped around us, we threw ourselves flat on the ground and covered our ears, but still we could hear the whistling and the unearthly screams of the people who had been hit.

After one of the raids, which lasted longer than usual, we burrowed out of the shelters to find Boni gone. Someone told us later that he had been seen crawling to Taft Avenue.

On our way to Pasig we scampered for safety into the old Avellana home, the only one standing in Malate. A Japanese sniper in a battered car was shooting at us and we went into the enclosed ruins, picking our way hurriedly over the wounded and the dead. My brother Raul was the calmest of all. He had taken the kettle of rice from Mother and whenever he dived to the ground, a little of the uncooked rice spilled but he gathered it again, and brushed the earth from the fish with invincible good humor. He had his rosary with him and never parted with it; he vowed that if nobody got hurt he would become a priest.

We entered the damaged cellar and found there a group of mestizas. One of them, Señora Bandana’s daughter, a friend of Lina’s, persuaded her that the place had been continuously machine-gunned and that they should transfer to a concrete garage nearby where the rest of the family were. Lina left with her. We were willing to take our chances and remained behind.

We settled ourselves comfortably, taking small swallows of water from our bottle, but not one of us could eat. The baby sucking at Eden’s breast was drawing blood, and Eden’s tears were falling on its face. In a few moments Lina was back, alone. She was hysterical. The garage she and her friend had gone into had been hit by a grenade, and she had seen the whole Bandana family and her friend perish in it.

We ran without any sense of direction. Finally, we found a high concrete wall against which several galvanized iron sheets had fallen, forming a safe shelter, but every time someone moved, the sheets clattered noisily, betraying our presence. The few remaining Japanese soldiers were desperate. With bayonets bared, they stalked the ruins, thirsting to run through anything that moved. Raul pillowed his head in his arms and snored like a baby. We heard a Japanese soldier patrolling nearby, his hobnailed boots crunching heavily on the rubble. Eden’s baby began to whimper. Eden offered her breast but the baby refused it, for it could no longer give any nourishment.

Keep him quiet, my mother hissed nervously. The footsteps were growing fainter and then they stopped all together. We heard a revolver cock. Then the footsteps started again, tracing the same path outside our shelter. The baby was now whimpering in earnest. Beat its head with a bottle, somebody suggested. It’s the child or all of us. The bottle was thrust into Papa’s hand. He raised his hands and brought them down limply, he had a weak stomach. He was next asked to strangle the tiny neck but his fingers turned weak and rubbery. The soldier was almost upon us. Luckily, the baby quieted for a moment.

Only when the footsteps receded could we talk. Papa said, Eden, go away with your child and save us, and maybe you too can be saved elsewhere. Eden crept out slowly, making an infernal racket with the sheets. In a moment she was crawling back. Wordlessly, she turned over the baby to Papa like an offering. The soldier was returning. Lina cursed, restlessly she paced back and forth, standing up and sitting down. I’ve got it! she cried, Let me… Lina took the pillow I had been carrying all this time and put it on the baby’s face. Then she sat on it, hard. The mother stared dumbly at the earth, her hands dangling between her legs. There was a struggle under the pillow and a smothered whimper.

Slowly, Lina got up, biting her nails. She became hysterical and Papa had to hit her across the mouth. Eden took her dead baby and began rocking it to sleep.

We slept from exhaustion. The crunching of the footsteps had disappeared. The moon rose bright and clear, like the promise of another time, and we could find our way out. A group pushing a wooden cart full of pots and pans and mats and bundles was coming toward us.

The Americans are here, the father of the group we met said. They have gone over Santa Cruz bridge. Papa counted the heads. Boni was gone, Mr. Solomon was gone. We couldn’t find Eden. We looked back at where we had come from, and through the twisted steel buttresses of the ravished homes, we could see a lonely figure poking amid the debris.

She has probably gone back to bury the baby, Mother said.

Let’s go ahead then, Father said. She’ll catch up with us.