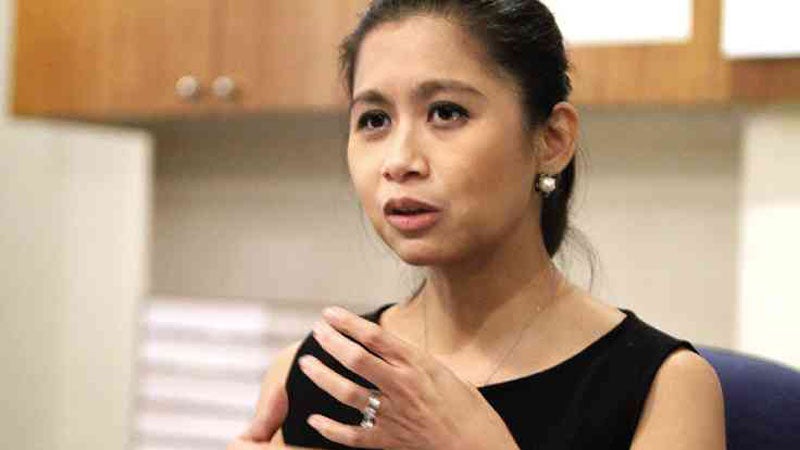 How safe are heels for growing girls?

On a sweaty summer morning, Lorraine Luzon walks to her modeling class in killer three-inch stilettos. As she teeters down the street, remembering the tips she learned on how to walk in high heels, people stare—and not always in a good way. Lorraine is only nine years old.

Lately, more and more children are seen wearing heels. Although it’s a known fact that little girls often mimic their mothers—wearing their makeup, dresses and, yes, stiletto pumps at some point—it was not until Suri Cruise, then a mere three-year-old, was photographed in heels that children all over suddenly wanted to emulate the child fashionista.

But how safe are heels for growing girls? Would it eventually jeopardize their physical development?

Dr. Anne Kathleen B. Ganal-Antonio, orthopedic and spine surgeon and assistant professor at Ateneo School of Medicine and Public Health, said the appropriate time for anyone to start wearing heels—gradually ease into them, she stressed—is when they’re between 14-16 years old.

That’s about the age when the female is skeletally mature, meaning all growth centers have already closed and the muscles are developed well enough.

“When you’re wearing heels, your muscles will be working extra hard. You’re talking about a six-year-old child whose muscles are still developing and you’re putting unusual fatigue on it. The muscles can take the load, but we were not built to wear heels to begin with, or else God would have made us with feet like Barbie dolls,” Antonio said.

Antonio explained that the feet, when we walk, adapt to a tripod gait: Weight on the heel, the big toe metatarsal head and the fifth toe. Walking in heels puts pressure on the balls of the feet, specifically the first ball of the foot near the big toe. The stress the body goes through, especially for children who have yet to develop their normal gait pattern, may have serious repercussions later on.

“Toddlers still don’t have the heel strike, foot flat then toe off pattern. They walk on their toes. They do that until they reach about seven years old, when they get the normal gait pattern. When the foot slides forward into the narrow shoe box, it compresses the toes together, and later on those pointy shoes might lead to deformity of the foot,” she said.

Children may also develop bunions at an early age. Risk is increased if there is a familial tendency to develop bunions. They may also experience back, calf and leg pain if heels are worn for an extended period, Antonio said.

“We don’t have scientific studies on these yet so I cannot quote journals and studies that support their effects on children. But if parents absolutely need to make a compromise, allow no more than an inch—and only for a short time. That probably won’t cause too much of a problem,” she said.

Elaine Valencia Luzon, the mother of young Lorraine, said she doesn’t have sufficient information about the possibly precarious predicament her child might be in. Lorraine expressed her desire to become a model at three years old, and started wearing heels at eight when she joined the Cagayan de Oro Talent Center, a school that trains kids who aspire to become models.

Today, Lorraine has worn it all, from stilettos to wedges to kittens. When she goes shopping with her mom, she goes straight to the shoe section and points at high heels. The only thing stopping Elaine from making a purchase is the price tag; heels are expensive.

“She wears the heels for two hours, during the workshops, and a little longer during shows. When she’s out malling she goes for a one-inch heel. But I always insist that she also give her legs and feet a break,” Elaine said.

The child’s father, Lorenzo Luzon, a news anchor at ABS-CBN Cagayan de Oro, does not object to his daughter’s shoe choices, although he does complain that his only daughter is a little too skinny for her age.

Lorraine, said her mom, wants to join a beauty pageant for children someday. “She takes much longer to dress up than I do. She poses in front of the mirror, and if she doesn’t like what she sees she’ll change her outfit. It’s frustrating that sometimes we end up arguing,” Elaine said.

Antonio said an inch-high wedge might be more suited to a child than stilettos and kittens. Parents, she added, must consider the heel height, duration of shoewear and activities involved when using heels when they allow their children to wear a pair.

“They might be running around in high heels, trip and get a fracture. That is the very real possibility in this scenario. As a doctor and as a mother, I’d like to say there is something inherently not right with children wearing heels. There are a lot of physiological changes still going on in a child,” Antonio said.

The doctor’s two daughters, Bea, 6, and Yanna, 4, wore heels for about a year. It was a gift from their grandmother, Antonio said. Now she makes compromises. The children are allowed to wear heels only during special occasions, such as parties, and only if they are seated most of the time. Even then, she brings along flats so the children can switch to comfy shoes if they want to.

“At some point they’ll realize it’s not as comfortable as their Crocs or rubber shoes. Thankfully, they still love their Crocs,” she said.