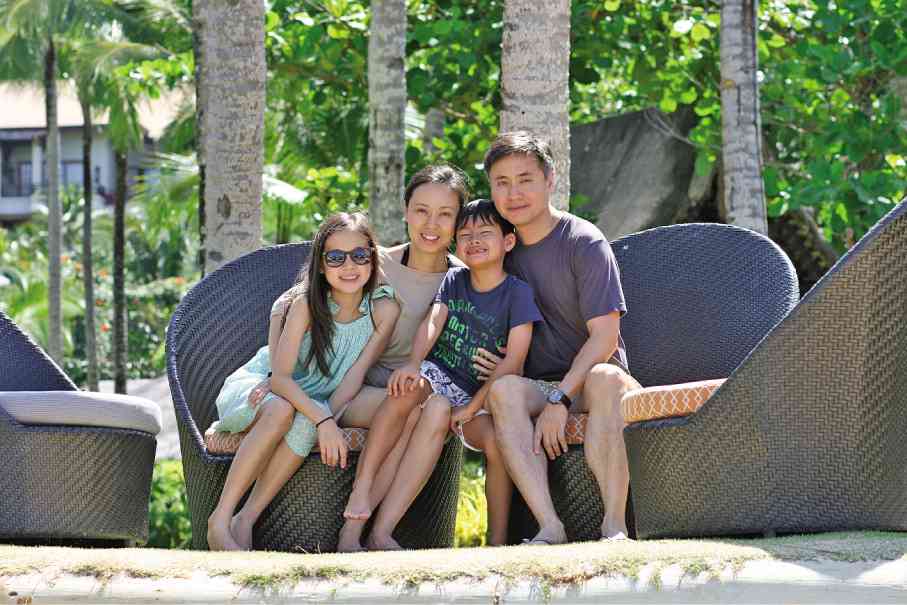 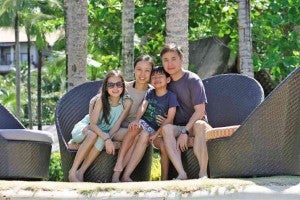 Like many first-time moms of  girls, I fell in love with the tiny dresses and embroidered frocks that I began to bring home even before my daughter was born.

Thoughts of having my own children’s line crossed my mind, until they were eased out by day-to-day responsibilities; before I knew it, the days had turned into years and the thought was completely forgotten—until I ran into my friends Jerry and Sabrina Uy.

I was amazed not just at the growth of their two talented and lovely children, but at their other baby, as well—the hugely successful children’s and maternity wear store, Gingersnaps.

It’s hard not to consider Gingersnaps part of Jerry and Sabrina’s family, considering how intertwined their lives are with the brand.

Counting over 16 years of marriage and two precious children, Jerry and Sabrina have been blessed with the opportunity to create a family where love overflows, and make a living from something they are truly passionate about.

I can’t help but wonder what their secret is. A happy and close-knit family does not usually go hand-in-hand with operating a business that requires long hours away from home.

“No secret!” they laugh in reply. “It’s a learning process for us; we can’t claim to be perfect parents. We all make mistakes—being too lax, too stern.”

They also don’t have rules on  keeping work and family life separate, or making sure the children get involved at a young age.

“Of course the kids are exposed, but we don’t force them to go in the same direction. We would like them to do this but you can never tell. We’re lucky to do what we like,” Jerry says. “What we make sure that they learn are the basic things, such as the value of hard work, perseverance and responsibility. We want them to pick up the right values such as being down-to-earth and kind when dealing with people. Hopefully in time, they will have the pleasure of working with wonderful people too.”

Sabrina adds, “In our conversations during dinner, we try not to talk about work, but sometimes you can’t help it. But when it does, the kids weigh in and give their own inputs.”

“Once, we were talking about pilferage and our son offered his own solution! He said, ‘I’ll stand in front of the store and say bad people can’t come in!’” Sabrina recalls with a laugh.

Despite the children not being  involved, Sabrina, the creative driving force of Gingersnaps, actually gets inspiration from them. “I look at my daughter and her friends. It’s very inspiring to watch young people and what they are into; in turn, she gives me her opinions on my designs. The boys’ line also improved greatly when I had my son! He is my R&D (research and development) guy and test-drives all the stuff.”

They are very hands-on with their children. They enjoy watching movies together, and mother and daughter can usually be found baking cheesecakes and other sweet treats.

Father and son create their own “sports fest” on weekends. “Our son has a different character; he makes us laugh every day. He’s a ‘guy’s guy’ with an easy-going personality. But he is also very proper, a perfectionist and great in math,” says Jerry.

The Uys are firm believers in experience being the best teacher. They use their vacations abroad to encourage their children to go out of their comfort zones.

While away from home, the kids cook their breakfast, take charge of buying transportation tickets, and coordinate with the hotel concierge.

Sabrina, the “bad cop,” can put her foot down. She doesn’t believe in shouting, but does not hesitate to discipline her children. “You should never be afraid of playing the ‘bad cop.’ You’re not doing them any favor by refraining from discipline. If you see something bad, nip it in the bud and remind them, but without shouting. Every age level is about finding the correct words to understand the situation and get down to their level,” she says.

We compare notes, though their kids are in their preteen, and mine are much younger. An unavoidable issue is, of course, social media.

“It’s not as simple as ‘no Instagram,’” Sabrina explains. “But you can educate them on the proper way to use it. We teach them to be smart about social media, the do’s and don’t’s. I remind them to be careful about posting photos of themselves. You have to respect other people and yourself and use them to inspire or make others feel good. I also remind them that it’s not a venue to show off or hurt other people.”

They reverse roles when they go to work—Sabrina happily focusing on design while Jerry worries about everything else, from operations to finances.

A favorite anecdote is when they opened their first store in 1998. Sabrina had been operating stalls in different department stores for five years when her husband brought up the idea of opening her own boutique.

Since they were then trying to start a family, Jerry would go to Sabrina’s office once a week to help ease the load while still working full-time in his family’s company.

About three weeks before Gingersnaps’ opening, Jerry asked Sabrina about the packaging for her clothes. She gave him a blank stare. It became apparent that Jerry would have to spend more time in the store, until he found himself working full-time with his wife.

It’s amazing how far passion and determination can take you.  That passion was sparked in 1993, when a then single, 23-year-old Sabrina chanced upon a children’s magazine in the Hong Kong airport. “I was hooked! I was so inspired that I sold my business and said, ‘This is what I want to do!’” Sabrina recalls.

Thus was born Gingersnaps, a remembrance from Sabrina’s childhood memories of the classic British storyteller Enid Blyton, who never failed to have tea and gingersnaps for her protagonists.

I ask how they made the leap. Sabrina pauses before answering: “I don’t know how we managed, really! The more stores we put up, the more complicated it got; so we took it day by day. It’s a learning process—every day we just learn something new… We pushed ourselves out of our comfort zone.”

Jerry has a simpler answer: “Sheer hard work. Well, that and planning for good designs. There should never be a case of ‘pwede na.’. Everything has to look global while still being 100-percent Filipino. We are very proud of that.”

There really are no secrets or shortcuts to success, at home or at work. There are always challenges in both worlds, and the biggest challenge is balancing the two sides. But the Uy family’s story says it can be done, and beautifully at that.