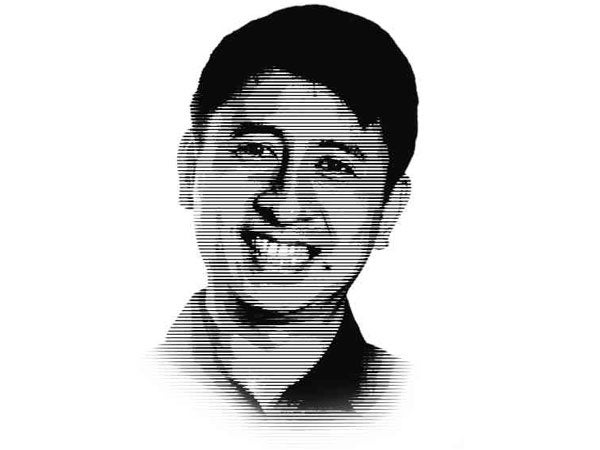 The past year would probably be remembered most for the profligate ways of businesswoman Janet Lim-Napoles whose unwise handling of government funds had led to her downfall and that of several prominent lawmakers.

But how exactly should we handle money? What are the most common mistakes that Filipinos make about money? How do we practice “mind over money” in 2014?

The leading lights of financial literacy in the country share their thoughts on the subject.

Protecting their money is an obligation that Filipinos owe to themselves, says Francisco Colayco, whose two volumes of “Pera Mo, Palaguin Mo” stirred public interest in conserving private resources.

“Protecting one’s money” means three things, he says: “Keeping more of it, spending it wisely and sharing it with others.”

More than a decade after he wrote his first two books, Colayco has proven true to his own advice, and has set up a foundation that introduced Overseas Filipino Workers (OFWs) to a professionally-managed investment fund and cooperative that hopefully, would enable them to come home for good.

Preacher and Truly Rich advocate Bo Sanchez essentially shares the same advice that Colayco gives through his three rules: “Earn, save and give as much as you can.” He considers money as “a gift that we need to use to bless others.”  He confides that for many years, as a preacher, he “felt that money was evil.”  When he got married at 32, however, he realized that he needed money to feed his family, “like everyone else.”

And that’s when he realized that far from being evil, “Money can actually make you holy,” says Sanchez.  He adds that, in fact, it is possible to be close to God and be rich at the same time if money were used with wisdom. His vision, he adds, is to help Filipinos become rich by way of his Truly Rich Club, whose thousands of members achieve their financial goals through stock market investments.

Similarly, direct selling expert-turned-financial freedom champion Chinkee Tan puts a lot of premium on the need to correctly appreciate the purpose of money. If money makes your life easier—it pays your bills on time, and sustains your savings and investments—then you’re using it correctly.

Unfortunately, Tan cites, the opposite is true of a lot of people.  “Nung maliit pa ang kita, napagkakasya. Nung lumaki na, nagkulang na, may utang pa (They can subsist on their meager pay, but found themselves in debt when they started earning more).”  As a direct selling professional, Tan had observed with dismay how some of his colleagues would splurge their hard-earned money simply because they had the wrong mindset. It’s not how much you earn, it’s what you do with what you earn, he says.

His focus on mindset distinguishes Tan’s financial management approach from other money gurus. In fact, this is the focal point of “Chink+,” the title of one of his books and of his weekly radio show over 92.3FM, which was named 2011 KBP Golden Dove Award for Best Radio Show.

Vic Garcia, an “unleash your potential” advocate, uses two words to help one achieve the right money mindset: stewardship and giving. Stewardship translates to growing the money entrusted to you as opposed to spending every single centavo you earn. Giving meanwhile leads to greater stewardship and earns its giver more rewards. Which is why Tacloban and Bohol are blessings, he says.  They give us the opportunity to give and bless other people. To pass these twin messages effectively, Vic and his wife Avelyn rolled out in 2012 their bestselling series, “Unleash the Potential of Your Money.”

So what financial advice can they give ordinary folk for 2014?

According to Colayco and Sanchez, “In 2014, the stock market will go sideways and will only rise again by 2015. This is the best environment for long-term investing.  Start by setting aside small amounts each month and investing it in the stock market, so you can retire as multimillionaires.

“Don’t get left behind by the investment train in 2014,” says Colayco.  Instead of getting out of the market, maximize the opportunity for buying. This sense of confidence is premised on the fact that the Philippines has the right economic fundamentals notwithstanding the Bohol earthquake and Supertyphoon “Yolanda.”

3. Use caution when investing in real estate.

Apart from the sari-sari (variety) store, the go-to investment for many Filipinos is real estate, or a property they can rent out.

While Colayco remains unfazed by recent natural calamities that hit Bohol, Leyte and Samar, he cautions real estate investors to do their homework first. One needs to know one’s purpose when investing in realty. How much are you investing? Where are you investing?

Tan tends to agree with Colayco and recommends that one zeroes in on foreclosed properties as these are priced lower and banks are more accommodating when it comes to these assets. He also abides by the rule of 10.  Which means that whenever he shells out hard-earned income for investment, he makes sure it earns an average of 10 percent. This way, he is insulated from inflation.

Garcia does not endorse investing in real estate.  Aside from having to pay so much in taxes, real estate investment is not liquid, he says. Instead, he recommends investing in time deposits, mutual funds and related instruments.

As a hedge against natural calamities, Sanchez recommends “an emergency fund—perhaps six months of monthly expenses set aside in the bank to tide people over during a crisis.”  The rest of the money should be in mutual funds or the stock market as long-term investment, he adds.

Garcia quotes from the world’s greatest investor, Warren Buffett:  “Find someone who’s better than you at making money.”

Since that could take a lifetime, invest in the next best thing: reading. It was by reading Robert Schuller’s “Tough Times Never Last, but Tough People Do” that Garcia turned his life around.  He has not stopped investing in reading and in learning from mentors since, says Garcia who names Warren Buffett, Steve Jobs and Bill Gates as his top three icons when it comes to investing.

The four financial wizards also named the most common financial mistake that Filipinos commit, and that is, Living a lifestyle one cannot afford.

According to Colayco, some Pinoys are unable to maintain their current lifestyle when their income starts to grow. The result is obvious: If you choose a lifestyle you cannot afford, you’d get into debt and would lose the ability to save.

What compounds this, says Sanchez, is the perception common among some Filipinos that “It is normal to go into debt and to stay in debt for the rest of our lives.”  It is not, he contends. “We need to have a goal of becoming debt-free as soon as possible.”

One reason behind this tendency, says Tan, is envy and, in some cases, self-pity.  The pressure of keeping up with the neighbors is a sure-fire formula for getting into debt. Self-pity is a distant cousin of envy. It manifests itself as a rationalization for overspending. “Kawawa naman ako, wala ako nito eh  (I’d feel so deprived if I don’t have this)” is a case in point.

Easier said than done, you might say, since we live in a society where the consumerist mindset constantly competes with our desire for financial freedom. It’s a society that as Noam Chomsky puts it, is one where “people’s conception of themselves is based on the question: How many created wants can I satisfy? We have huge industries… designed from infancy to mold people into becoming completely mindless consumers of goods that they do not want.”