Is Baguio back on the destination list (with Joel Cruz’s humongous mansion)? | Inquirer Lifestyle ❮ ❯ 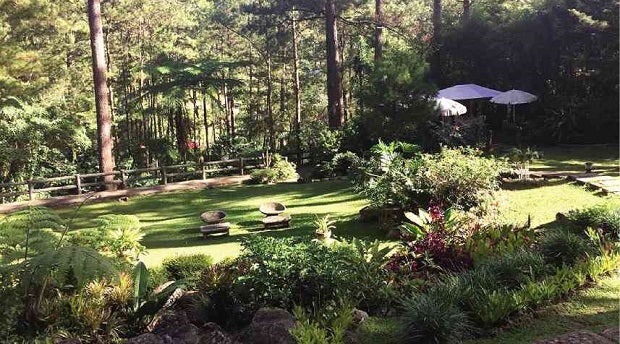 Is Baguio back on the destination list (with Joel Cruz’s humongous mansion)?

I never experienced a Baguio that cold and that crowded as I did last weekend. It was as if people, suddenly scared of storms and seas, flocked to this mountain resort instead, in the days after Christmas and right before the new year. 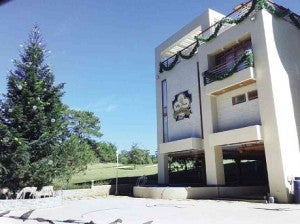 For many, it was a seven-hour, even nine-hour, drive to Baguio, with traffic buildup in Paniqui, Tarlac, right past SCTEx, then in Pangasinan. Yet past the lowland traffic, there’s always the cool, invigorating air that one enjoys on the drive up Marcos Highway.

What we weren’t prepared for, however, was the bumper-to-bumper traffic on South Drive leading to the Country Club and the Mansion House. (And we didn’t even dare venture to Session Road.) Our hosts said that not even during Holy Week did they see this kind of traffic. In all their holiday years in Baguio, this was the most crowded they’d seen it, so that they wanted to rush down to Manila right that weekend to escape the crowds.

But once you’re out of the road, and in the cocoon of the Baguio home, with its lovely garden and sheltering pine trees, you’re transported to a mental and physical plane right where you longed to be—cool and getting colder, with just the right sunlight, tranquil, green, quiet. 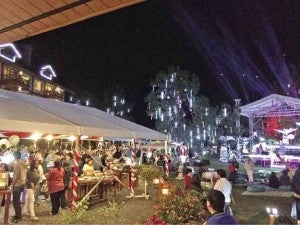 There’s still nothing like Baguio weather and pine trees. People will always want to experience it at least once a year or every two years. They say last weekend saw a record number of visitors (800,000), just when you thought Baguio had been struck out of one’s vacation list.

People speculated that holiday travelers must have skipped Bohol (with its fallen churches), Boracay (too crowded), and in general, the beaches. They wanted to rediscover Baguio instead. 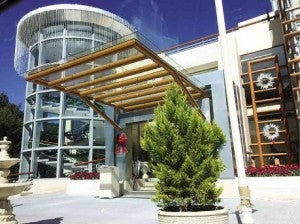 Therefore, everywhere one went, one waded into a crowd and traffic in Baguio.

The public market had brisk sales, no doubt. Bottles of Good Shepherd ube jam were coveted items, going for as much as P350 a small bottle, given the middle vendor’s affixed costs.

The Manor at Camp John Hay was a big surprise. It wasn’t the Manor I was used to, with its cozy bar where my favorite sax played. Instead, its entire garden was under huge tents—to house the buffets (yes, that great number of guests)—with a giant stage on one side. Holiday bustle.

Baguio will always have its charm and lure, but its community and business leaders shouldn’t push it. Congestion and urbanization are killing it—and this has been said often enough. Baguio must not be overrun with concrete structures, smoke-belching vehicles, informal settlers, malls—exactly what Baguio is showcasing now. During his visit last year, President Aquino bemoaned precisely this; the Baguio he remembers from childhood has been lost.

Why can’t Baguio leaders think Carmel (US), Provence (France), Beatrix Potter’s Lake District or Stratford-upon-Avon (UK) or Edinburgh (Scotland), among other places whose intrinsic charm and history make for sustainable revenue generation, given the right management?

Driving away from The Manor, we espied a grand concrete-and-glass multistory mansion, newly built at Camp John Hay, on the fringe of the fairway. Its concrete façade displays the homeowner’s crown insignia: White House of the Lord of Scents.

From the outside, one can gawk at the stairway winding up to four or five stories high. It is said that it will have a gargantuan chandelier and elevator. As the name on its façade indicates, it is owned by fragrance mogul Joel Cruz, whose Aficionado scents are peddled to the mass market.

Does this belong to Baguio’s quaint landscape? No, say some old-time residents who are poised to challenge the fact that it’s been allowed to be built so close to the fairway, if not on it itself.

Of course, a concrete-and-glass medium-rise is not exactly one’s image of Baguio. Baguio evokes pine trees, warm wood, fireplace, nothing humongous. (Ayala Malls respected and followed that template when it built inside Camp John Hay.)

It should be interesting to see which way Baguio will go in 2014—old-world charm or controversy.