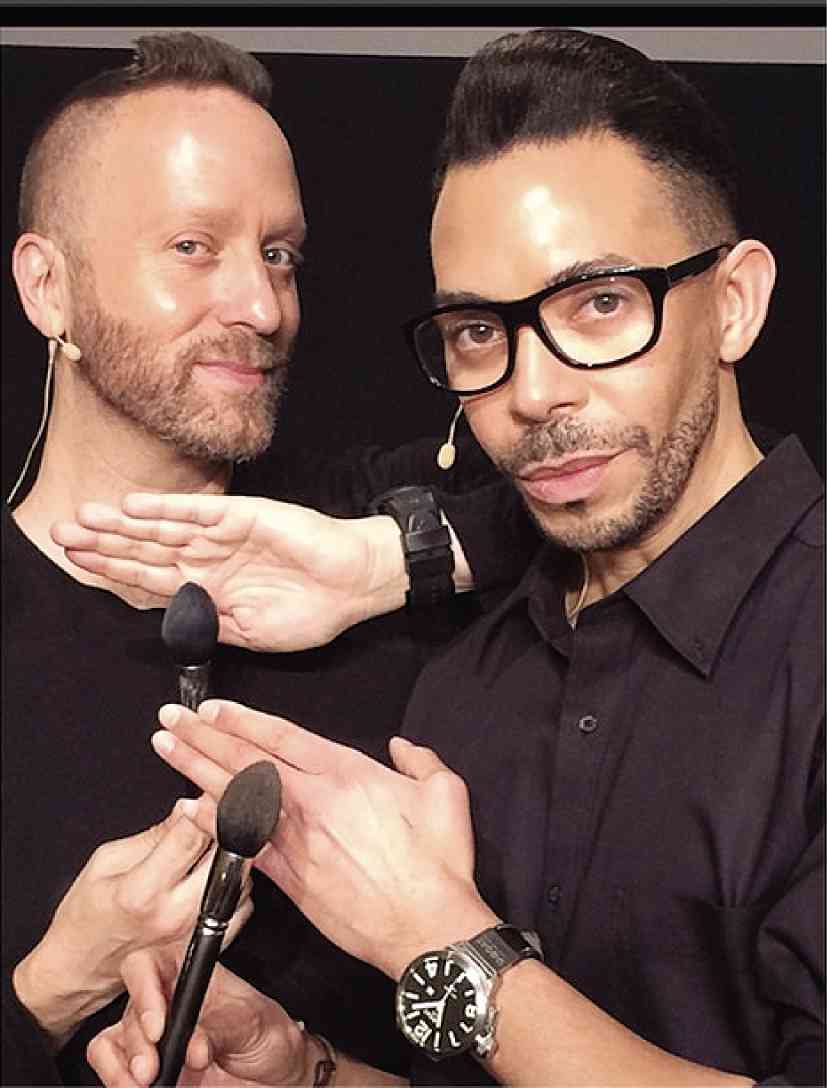 “SO Romero Jennings and I are kinda obsessed with MAC cosmetics brush #138 and we think you should be, too!”

Hollywood makeup artist urges women to ‘change it up’

Angeleno native Gregory Arlt grew up in a small, picturesque suburbia called Westchester, in a corner house with a gate, lawn and white picket fence. Central Los Angeles is still the “Big City” to him, and little did he know he was going to be a sought-after makeup artist and director of makeup artistry for MAC Cosmetics, with a clientele composed of remarkably iconic women like Gwen Stefani, Dita Von Teese and Liza Minnelli. His expertise? The most difficult of them all: red carpet.

He sees himself as a beauty exorcist because “instead of piling on makeup, I bring out a woman’s beauty, respecting her features, bone structure, coloring and, most importantly, her personality.”

Arlt is witty, funny and entertaining. At the MAC 2014 Trends Presentation, he gets the usually steady Manila media audience in stitches. But as much as he makes it all look effortless, clearly his job is not that easy. The first time he worked with Liza Minnelli, it took him almost two hours to put her makeup on. “She was very, very, very specific about her makeup. She went, ‘I like to go thicker, then thinner…’ and then I realized, she is an icon. I respect that,” he says.

“The next day, it took us 40 minutes.” After a few times of working together, she opened up a little more. “I told her, ‘You know, I think it would be amazing if we did dada-dada…’ and she said, ‘Well, let’s try it!’”

Unknown to most, a huge part of a makeup artist’s job, especially one who works with the biggest celebrity names in Hollywood, is gaining trust.

It’s also about being intuitive. Arlt was able to guess that I wear my cat eyeliner almost everyday with a nude lip and the occasional bold lip for events. When I exclaim at his brilliance, he replied, “I’m the total opposite of psychic because most of the time I don’t know what I’m thinking.”

He continues, “I keep asking people what they are into, what they like, and how they want to see themselves. The thing about people like Dita or Gwen, they’ve truly created iconic looks for themselves.” Arlt says that if a girl wants to impress, she has to have the confidence to pull it off, know who she wants to appeal to, and know what looks good on her.

It takes time and maturity but, Arlt says, “The most important thing is to be yourself, and be happy with yourself. If you’re going to a party, maybe it’s not the right night to pull off what you’ve never done before.”

Arlt, who is evidently passionate about makeup, remarks, “You know, makeup is the ultimate disposable accessory. Change it up! But in order to be impressionable, do something that you’re truly comfortable with.”