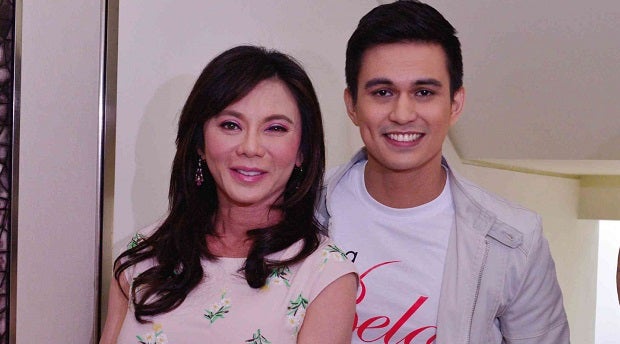 Vicki Belo celebrates 23 years in the biz in style

Fresh from being awarded a most-coveted certification from the National Accreditation Board of Hospitals and Healthcare Providers (NABH) International, our beloved palangga Dr. Vicki Belo celebrated her 23rd year in the business on a super high note, dahlings.

This award has proven to be especially significant to Vicki, as the Belo Medical Group is the first organization in the Philippines to receive the prestigious NABH accreditation.

“This recognition from a respected international organization confirms that we are at par with the best cosmetic surgery clinics around the world,” says our head-turner doctor. “For over two decades, we have been in the business of enhancing and showcasing the best of what the Filipino has to offer.”

Vicki scored another hit when she bagged the latest, hottest sensation on television, Tom Rodriguez, not as her new boyfriend, palangga, but as her clinic’s newest endorser, as the guy who’s “man enough to be Belo-fied.”

The doctor to the stars held a fabulous get-together lunch at her superbly appointed home last week to launch Tom, whom she calls an “ideal endorser”—someone who is confident and certain of who he is, and is not afraid to do things for fear of being misunderstood. In undertaking his controversial role in the hit TV drama series “My Husband’s Lover,” Tom took a career risk that paid off handsomely—much like the men that the Belo Medical Group caters to.

The lunch was superbly organized by corporate imaging and marketing expert Jojie Dingcong, and the gorgeous floral designs were by Robert Blancaflor. The ever-consistent Japanese resto Kai pulled out the best from its kitchen to lay out a glorious feast, to everyone’s delight. Down to the last detail, it was perfection, dahlings.

For entertainment, Jojie had Tom serenading the invitees and even raffling off a few of his artworks (yes, he’s an artist, too!).

During the program, Vicki remarked: “Over the years, there has been an increase in the number of male patients visiting our clinics, and other clinics all over the world. Statistics show that the top procedures that men undergo worldwide are liposuction, rhinoplasty and eyelid surgery, while the most popular nonsurgical procedure is Botox.”

For his part, Tom said: “It’s time for us to break out of our shells and shatter all the stereotypical beliefs about men. Men need Belo, too!”

Indeed, Vicki is at the top of her game. She continues to keep us all hooked on the goodies her Belo Medical Group cooks up all the time. Now she’s hooked Tom Rodriguez as well!

It’s the ultimate high-end cell phone one can have. The awesome Vertu happens to be the world’s leading provider of luxury mobile phones; recently it launched its latest collection called Constellation, dahlings.

The event coincided with the opening of the first Vertu store in Manille, palangga, at Shangri-La Plaza.

“Handmade in England and swathed in high-quality calf leather, the Constellation uses a 5.1-inch piece sapphire crystal—weighing over 100 carats—that’s resistant to scratching from anything other than a diamond, ensuring that the screen remains virtually flawless for many years,” explained Richard Yong, Vertu’s Southeast Asia Pacific general manager.

“Surrounding the sapphire crystal is an engineered grade 5 titanium casing, a material stronger than stainless steel yet only half the weight and has an immaculate finish once polished.”

“This is a remarkable day for all of us as we launch Vertu’s modern smartphone, handmade in accordance with the English tradition of artistry and modern machinery,” said Edith Dychiao.

Next on stage was dashing Nick Holt: “Vertu stands for hand manufacturing, and the belief that you cannot replace the hands, eyes, dedication and passion of a true craftsman through a mechanical process.”

While guests dug into their full-course meals and cocktails, Vertu’s staff went around with Constellation units that came in five different hues: cappuccino, black, orange, mocha and raspberry.

Yes, palangga, they were grabbed off the tray as credit cards kept the cashiers busy as bees. Get the picture, palangga?