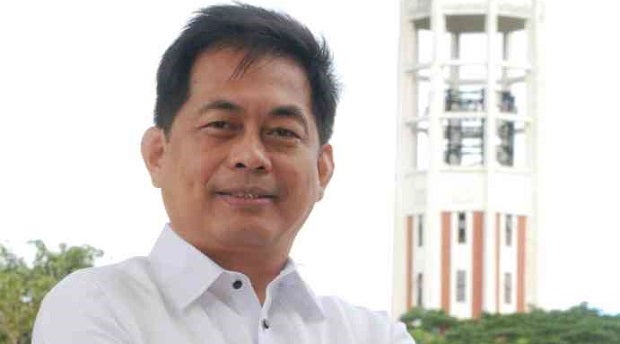 His fascination with earthquakes started during his teenage years, and may have been spurred by the challenging question that his professor in structural engineering had once asked:  “Can you design buildings for earthquakes?”

This was in the early 1970s, when the National Building Code had just been enacted.  The professor added that engineering’s biggest hurdle in conforming to the Code was being able to build buildings for horizontal virtual forces, like earthquakes. 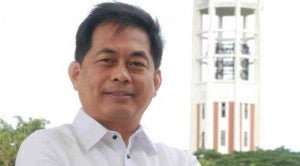 For class requirements, including his English theme paper, he chose earthquakes as a topic and wrote on how folk knowledge has led people in China to rely on unusual animal behavior to predict this phenomenon.

Today, Filipinos largely depend on him, as the University of the Philippines’ Vice Chancellor for Research and Development, to find out as much as they can about earthquakes and how to minimize damage caused by this unpredictable natural force.

Dr. Benny had wanted to be an architect, but had to settle for engineering and science courses, as these were the only ones offered on scholarship at the time. Since his father died when he was in Grade 1, he had depended on scholarships to get through school.

For his college graduation project, Dr. Benny studied the pre-cast construction of medium-rise buildings in Metro Manila.  When he took his Masters in Structural Engineering, earthquakes again became his topic of choice.  His thesis? “Earthquake effects on the integrity of earth dams.”

For his doctorate degree at the University of Tokyo under the Japanese Monbusho scholarship program, the civil engineer surprised no one when his Ph.D dissertation focused on the effects of earthquake on tall towers and vertical structures.

Call it obsession, but Dr. Benny’s unusual interest proved providential.  After the 7.2 magnitude quake flattened Bohol in October last year, Filipinos have realized just how prescient his life’s philosophy is:  Learning, he has always maintained, is one’s best defense against harm.

As an earthquake engineer, Dr. Benny’s task is to reduce and manage risks, as predicting this phenomenon is “far from (being) a perfect art or an exact science.”

“Risk is very hard to study, understand or estimated. On top of that, there is the difficulty of distinguishing our so-called physical or objective risk from the so-called psychological or subjective risk,” says this quake engineer.

The field is truly interdisciplinary, but he also “enjoys going into the aspects of human communication,” says Dr. Benny.

A soft-spoken man, the quake expert however speaks strongly and carefully about his ultimate passion: learning.

He seems to be a natural at it. At a young age, he became a constant representative in quiz bee and oratorical competitions. When his father died, he had to push himself even harder to get scholarships and finish schooling.

A teaching stint in a Japanese national university further honed his skills in the field, as did an additional four years’ stay in what he describes as one of two countries most prone to quakes (the other being California in the US).

His stay in Japan exposed him to more researches not only on earthquake-induced vibrations but also vibrations due to wind, machine and people walking.

Dr. Benny’s passion for learning extended to numbers as well.  A wide reader, this scientist has mastered both math and communications skills, a rare combination that enables him to ably discuss topics from general information to romance novels.

Recalls wife Elizabeth who admits being smitten by the power of his words: “He used to write me love letters. He was a very good writer,” says the endocrinologist.

She adds: “He was not just good in numbers; he was very good in the spoken and written English, and we can talk about anything under the sun. He was that smart.”

Dr. Benny shrugs off the adulation. Engineers should be good communicators, he says. “Engineers are rigorous and practical, and are filled with theories. But they must also be able to send their message clearly to their recipients.

In class, this UP faculty member makes sure that big concepts are relayed to students in a simplified and demystified manner.

BA Linguistics major Erika Mae Lirio,  Pacheco’s student in Civil Engineering 10 (also known as Disaster Risk Management, a General elective course in UP), says her professor is good at simplifying big concepts and making sure that class would be fun for students.

“He would make an appearance in our music videos for class reports, crack ‘corny’ jokes, and even sing Charice’s ‘Pyramid’ when he presents in class.” That last is a proven source of laughter among the 120 students in his class, she adds.

What she recalls best, she says, “was his fatherly expression and very friendly vibe” which are rare among scientists, given the serious subjects that they often deal with.

Between lectures on the subject matter, he would enjoin his students to listen and study hard because, he tells them, “Syempre gusto nating maka-uno (Of course, we want to get the highest grade),” Lirio adds of the professor who, she says, would not use the mic because he has a voice that resonates across the room.

And yet, he would also tell his students: “Grades don’t matter that much as long as you learn something valuable in class.”

It’s something his own son, Mark Benjamin, 23, a senior student of Industrial Design at UP College of Fine Arts, can attest to.

When his dad once asked him about current events of which he admits to being careless about, the younger Pacheco recalls answering, “Pa, hindi ko po alam (Pa, I don’t know).”

To which Dr. Benny said: “Not knowing is not an option.  The better response should be, ‘Pa, I will find out.’”

Beyond knowing the facts, the scientist also believes that learning should not stop at the receiver.  It should be passed on as clearly as possible.

In fact, he confesses that after attending a communication seminar for members of the media and the scientific community, he had become more appreciative of the media’s efforts to communicate science facts to an audience largely used to the instant gratification provided by tech gadgets and the Internet search engines.

“I used to think that the way media cover and write about us is superficial: a two-hour interview suddenly turns into a thirty second sound byte or a two sentence quote. At times, those (quotes) weren’t even the most essential,” says Dr. Benny with a hint of frustration.

He says he later realized that science reporting is not easy and that the two groups should meet halfway—with scientists being aware of news pegs and knowing how to effectively translate jargon and buzzwords into words that even ordinary folk can understand.

Dr. Benny says the four phases sometimes confuse people into thinking of a relay where certain sectors only get into action after the others had passed on the baton to them. “In reality, all sectors have a role to play continuously, forever managing disaster risk,” he clarifies.

So far, the government has published fault hazard maps that include the West Valley Fault (WVF) straddling parts of Metro Manila.

Any lot owner may request the Philippine Institute of Volcanology and Seismology (Phivolcs) for a certification of the distance to the nearest active fault, according to Dr. Benny.

In an e-mail, Pacheco said the WVF, when it ruptures, may split some houses or topple moderately-sized structures that are exposed within the approximate 10-meter strip zone that the Phivolcs has identified as fault zones. The no-build zone advised by Phivolcs is 5 meters on each side of a fault trace, hence a 10-meter strip that includes the fault line.

Only light, pliant, small structures such as those made of bamboo, wood or structural steel may prove resilient enough to withstand the rupture. Avoid building or re-building within the 10-meter-strip fault zone, he advises. In Quezon City, the Phivolcs and the local government have actually tracked and marked on the ground the estimated coverage of the WVF, for the information of local residents.

An initial number of public schools and hospitals are scheduled for upgrading as well, on the initiative of the national and local governments.

The Phivolcs and some government agencies and professional organizations are urging the public to self-assess their dwelling, especially if they are low-budget, non-engineered structures.

Building owners can also consult private engineers to assess the vulnerability of their structures.

Dr. Benny also clarifies the misconception that if earthquakes do not occur for a long time, then it won’t be happening anytime soon.  “In a fault that is determined by geologists to be active in terms of hundreds or thousands of years, a long absence of actual earthquakes usually means a build-up of energy that can eventually cause a major snap, (complete) with a high magnitude of energy.”

How does one protect one’s self during a quake?

The so-called “triangle of life,” on the other hand, is not a practical guide for action, he says.

Because the Philippines lies in the Pacific Rim of Fire, where strong earthquakes are expected to occur every so often, “we need to study what failed and what worked well, and how. In every disaster, there are both negative and positive lessons to learn, to improve our management solutions for risks in the future.” •