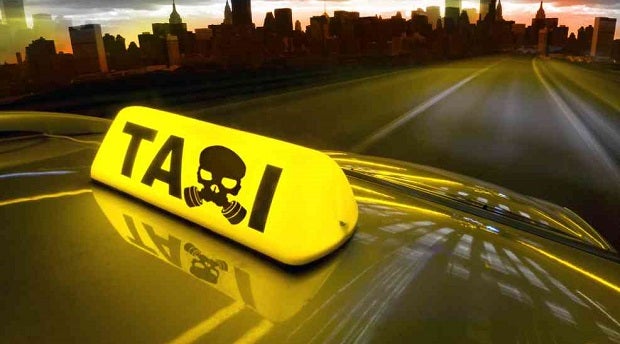 Is it real or an Internet hoax?

Facebook posts warning of taxi drivers who drug their passengers to rob them have been circulating in the social media, and have often been dismissed as a scam.

After all, people shrug, how can these so-called drugs affect passengers who complain of feeling nausea, dizziness and numbness, without also subjecting the driver to the same malaise in the confined space of a taxi cab?

That the posts fail to mention the body number or license plate number of the erring cabs only adds to the doubts.

A typical post, like one published on Oct. 20 last year, had the victim boarding a cab and asking to be taken from Manila to Tomas Morato in Quezon City. The passenger then heard the driver open his window, before spraying a vanilla-scented solution inside the cab. Within minutes, the passenger reported feeling dizzy and numb, and just managed to get out of the cab at the nearest gas station.

So far, the post has over 30,000 shares, and led to a case with the Land Transportation Franchising and Regulatory Board (LTFRB). The full-blown investigation was launched after other victims came forward to report similar incidents.

On Sept. 2, Lizano, a freelance radio and television talent, hailed a cab along H.V. de la Costa Street in Makati City to get to a studio 10 minutes away.

Sulit, on the other hand, rode a cab along Congressional Avenue in Quezon City around noontime on Sept. 26. The graphic artist, used to taking taxis every day, was on her way to a photo shoot.

Immediately, both women said, they sensed something was off with their cab drivers.

For Lizano, it was the cab’s erratic speeding. “The driver would speed up, slow down, speed up again and slow down,” she said. A car owner herself, Lizano knew his driving was not normal, but chalked it up to the driver’s old age.

In Sulit’s case, she said the driver “didn’t even bother to look back [at me] when usually [drivers] would ask where you’re going.”

The women’s suspicions were confirmed when some five minutes into their ride, their respective drivers brought out their weapons of choice.

In Lizano’s original Facebook post, she wrote: “Out of nowhere, the driver took out a red, worn-out wash cloth or bimpo, and started playing with it. He kept twirling it in front of the air-con, and would at times act as if he (were) drying it.”

In Sulit’s case, she recalled that the driver took out a clear bottle with a “vibrant” blue liquid from his glove compartment and sprayed it once or twice on himself, inside his polo shirt.

“When he sprayed it, I assumed it was cologne. But because there was no smell, I had my doubts,” Sulit said. “He [then] started rubbing his nose with a handkerchief that looked moist. After that, he used his hand to wipe his nose,” she said.

Both women said the substances used had no scent, unlike the reported vanilla smell from the Oct. 20 incident.

They added that almost immediately, they experienced numbness and dizziness, and found it difficult to breathe.

“I could feel my heart racing,” Sulit said.

The whole time, both drivers kept looking back at their passengers from their rearview mirror. And because the two women had already read stories on the modus operandi (MO) on Facebook weeks prior to their ordeal, they knew they had to escape as soon as possible.

The regular Manila traffic allowed both women to exit their cabs right away. Lizano went down at Salcedo Street while Sulit got off at an intersection along Mindanao Avenue.

“When I opened the door, I looked at him and said, ‘Kuya, alanganin yung spray mo (The spray you used is rather off).’ I wanted him to look back so I could see his face, but I only saw his eyes through the mirror. He simply looked away,” Sulit said. “He didn’t even complain that I hadn’t paid the fare.”

“If I hadn’t gotten down right away, I guess I would have passed out,” she added.

The women said their ordeal lasted only 10 to 20 minutes each, but the trauma has lingered. “I haven’t been riding any cabs. I just take the jeep or use my car. I don’t think I can go through that same trauma again,” Lizano said.

The two reported the incidents separately to authorities, with Lizano filing a complaint with the Makati police one month later though she did not pursue a case with the LTFRB at her mother’s request.

“She was afraid something bad might happen if I come face-to-face with the driver,” she said.

Sulit, on the other hand, was among the victims assisted by the LTFRB in October last year. Unfortunately, her case did not prosper, “because the plate number was not valid,” she said. The plate number was traced to a jeepney and the LTFRB had no record of the cab franchise.

In a report published in the Inquirer, the LTFRB on Nov. 6, 2013 suspended for 30 days the operation of the Dad’z taxi (UVW 243) mentioned in the post. The order, enacted “in order to protect the riding public from further harm,” came after a consultation was held with eight victims and five of the eight taxi operators accused of the MO.

In the report, LTFRB Chair Winston Ginez said that aside from the suspension, the case would be turned over to the Quezon City police for further investigation. Ginez also quoted Elena Enciso, operator of the Dad’z taxi, as saying that what the driver sprayed was merely fabric conditioner.

As of press time, however, no suspension has been carried out due to Enciso’s and the taxi driver’s failure to surrender the cab’s hire plate numbers before Nov. 16 last year.

In a show cause order dated Dec. 23 last year, Enciso and the driver, Ronald Reynoso Kelley, are required on Feb. 12 to appear before the LTFRB to explain the noncompliance. Ginez was not available for an interview with SIM as of press time.

For cases like these to gain traction, the chemical allegedly used must first be identified.

Dr. Visitacion P. Antonio, head of the Poison Control Center of East Avenue Medical Center, said there were many possibilities as to the chemical used to drug the passengers. “What we really need are samples… so that we know for sure.”

Antonio, a practicing toxicologist for 18 years, said the victims should be advised on how to gather evidence to “solve the problem and help (toxicologists) assist them so they can file a case.”

The effects described by the victims could be psychological, she said, because the cab drivers should have also been affected by the chemical. “It’s impossible that if [the area] is enclosed, the [driver] won’t be affected.”

In fact, she recounted being once approached by a colleague, a male doctor, who said he, too, had experienced a similar MO and wanted to get tested so they could identify the substance used to drug him.

“The problem was, hours had passed before we were able to get a sample of his blood,” Antonio said. “It was about four to six hours after [the incident].”

She said clothes could be tested for traces of these substances, but in the male doctor’s case, “he didn’t have any extra clothes with him, so he couldn’t immediately turn over to us the ones he was wearing.”

Chloroform was the first substance that came to Antonio’s mind when the victim described the effects he felt.

Chloroform is commonly used as a solvent in laboratory research, in industrial applications and in producing chemical refrigerants. When absorbed by the body, its effects include nausea, dizziness, headaches and numbness.

“But (chloroform’s effects) are nonspecific,” the toxicologist said, “because other chemicals could have the same effects.”

Since the described effects were general and nondescript, Antonio said it would be premature to single out chloroform as the chemical used in the MO.

Even household and industrial products like adhesives, aerosols (air freshener, deodorants, paints with butane), nail varnish, paint stripper, and dry-cleaning and degreasing agents with ethylene can be abused by inhalation.

Antonio said they also tested for “organic vapors,” which is a wide range of substances made up of organic compounds like carbon. Some of the organic compounds they checked included benzene, toluene, ethyl acetate, methanol and acetone.

But the results for both the chloroform and organic vapors were negative, she said, and this may be attributed to the fact that the chemical was absorbed by the body through inhalation.

According to Antonio, when a substance is “inhaled, it only stays in the body for a short while.”

She added that a description of the scent may be insufficient to identify a chemical because a number of factors can inhibit a person’s olfactory senses, like smoking and colds.

Antonio said complainants can use unscented wet wipes to gather traces of the substance inside the cab. “You can wipe the carpet or the ceiling of the car, then seal the wipes inside a clean plastic bag. You can even wipe the car seat. You can use that as evidence.”

She said that if the tests prove that the substance is present in the victim’s blood, clothes and in the specimen taken from the cab, these would give investigators a stronger case.

Antonio stressed that the so-called taxi scam has become a public health concern and that passengers should know what to do in case should it happen to them. (See sidebar for safety tips when riding cabs in the metro.)

Lizano stressed that the public should not disregard stories like hers. “When you read posts on Facebook, especially if you don’t know that person, you’d think maybe this didn’t happen.”

“But when I experienced it firsthand, I felt it was my responsibility to post it on Facebook so that people be warned,” she added. “It pays to be aware, informed and alert.”

With a report from Jeannette I. Andrade