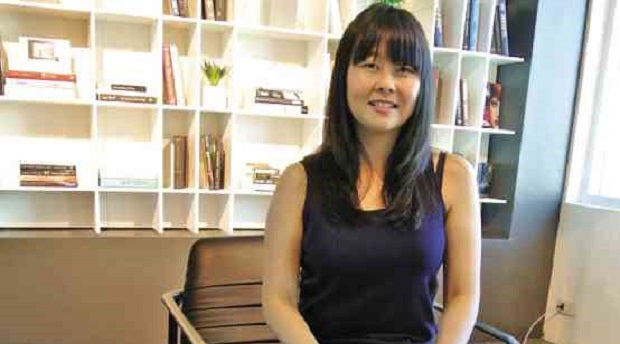 In love with Lang Leav

Google Lang Leav and what you’ll see are pages and pages of poetry—some from her book “Love & Misadventure,” some from her Tumblr page—shared and reposted by fans from all over the world. Her childlike, whimsical, sometimes-triumphant-sometimes-melancholic voice has resonated with a lot of readers. “Thank you for managing to write the feelings we can never put into words,” one fan wrote on Twitter. It’s a sentiment echoed by many.

Before the Tumblr generation discovered her work, Lang Leav had gotten recognition in Australia, which became her home 11 months after she was born in a Thai refugee camp. First, she received the Qantas Spirit of Youth Award for her fashion line Akina. “It was pretty amazing. I was so used to just working away in my little corner and all of a sudden I was thrust in the media spotlight,” Lang said. Then, she won the Churchill Fellowship. “It was a $25,000 grant and I got to go to Japan to study the underground fashion subcultures there. That was really cool.”

Soon, Lang Leav had a small cult following, a fan base that has grown immensely after the worldwide release of her book “Love & Misadventure” last year.

It was because of this book, which she wrote and illustrated, that Fully Booked invited her to the Philippines for a three days of readings and signings at Ateneo, Fully Booked Bonifacio High Street and Fully Booked Alabang were packed, with Lang signing 800 books in just one afternoon. Excited fans turned to Twitter and Tumblr to express their excitement over meeting her. “Traveled all the way to Alabang just to meet you in person! I love you, @langleav,” @alengsoriano wrote.

Filipinos have more reasons to love Lang. In December, for a week, she pledged all her royalties from her US book sales to the Red Cross Haiyan relief effort. Her donation was matched by her publisher Andrews McMeel. Lang also donated a signed and number print of her cover artwork “Clown Girl” to be raffled off for the benefit of typhoon victims.

We sat down with Lang in Fully Booked Bonifacio High Street hours before her first signing to talk about her art, her fans, her partner Michael and why she writes poetry on old envelopes.

You write, you draw, you design clothes, you’ve started singing your poetry, do you have a favorite art form?

Writing has always been my first love. Every creative endeavor that I do, I think the thing that binds them together is the storytelling, the writing. That’s central to everything I do.

When did you first realize you had a passion for creating?

My mom says as a little girl I always had a pair of scissors in my hands. I was always creating something, writing, drawing, making something, sewing. It’s always been with me.

When did you start making handmade books?

I’ve made them all my life. But in terms of making them and selling them, the thought just popped into my head. It was a weird, crazy idea. I was essentially putting my career in fashion on hold and everything was going so well for me. But I think sometimes, an inner voice speaks to you and guides you. I ended up doing five different types and there were a couple of them that I think I ended up doing a hundred of. After finishing a hundred of “The Little Mermaid” and sending them all out, I spent three days on the couch. I just ordered all of my favorite food and did nothing but watch DVDs and eat.

You started with handmade books and now “Love & Misadventure” has been released worldwide. How different was the process? 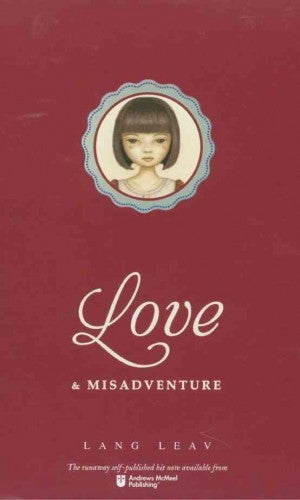 It’s so different. Because I’m so crazy, I thought, again, I think I’m gonna do it like a handmade book. My partner Michael (Faudet), who helps me out and who has a lot more sense than I do, said, “So you’re gonna make all the books? I think you’re gonna sell more than a hundred. Why don’t you look at self-publishing?” Because my handmade books are so intricate and pretty, I had a hard time letting go. But I decided to self-publish and when I got the printing samples back from the printers, I was really happy with them. A few months later, I was contacted by a literary agent. They took over, got me a publishing deal with Andrews McMeel and then it became mainstream. I’m glad I didn’t do a handmade version because I did end up selling quite a bit more than a hundred.

Did you expect your book to become a bestseller? And when did you find out that it had become huge?

No. It just sort of crept up on me. I don’t know if there was a defining moment that I realized that so many people were buying it. It just sort of happened. All of a sudden it was everywhere.

Do you still get a kick out of seeing your book in bookstores?

Yeah! This morning, I had to contain myself. It’s really exciting. When I get people posting pictures of bookstores online, they’re my favorite. I’ve basically spent my whole life in bookstores or libraries, I was very nerdy. So seeing my books on a bookshelf is an absolute dream come true for me.

Do you have any quirks as a writer or do you write anytime anywhere?

I don’t have any rules at all. But generally I find that poems tend to come to me when I’m in a relaxed state, when I’m doing yoga or running or cooking or driving. The most annoying thing is when I’m about to fall asleep at night, that’s when the ideas tend to come. I think I’ve lost a lot of poems that way, I just couldn’t be bothered getting up. But then Michael said to me, “Just get up even if it’s in the middle of the night, just get up and just write the poem.”

Do you write in notebooks or on your computer?

Generally just old envelopes. We’re pretty messy people, we get bills and things that are just lying around the house unopened. We never open our letters so generally I write on the backs of envelopes.

Michael is a writer too—is it crazy having two writers under one roof?

It can get crazy but I think we work really well together. Ever since we met, we’ve been great collaborators. He’s just been the most amazing thing in my life. He really believed in my writing and he always encouraged me. He’s a really talented writer, he’s won so many awards in advertising. When we met, he was writing this really beautiful gothic novella, it’s kind of like a modern day fairytale. It’s so gorgeous and it’s something that I keep pushing him to get it out there because I think everyone will love it. He’s got a poetry book coming out hopefully by March so watch out for that.

You’re so connected to your fans online -we see you trying to reply to all of them. Is that important to you?

Absolutely. They’re just the most lovely, most wonderful people. It’s like finding your people, people who share the same kind of mentality as you and who love the same things as you. I love talking to them.

Do you agree that you’re bringing poetry to a generation that might otherwise not be so appreciative of it?

Yeah, absolutely. A lot of people who write to me say, “I don’t even read poetry but I really love your work.” I think anything that brings attention to poetry is good. I feel a little bit like it’s a dying art because a lot of poetry now is so esoteric and so difficult to connect with. And that’s why, like Emily Dickinson and Robert Frost, I try to write and convey really complex emotions and thoughts into something that’s very simplified and very easy that people can take and suddenly, they’re the protagonist in the story and they can relate it to their own lives.

What’s the best thing anyone’s said about your work?

Oh my goodness. There are things that a lot of people say collectively, like “You helped me through a down time,” or “It helped me understand myself, that I wasn’t alone,” and the thing that makes me the happiest is when people say, “It inspires me to write my own poetry.” That’s my absolute favorite. When I look back at the times in my life when I wasn’t writing, I wasn’t as myself. I think when you write, you’re more in touch with yourself. I always say, never forget your words, always remember your words, your words are your power. If I can get more and more people to remember their words, I think that’s a really beautiful thing.

How do you feel about being in the Philippines?

Really happy, really excited. It feels a bit surreal. I’m only here for work but I’d love to come back again.

What else can fans expect from you?

I’ve got another book coming out soon. It’s almost finished.

How hard was it to select which pieces to include in the book?

It was really, really hard. It’s a really funny story, actually. I kept chopping and changing, trying to get the new material into the new book and then one day, I was printing out a draft of my book and I just grabbed a bunch of paper and stuck it in my printer and I left the room. I came back and I saw that I had grabbed just enough paper to print the entire manuscript. I thought, “Okay, that’s it, that’s the book. It’s a sign.”