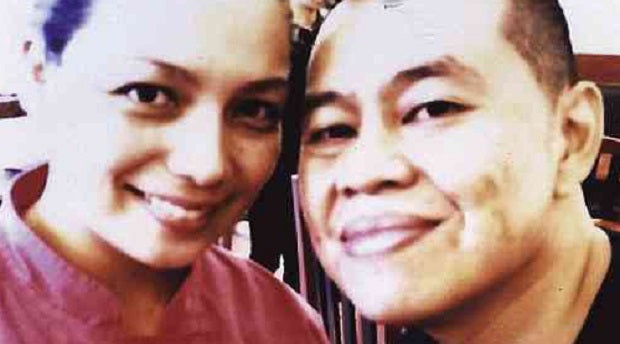 It was a lively dinner dance held at Jazz ’n Bluz to mark the birthday of Arcadio “Dodong” Alegrado, erstwhile honorary consul general of Austria. The place is noted for its excellent band, which nightly attracts Cebu’s dancing-est denizens.

For this particular celebration, the place was closed to the general public, as arranged by Dodong’s daughters, June Alegrado, and Julie Alegrado Vergara, now the honorary consul of Austria, assisted by her husband, Vic Vergara and their son Joaquin.

In lieu of gifts, guests and well-wishers were requested to make donations to the typhoon victims not only of “Yolanda,” but also of “Agaton,” which had caused destructive floods in Butuan where the Alegrado family has business concerns.

“You’re just too good to be true,” sang the attractive singer of the band, and that was an indication for the dancing to start. Then followed “Heaven, I’m in Heaven” and “Cheek to Cheek.”

It was more like twirling and swinging as Josephine Aboitiz Booth was whirled about by her partner. More belles at the ball were Marguerite Lhuillier, Rosebud Sala, Evelyn Ugarte, Arcy Gayatin, Yvette Vass, Teresin Mendezona and more.

There was a slight interruption as Dodong Alegrado recalled his venture into the production of pearls. He has long since wrapped it up, but he had with him a bag of pearls, some of which he decided to raffle off that evening among the ladies present.

As luck would have it, Amparito Lhuillier won the top prize: a smooth south sea pearl of very good luster, not to mention size. Amparito was thrilled no end.

Der Kaiserhof is regarded as the best restaurant in Cebu City, serving hearty, sumptuous German food. It is located on a little street off Rahmann Street, beside the landmark ancestral home of the Borromeo family with its terraced gardens.

Kaiser is the German word for emperor, and what you see as you enter the place is a collection of photos of various members of the Hohenzollern dynasty, which first ruled Brandenburg, then the Kingdom of Prussia, and finally the German Empire until its demise in 1918.

Ruling over Der Kaiserhof is Karlheinz Neumann, assisted by his wife Siony, their daughter Lisa N. Atillo and her husband Nico Atillo.

Lisa and Nico Atillo have set up another Der Kaiserhof at the Banilad Trade Center (BTC), amid a row of dining places quite popular with the urbanites who live in the nearby residential subdivisions.

The inaugural was en epic party that started at 2 p.m. and went on up to near midnight. Welcoming all were Lisa and Nico, Karlheinz and Siony, with their little grandson Fernando.

Winglip and Pinky Chang were asked the usual question about when the Grand Majestic restaurant will reopen at its old site. It will offer three choices—a seafood city, a regular Chinese restaurant, and one offering lauriat dinners. Anytime now, they said.

Meanwhile, Der Kaiserhof is packing in a steady flow of diners who come to feast on all manner of schnitzels and the juiciest sausages ever.

“One night, we almost ran out of them,” said Karlheinz, chuckling.