The Rat and the Oriole | Inquirer Lifestyle ❮ ❯ 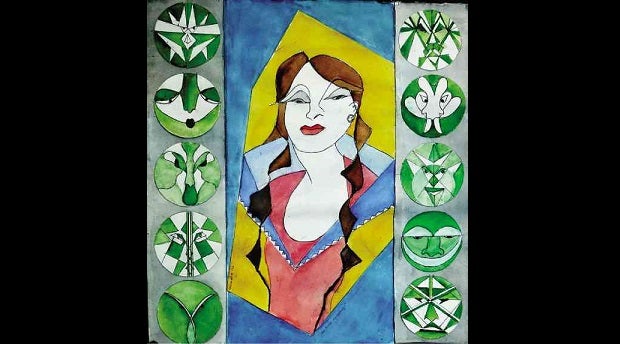 The Rat and the Oriole

NOTA BENE: I have loved this age-old Bukidnon tale ever since I first read it in the dissertation of my friend, Dr. Carmen Ching Unabia.

That an artist (the Rat) can become so engrossed in the pursuit of his art that it consumes him unto death is recorded in biographies of many starving European musicians and painters. All of us who engage in some form of art have experienced touches of such dedication.

The tribal take on it, though, anthropologist E. Arsenio Manuel writes, is a bit different.  The tale reminds younger Bukidnon folk not to forget their traditions, old values that must be kept alive. It is a touching and exquisite tale.

The rat had roasted some corn. He strung the kernels together and placed the string around his neck.

“It’s such a pretty necklace,” he said, “that I would like to exchange it for a beautiful song.”

And he walked down the road wearing the necklace of roasted corn around his neck.

A crow met him and said, “What is that fabulous thing around your neck?”

The rat answered, “It is a pretty necklace of corn which, by the way, I might part with in exchange for a nice song.”

“In that case,” the crow answered, “I would like to try for it.”

“All right,” said the rat. “But you can have it only if I like your song.”

“I shall try my best,” said the crow. And so saying, she opened her mouth and began to sing. “Wak, wak, wak,” went the crow’s best song.

The rat shook his head.  “Stop! It’s not what I want at all. You just haven’t got the voice so let’s not waste time.”

The rat continued on his journey. Soon after he met a hornbill who asked, impressed, “What kind of a necklace is that? It’s so attractive!”

When the hornbill found out that the corn necklace was being bartered for a song, she said, “Stand there awhile and listen to my song.”

“If that’s the best you can do,” interrupted the rat, “then I don’t want it at all. Is that the only song you know?”

“I’m afraid so,” sighed the hornbill as the rat walked away.  She did so want the necklace in order to eat the roasted corn.

Only for a beautiful song

Finally the rat met a bright-yellow oriole. The oriole, too, wanted the pretty necklace.

“You are selling that, I hope?” the oriole asked.

“That’s the reason I’m going around,” said the rat. “I’m willing to barter it—but only for a really beautiful song.”

“Stay then,” said the oriole, “and listen carefully to my song.”

(The song narrated how the oriole captured a small bird for her meal. First she hid in the cogon grass.  When a bird passed by, the oriole caught it and brought it up to the sky.  Whirling it like an airplane, she ate it for her meal.)

The rat was pleased with the oriole’s song. He asked the yellow bird to sing it over and over so that he could memorize it.

After singing it together several times, the rat told the oriole, “I have finally found the song I like.” And he handed the necklace of roasted corn over to the oriole.

“I hope you will never forget the song, my friend,” said the oriole. “Just remember,” she warned, “If you find a tugis tree along the road, don’t stop, for it will make you forget the song.”

“All right,” promised the rat.

The rat walked home happily singing the song over and over.  Satisfied, he told himself, “Now, I have mastered the song.”

Halfway home, however, he saw a wide area full of fruiting tugis trees.

“I didn’t realize how hungry I am,” thought the rat, upon seeing the laden tree. Immediately he began stuffing his mouth with the ripe tugis fruits. Then he suddenly remembered the oriole’s warning.

“Anyway, I’ll try to sing the song again. I can’t have forgotten it so soon.” But try as he might, the rat could not sing the song correctly anymore.

Contritely, the rat went back to seek the oriole’s help. He told the yellow bird what had happened and the good oriole taught the rat the song once again. When the rat could sing the song again, the oriole gave him the same warning: “Just straight ahead, no looking to left or right.”

“I’m very grateful,” the rat replied. “And I promise not to look at another tugis tree again.”

The rat walked straight on without turning his head. It began to rain, first a few drops, then harder and harder till he was wet all over. But tempted as he was, the rat would not seek shelter under the clump of tugis trees.

When he got home, the rat went straight to the tripod where embers were burning. As he warmed his cold wet body, he kept singing the oriole’s beautiful song. He was unaware that his tail had caught fire and was already beginning to burn.

As the rat was still feeling chilly, he continued singing until finally his whole body was burning. But he did not feel any pain. And there the tale ends because the rat by now is completely burned.